The purpose of this little Guide is to help New Players to choose their Character by comparing the Passives and Amulets they have.

In Solo Mode there is no AI bot, the game is fully made to play alone without any gameplay drawback (beside the fact that only Archimedes can open and gain access to the Ancient Alcoves that contain non-essential treasures).

In Co-op Mode two Players can select the same Character. Money, Gems and Jars are not shared within the Team. Cats & Relics are shared. 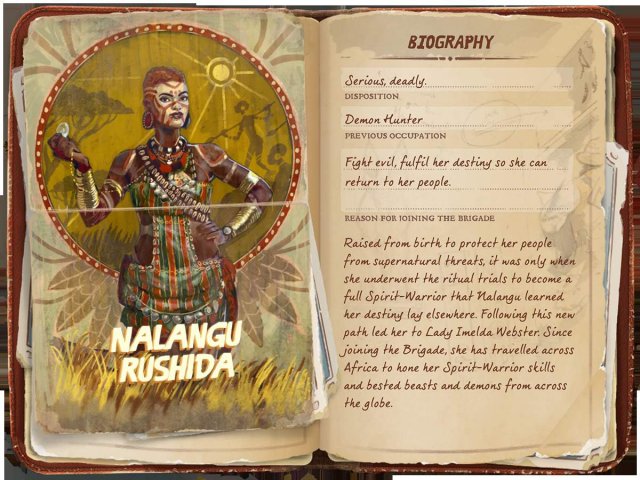 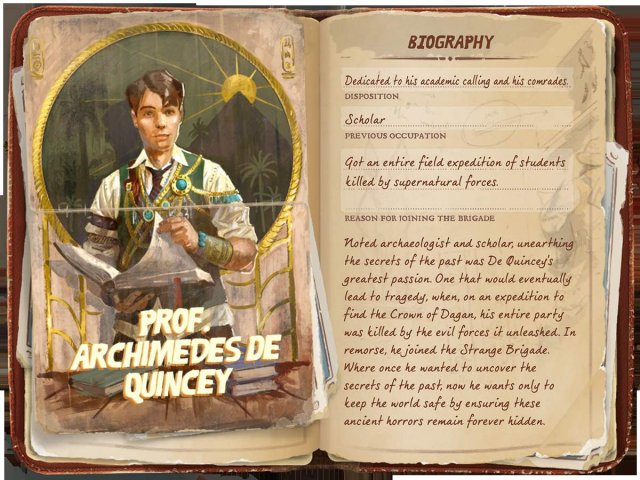 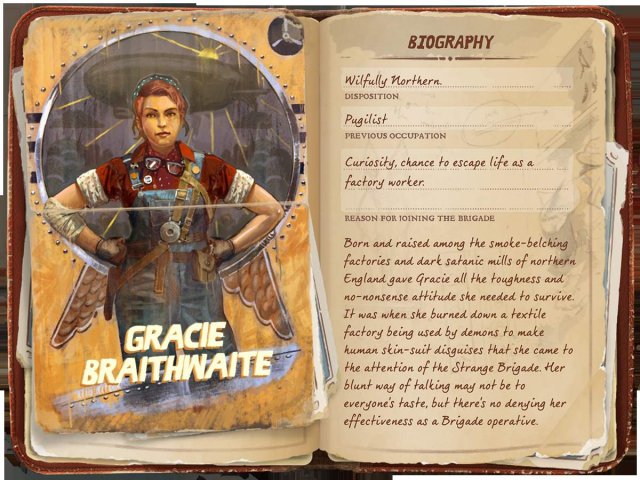 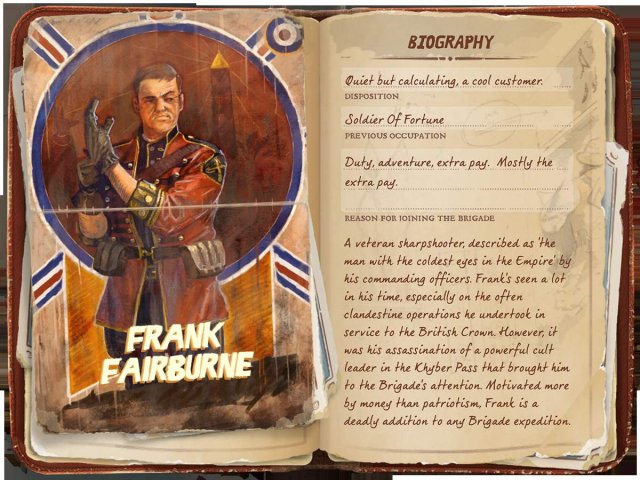 Within the first 30 days of the launch, Winston Bey was free to all players who purchased Strange Brigade. Winston is also included in the Season Pass and the Deluxe Edition or in the “Gentleman Explorer Character Pack” DLC. 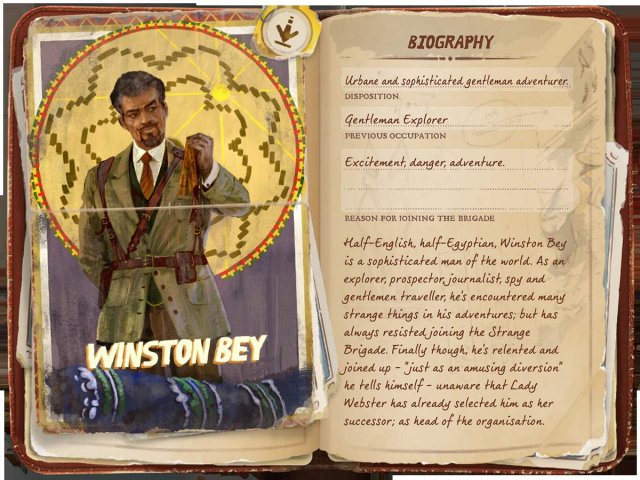 Four new Characters were added as a part of the Season Pass and the Deluxe Edition. They are purchasable individually in DLCs as: 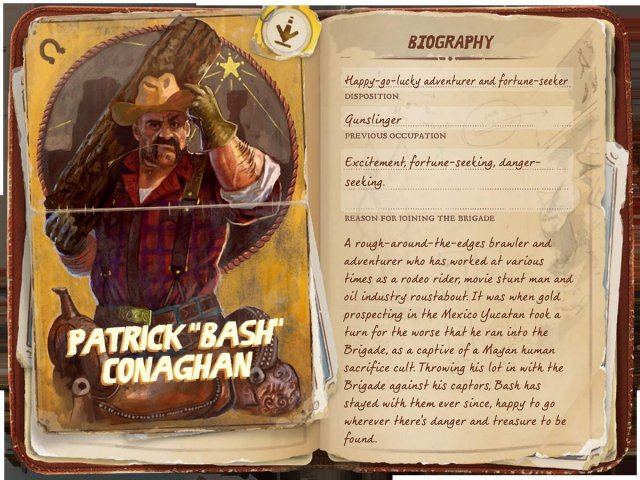 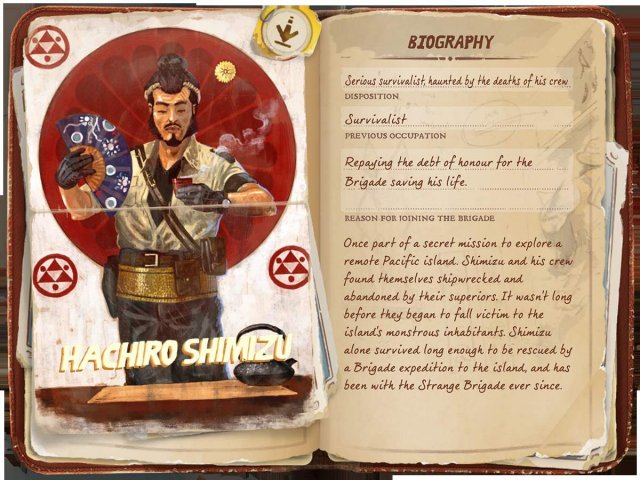 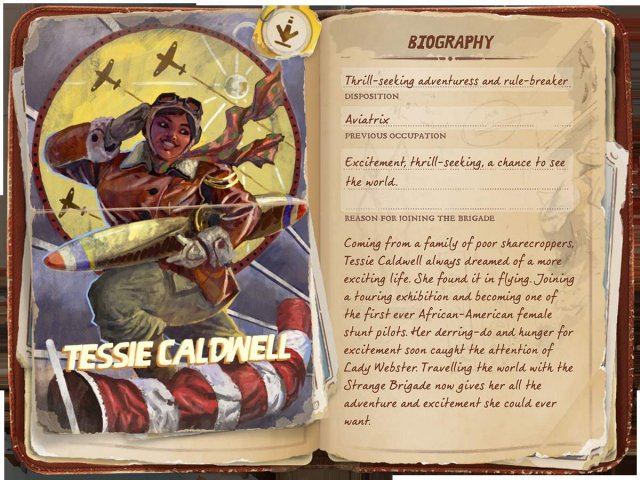 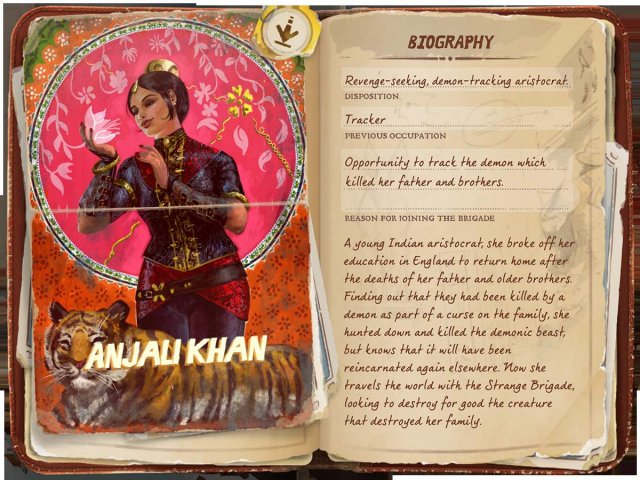 Every member of the Strange Brigade have two passive Abilities. Some of these abilities are unique to a character:

Some abilities seem to have the same effect but aren’t named the same way: 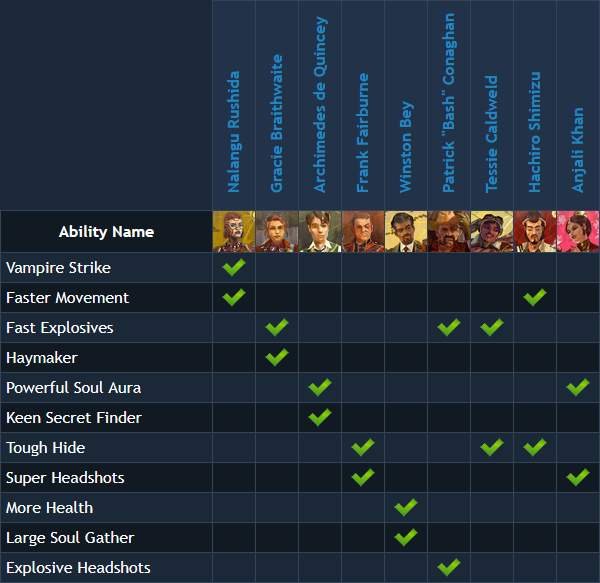 Vampire Strike: The Player drains health from foe when performing a melee attack (the kick heal, not the kill like the weapon upgrade Gem).

Faster Movement: Run faster (when the character holsters his weapon). I believe the increase is something like +20%.

Fast Explosives (CDR): Explosive, Grenade and Dynamite cooldown is reduced. It seems to be approximately -20%. 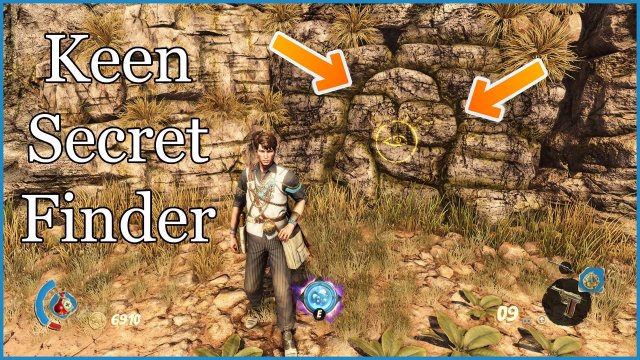 Haymaker: Vicinity foes are Knockback by a Shockwave when the Player perform a melee attack. 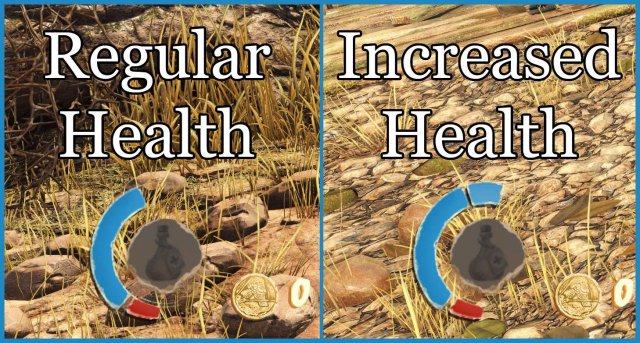 Super Headshots: More weapon damage when you land an headshot.

Explosive Headshots: More weapon damage when you land an headshot.

There is 21 distinct Amulet Powers in the Game. Each member of the Strange Brigade (9 Characters) start with one unlocked Amulet Power and 3 locked ones among the last 12. The Player need to unlock these 12 Amulets Powers using his well earned Skill Points. 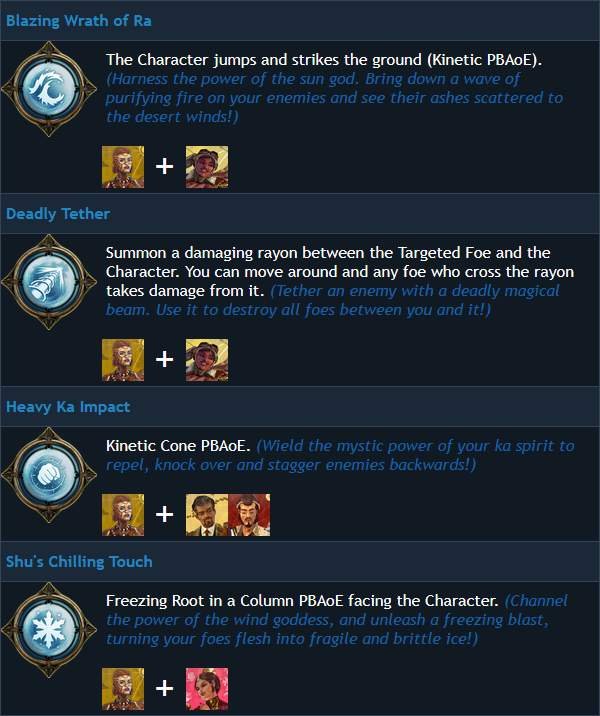 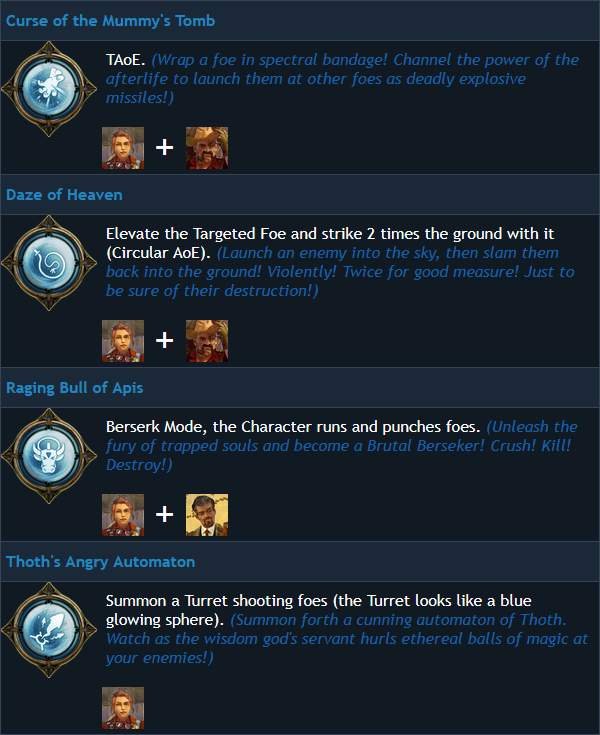 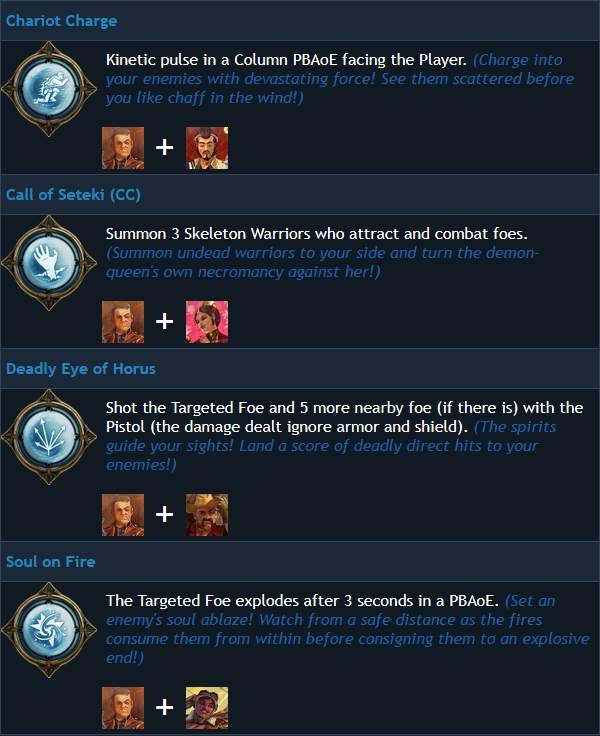 Strange Brigade – Solving the Puzzles of the Dead

Void Puzzle This one is a little tricky. You have only 4 rooms in a circular arena that can help you fight the onslaught of undead, plus it’s easy to […]

A buyer’s guide to some of the finer things in Strange Brigade. Other Strange Brigade Guides: All Collectible Locations Guide (Jars, Letters, Relics and Cats). Hidden Valley (Level Guide). Harbin’s […]