Basically how to easily deal with all 4 fat molded in the wrecked ship, madhouse difficulty. Each one being a mini boss fight if not done right, and a major drain on resources.

They suck, they hit hard and they are way too strong. Its the fatties, and there are 4 of them on the wrecked ship near the end of the game.

I found a way to cheese them in the wrecked ship, where you dont have the necessary gear to deal with them. Also comes with a short video to make it easier. 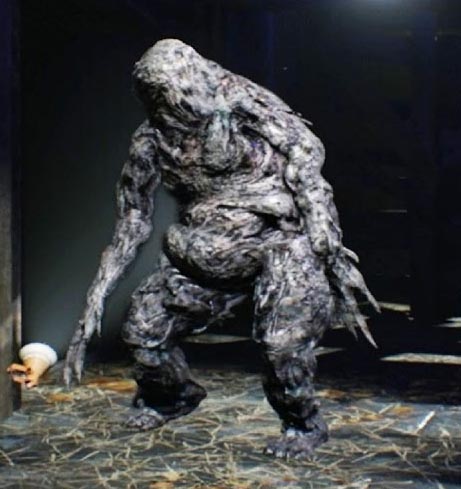 The 2nd floor of the wrecked ship starts off STRONG with 2 fat molded! And you don’t even have a weapon yet to deal with them.

Run to the save room and grab the saw if you have it. If not, take the corrosive and head to the first floor for the knife.

The trick is to use the doors to block their attack, while slowly attacking them until they die.

A single fatty shows up to ruin your fun. As long as you DON’T touch the wire, you won’t have to fight the fatty and a normal molded. Fighting them both at the same time is no fun, and a waste of time if it can be avoided.

Easiest way is to just use all 5 remote mines on him. 3 are found in the first floor, 1 in the safe room and the last one ont he 4th floor, in the captain’s cabin.

Note: If you’re feeling brave, you can try to quickly remove the cable and run past the fatty and regular molded. But since the game gives you the bombs anyways, why not use em?

The last fatty, meant to be some sort of final boss for the area is in the engine room. Too bad this little miniboss can be easily avoided. Just make him spawn and leave. Run back and exit the room before he can respawn.

I haven’t tried just running past him, maybe you can. The walkway is narrow, and this was easy enough so I didn’t bother.

And that’s it, level complete.

While you play Resident Evil 7, you’ll pick up quite a few things. Among the most valuable pick-ups in the game are the antique coins. ContentsAll Antique Coin Locations on […]

Resident Evil 7: Biohazard – How to Repair the Two Broken Weapons

Here, I’ll tell you where to find the two repair kits so that you can repair the broken handgun and later on the broken shotgun. The First Repair Kit The […]