Caution: This guide only gives information regarding the units! he does not talk about factories / focus tree.

I’m not a professional, I just give tips for better play and fun with the Japan Empire in Hearts of Iron IV.

The Japanese infantry is divided into two groups:

The former are heavy divisions of 12 small arms and engineer and support reconnaissance battalions, while the latter are island and border garrisons composed of six small arms battalions, which will be difficult to win.

Although portrayed as armored divisions, the Dokuritsu Konsei Ryodan are actually made up of five small arms battalions for two light armored vehicles, which makes them lose their advantage of speed, and are assisted by a service company genius.

The Kihei Shidan are cavalry divisions with six battalions each, while the Jidousha Shidan are strong divisions of twelve motorized infantry, support artillery, engineering and reconnaissance battalions, benefiting from their speed and speed. light attack, but also penalized by their combat area. Finally, Japan has its amphibious troops, the Rikusentai, composed of six battalions of navies and a company of engineering, useful for taking islands in the Pacific.

Poorly equipped and too small to face all its potential enemies, the Japanese army must be equipped. If some of his troops have been trained, others are still penalized. 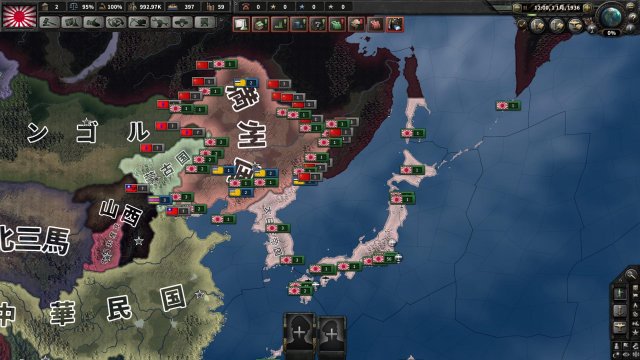 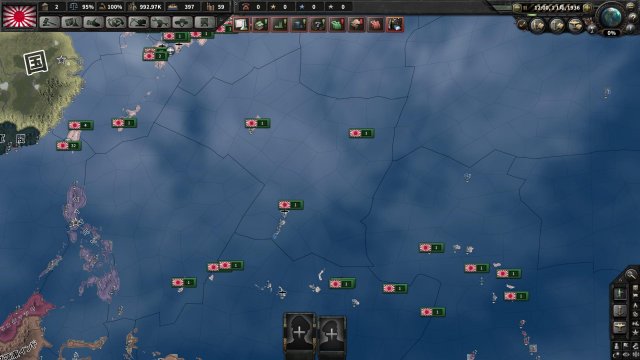 What it does to him already a good armada.

The organization of units and very important, if you do not know where your units are or you do not know the group to which you had assigned them, you will have trouble to continue.

It is always advisable to create your own organization, but to help you I will introduce mine, which is the most used. 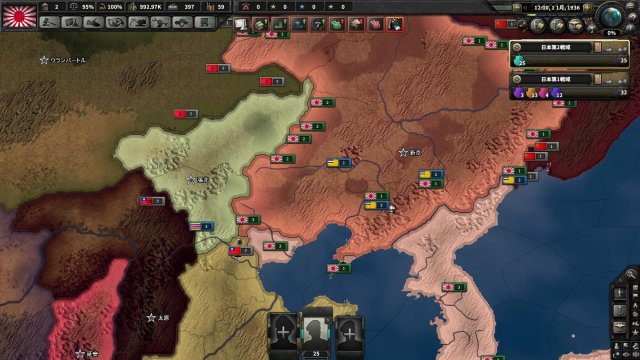 We will start with the place where there are the most units for Japan, Manchuria.
Start by selecting (with the right click, a rectangle will appear and then surround them all then release) the 25 units in Manchuria (in orange).

Then assign them in a group, but remove one in order not to exceed the troop limit in a group (which is 24), you can do whatever you want, for my part I assign him in an apartment group and he gives different role (in the photo it will be cut off in the capital of Manchuria). 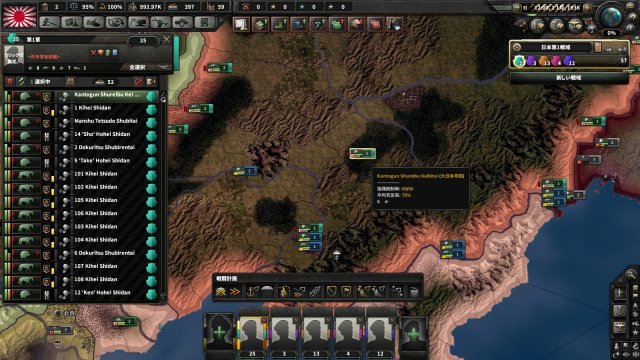 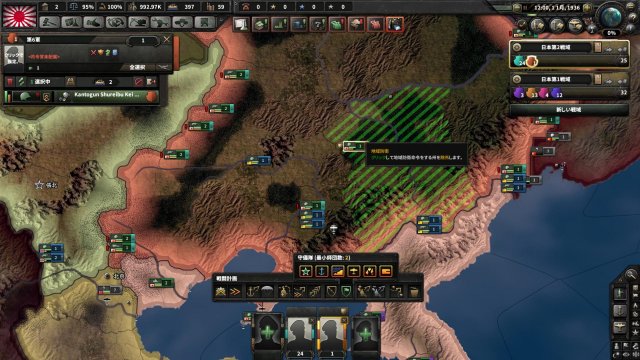 Then you can give orders for other troops to place on the border with the Soviet Union, this to be of primary importance to you if you take the priority Attack the Soviet Union. 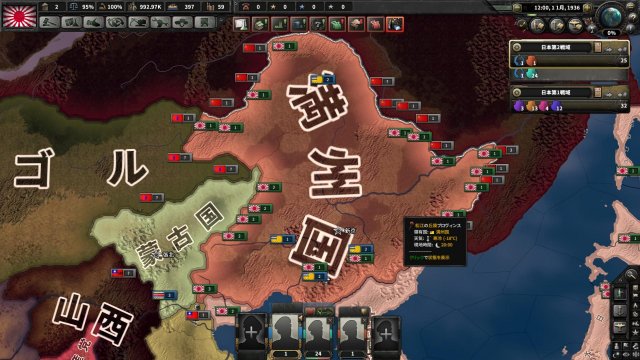 Then what is there for the troops in Korea, you can simply subdue them all over the peninsula, it will protect it in case of invasion. 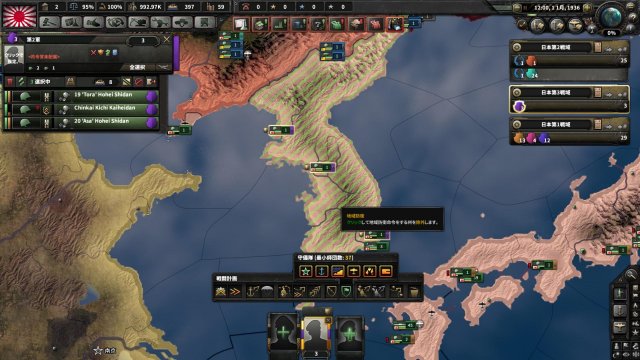 As for the units in Japan, you can either use them as a reserve, or just the entrenched for which also the island defends in case of attack. 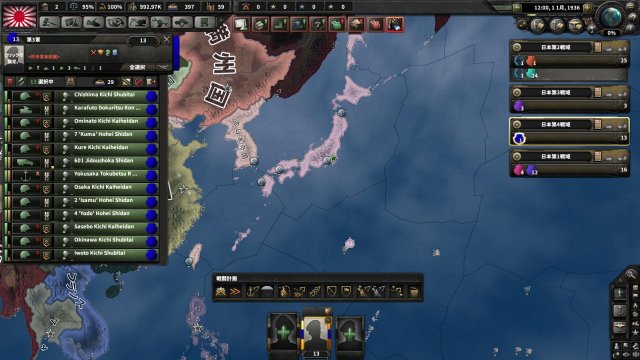 Same for in Taiwan. 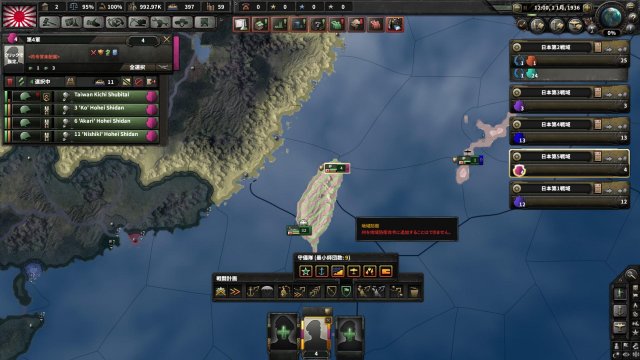 For troops in the Pacific, it is recommended that they be used as reserve units (they are of rather low importance), thus leaving them entrenched in the islands to defend them from outside invasions. 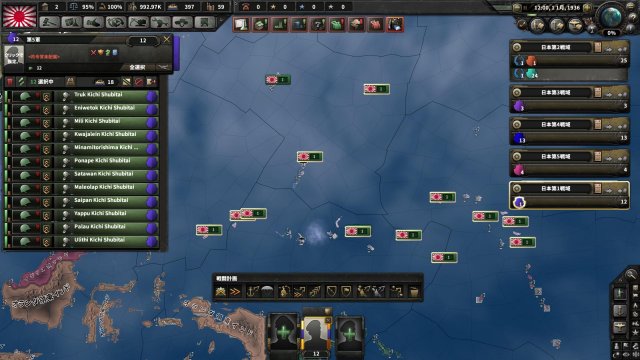 For the 3 units in China, you are free to assign them or you want, for my part I retrench them. 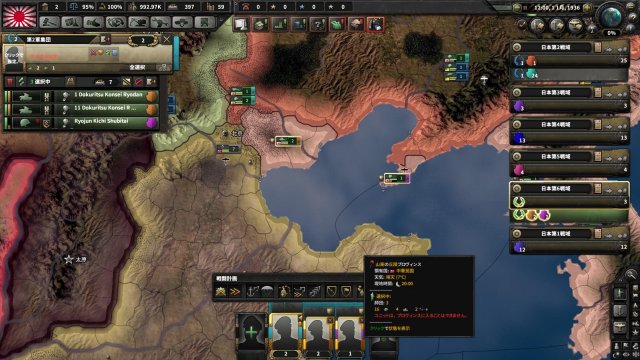 Hearts of Iron IV – Guide to Division Templates for Dummies

Hearts of Iron IV – Kaiserreich: How to Win the 2nd American Civil War

A short, easy and funny guide how to form the Byzantine Empire in Man the Guns. 10 Easy Steps to Achieve Roman Restoration! After many tries, I finally did it. […]