Increase the chance of telefrag against AI opponents on a specific location. 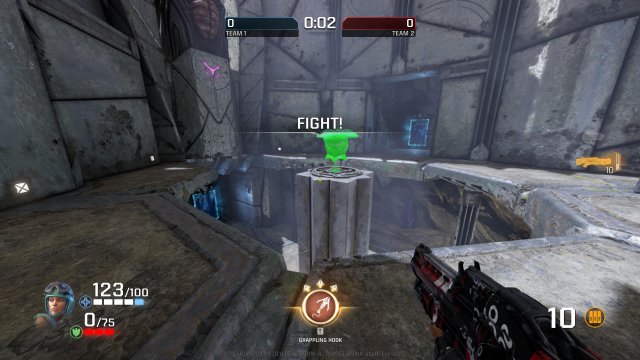 The guide is only deemed viable until the developers make any changes to the game, which can potentially make the trick significantly difficult, or impossible to execute in the future. Keep in mind that games in the state of being Early Access are more likely and frequently to be tweaked.

Potential scenarios that the developers can do to make the guide ineffective:

Old Mother Approves achievement is one of the rarest ones, which implies that these telefrag medals are hard to come by, and of course they are. I personally managed to get 18 Perforated medals within 130 hours of normal but rigorous gameplay. However, if you intend to get the medal, it becomes very difficult to anticipate. I got 7 remaining medals to complete the Steam achievement in a relatively short time by following this guide. Therefore, it is the only viable and consistent way to farm the medals with steady and good enough probability.

In addition, be knowledgeable about the fact that the bots’ different skill levels can affect their movements, and accordingly affect your chance of telefrag. For example, when their skill levels are too low, they won’t come as often to pick up the heavy armor near the portals.

If you have a friend to boost with, farming can be done significantly easier and this guide is unnecessary, of course.

This guide mainly shows how to get Godlike achievement but in this way you can also earn Unstoppable and Dominating achievements too! Introduction Achievements Description: Dominating Earn 50 Rage medals […]

A basic overview of Clutch strategies, abilities, and other essentials. Clutch Overview Clutch is one of the harder Champions to master, given its large hitbox, difficult-to-manage passives, and stats. However, […]