This is a relatively universal strategy for Concept Challenges (the ones where you don’t sustain injuries) taking full advantage of debuffs. It’s very easy to use and the same build can be used for Physical, Mental, and Spiritual Concept Challenges.

This guide details a strategy that is very useful for Concept Challenges, taking advantage of Debuffs (Hunter’s Mark and Weakness).

The following mechanics contribute to this being a simple, yet effective strategy:

The video below shows the strategy in action:

Weakens one enemy and increases its delay. Scales with Perception stat. 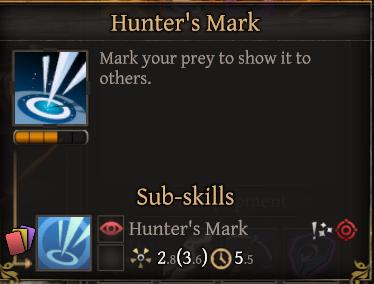 Weakens up to two enemies (with a lower multiplier per hit) and increases their delay. Scales with Wisdom stat. 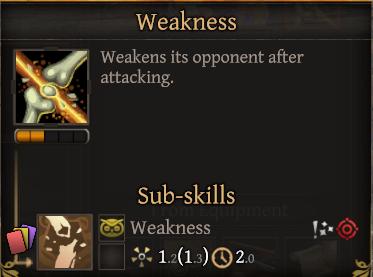 You can get the Weakness skill on a 2H Relic by crafting it with Fire or Sunlight as the majority essence, but since it’s a weapon skill, it cannot be used in Concept Challenges. This strategy does not work as well for Non-Concept Challenges because you can’t simply throw all your villagers out as meat shields. If you have summons that are strong enough to tank all incoming damage, then there is almost never a reason to use Debuffs over straight-up dealing damage to your enemies. One notable exception is against big enemies with strong splash damage, in which case your back row is not safe – during these fights, combo-ing Debuffs with strong summons is often the safest way to go. 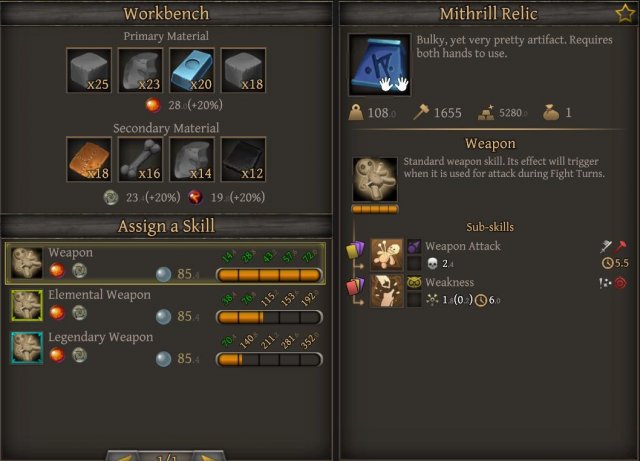 The core strategy is very simple: Throw up 1-2 meat shields while you use the majority of your Action Points to spam Debuffs.

Here are some additional key considerations for the strategy:

This guide is going to help you understand Thea core mechanics and equip you with tools that will allow you to explore its world. I don’t want to tell you […]

Thea 2: The Shattering – Tips and Tricks for Getting Started

Before you play the Thea 2: The Shattering game, you will definitely want to know these simple but useful tips and tricks. If you have any tips feel free to […]

This guide will explain some basic concepts about weapons. How damage calculated? What is the difference between different weapon types? ContentsBasicsSwords and GreatswordsClubs and MalletsHatchets and Battle AxesSpears and PolearmsRanged […]