This guide will contain all known locations of the Lost Bones to be found within Blasphemous.

Once you arrive in Albero, you can exit the main building by breaking a wall on the bottom right to find a room called the Ossuary, located in a cave. Interact with the room to place all of the Lost Bones you have collected thus far.

By finding and returning all Lost Bones, you can unlock the Warden of the Ossuary skin for the Penitent One. 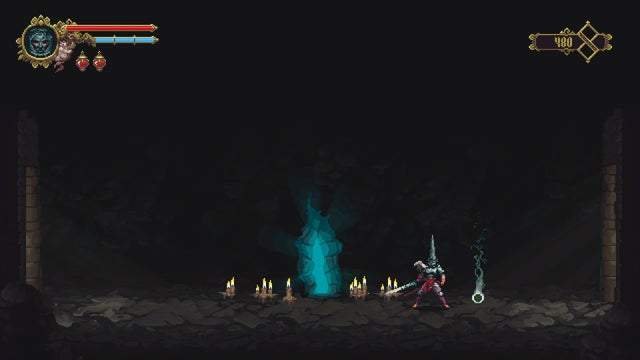 The first of the Lost Bones can be found upon reaching the entrance to the Ossuary. You can find it by reaching the bottom of the main house in Albero, and breaking the wall in the bottom right to find a cave. 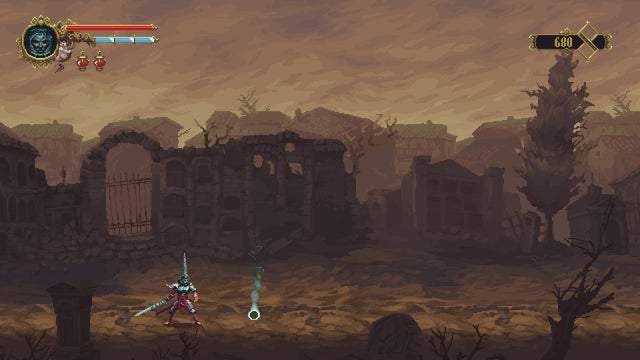 The second of the Lost Bones are found right after leaving the main building at Albero, heading to the right towards the outskirts where a graveyard is, on the way to the Buried Cathedrals. 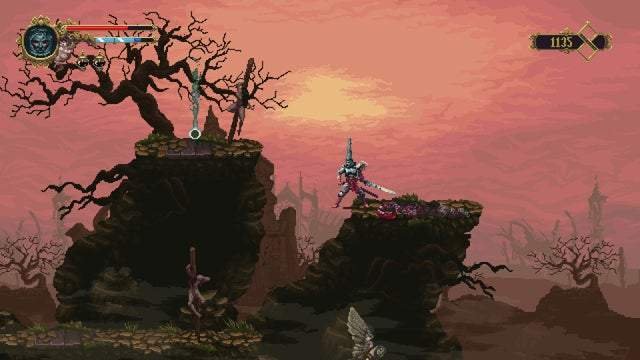 The third of the Lost Bones are found along the road through the Wasteland of the Buried Churches. Look for several platforms above the line near a platform with stone throwing creatures, and jump left to reach the bones. 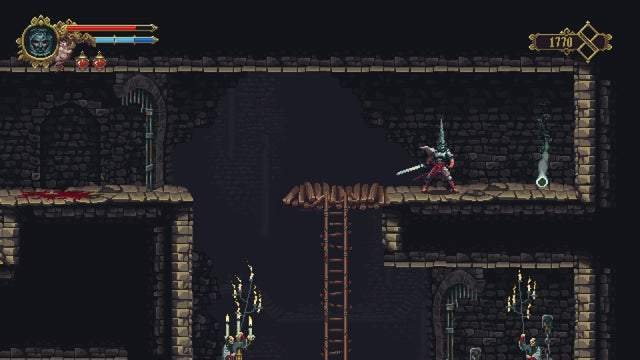 The fourth of the Lost Bones can be found when entering Mercy Dreams, past the Wasteland of the Buried Churches. Inside the first main room, traverse the traps to the far top right of the room and hit the wall where the ladder is to find a hidden section, and the area will reveal the lost bones. 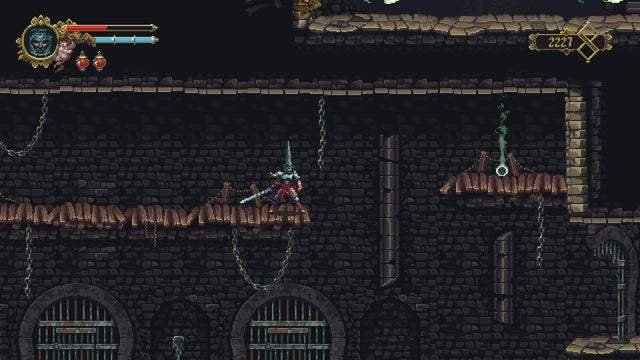 The fifth Lost Bones can also be found deep within Mercy Dreams. Near the end of the second large room, you’ll reach the last area where a high wooden platform lies above several patrolling enemies. Run all the way left to jump up right and across the platform to where the lost bones are. 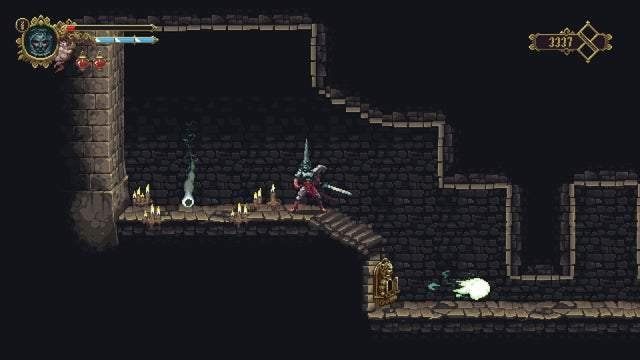 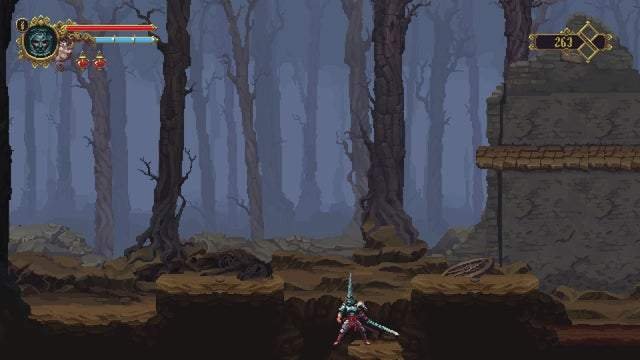 Returning to the Holy Line in the Suburbs before Albero, you can find the seventh of the Lost Bones. To reach it, you must find broken ground near a dead horse, and perform a ground slam into the earth to reveal a secret underground passage. 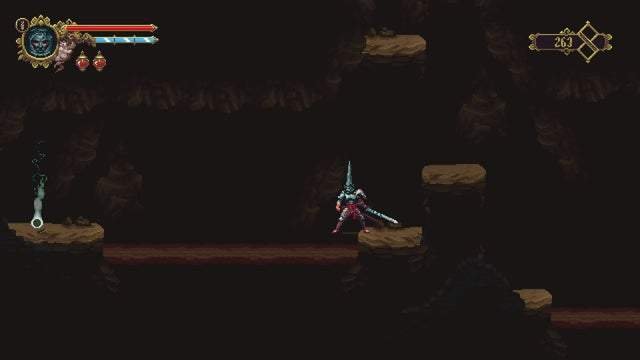 Once below the ground, run to the left and cross muddy ground to reach the lost bones. 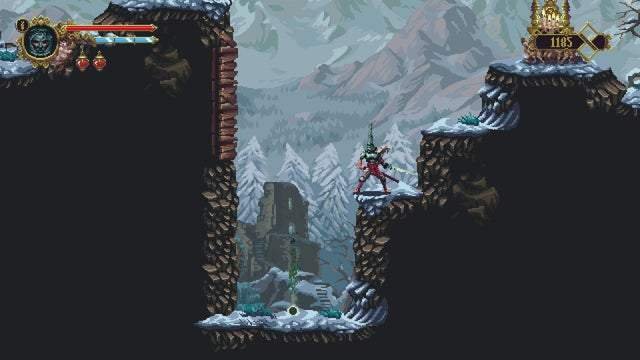 The eighth of the Lost Bones can be found upon entering Where Olive Trees Wither, a region located above the Wasteland of the Buried Churches in the second building. After passing the Prie Dieu, drop down into the ravine to find the bones. 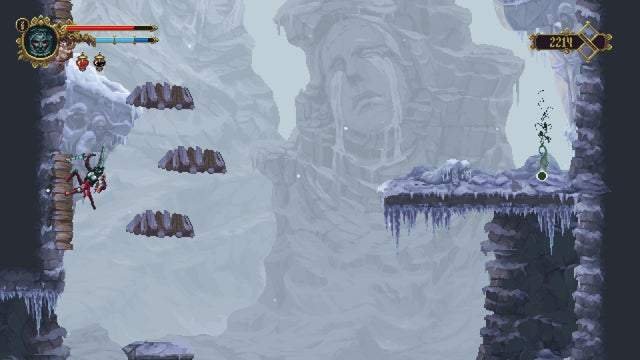 The ninth of the Lost Bones can be found by crossing into the Graveyard of the Peaks from Where Olive Trees Wither. After traveling up from the first tall area, head into the vertical room on the right and climb up on the wooden walls along the left until you see the lost bones, and wait for the wind to blow right before making the jump to the right platform. 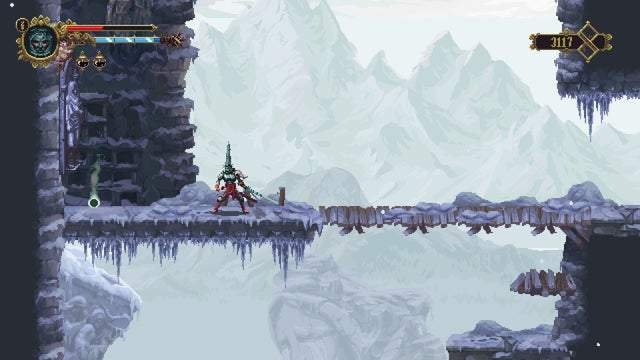 Opposite the previous area in the Graveyard of the Peaks, in the other long vertical room, you’ll find the tenth lost bones guarded by a wall statue – attack carefully or use a prayer to destroy the enemy first. 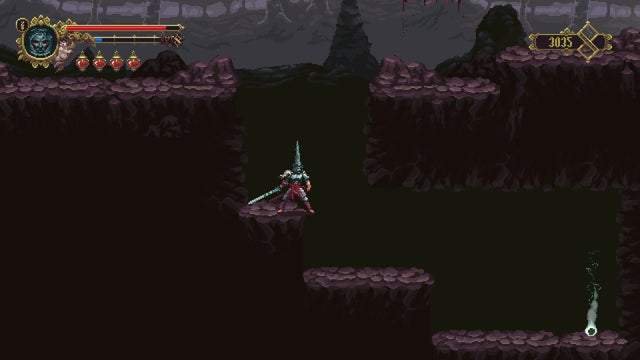 The eleventh of the lost bones can also be found in the Graveyard of the Peaks, along the bottom cavern roads leading to the lift back down to Albero. Along the road, look for broken ground below a high platform, and use a ground slam to break the floor and reveal a hidden path where the lost bones reside.

Blasphemous is an unforgiving and gruesome journey through a dark, creepy landscape with hellish monsters at every turn. Akin to Dark Souls both in theme and difficulty, it stands on […]

Blasphemous – How to Jump to That Ledge (Echoes of Salt)

That item sitting on the ledge mocks you, seemingly out of reach. “How on earth do I get up there?” you wonder. Do the Lamp Jump Guide You can reach […]