I hope this guide can help you guys to beat Mitrix solo as Huntress!

First Step for everything are:

How to get: kill many as possible with laser glaive (your secondary).

For this i also struggle at first, googling it and finally the idea coming up, so basically you need another else like Artifact of Soul & Artifact of Swarm.

Some Tips: The idea is to make them together at once, and killing some of them to get items first like Crowbar & Lens’s maker glasses or even Ukulele if you lucky enough, around 7-8 mob together then you go bang bang it, just make sure dmg is enough.

2. Get Artifact of Command

Yeah like it said, you need this to maximum all the potential before you can get on this guide! ^^

Now that you already got Strafe + Command (Hopefully), now here’s item i recommended, but first of all please note that those item i put till Long run is actually for 5++ stages / more:

Common: Since Strafe will be much effective when you do critical everytime you hit any mob, then Lens-Maker’s glasses is your best friend (Please stack it to 10x on everytime you get Common (White), trust me). Other thing is Armor-Piercing rounds (1 enough for early).

Uncommon: First please buy Ukulele (1x ) for early, this is for Zip-Zap other mob so it’ll be more efficient. Second is Harvest’s Scythe (1-3x) for lifesteal, you need to get every HP recover you can get so yeah. Third is Predatory Instinct (1-2x), since this is Critical build, stack it alot will make you attack speed faster (stack it more & you’ll see). Optional is AtG Missile (1x).

Equipment: Hopefully you can find 1 equipment in early stage, and if you do please choose and pickup Gorag’s Opus (+movement speed & crit 100%) so when you get harvest, it’ll be 100% lifesteal so you’ll be safe + you’ll kill the boss faster (combo it with you Arrow Rain).

Boss Drop: Hopefully it’ll drop 1 at least, if yeah then please pickup Shatterspleen (1-2 enough) or more if lucky. So you don’t need anymore Tip-Tip Dagger, Epic. Combine it together with Critical 100% chance and you’ll always bleed the enemy, not to mention also make them explode too.

Legendary (hopefully, ehe): First item you should pick is shattering justice! Incase you guys wondering why, it actually for DEF Down + Critical it’ll be hurt asf. So, yeah.

Common: Hopefully your Lens already (10x) before stage 3, because its getting dangerous now, Next Common item you should focus is Tougher Times (1-6x), you have to survive whatever the case you get hit or something. Next up is Armor-Piercing Rounds (2-4x), more damage to boss so why the heck not? xD. Next one is Paul’s Goat Hoof (1-3x), run faster is always my motto. Optional are Crowbar (1-2x) & Backup Magazine (1x).

Uncommon: Next one now you can try to increase your Maximum HP, so start now by investing Infusion (1-2x), now other else are Harvester Scythe (1-10x), Predatory Instinct (1-4x), after that in case you need more jump then go for Hopoo Feather (1-2x). Optional is Kjaro’s Band (1x) & Fuel Cell (1x), and Will-O’-the wisp (1x), this one dont need if you get Shatterspleen already.

Boss Drop: Take more shatterspleen if it did drop again.

I’ll put my run before (that i did in 7hour ago) and it’s on Moonsoon & i beat Mitrix too! finally! 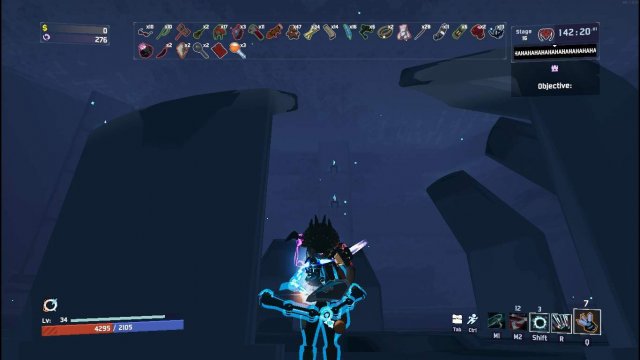 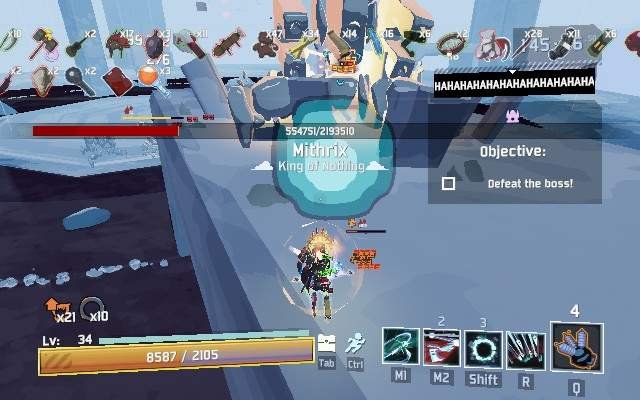 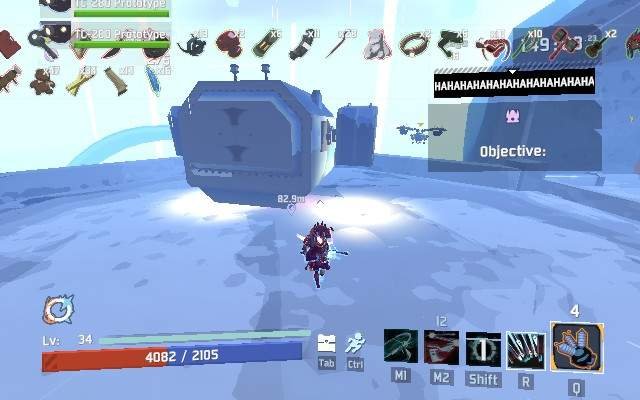 Actually it was pretty cool run, when Moon detonated ticked around 3:40:00, i’m around 3:10:00 already arrive at the Airship, i’m just use Utility 3 times and jump more like 11 times till i arrived, actually more like i dont need to walk at all.

Showing locations and pattern inputs for Risk of Rain 2 artifacts. ContentsHow to UnlockSpiteCommandHonorEnigmaChaosGlassDissonanceEvolutionMetamorphosisSacrificeVengeanceKinSwarmsDeathFrailtySoul How to Unlock In order to unlock the artifact, you will have to complete a challenge […]

Guide to Beat the Game at Moonsoon Without Artifacts Step 1Pick same build as my. Step 2 Before boss phase 4 begins, place two turrets far apart from each other. […]

Risk of Rain 2 – How to Unlock All Characters