Many guides seem to expect you to know how to pull tricks off first time, but that isn’t always possible. In this guide, I hope to help you to get these techniques easier.

Pteranodon in The Isle is mainly a ‘spectator’ mode, so-to-speak, as you have a maximum 50N bite force. Additionally, you can be killed even by Hypsilophodon – potentially the lowest creature in The Isle Evrima food web so far.

However, you can still have fun, and to do that, you might need to know some tactics to avoid an unwanted visit by one of your predators. 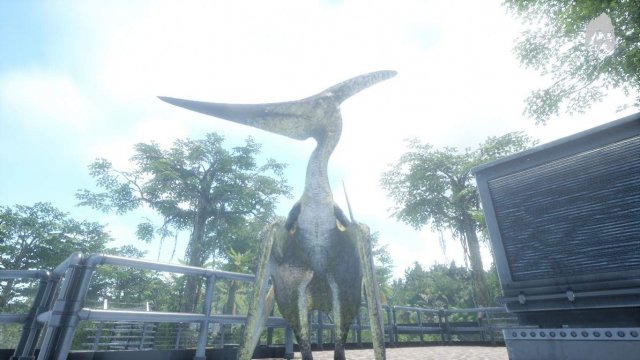 The first challenge of your pterosaur’s life is knowing where is best to spawn. In Evrima, you can choose where you spawn – a useful addition to the game providing the ability to meet with friends much easier, and to come to terms with your surroundings a lot faster than before.

Being able to choose your spawn can help you learn the map, bit by bit, and find your preferred style to play. For the sake of accuracy (though I won’t pretend to be an expert). I will be writing the guide from the point of view of my play style.

Different dinosaurs can spawn at different areas. As the pteranodon, you have a choice of four spawn points – North, North East, South, and South East. North East used to be my favourite, but in a recent update, the fishing spots at the waterfall seem to have been removed, which makes my new favourite spawn to be South, or South East.

I recommend spawning south because it provides drinkable water, and good vantage points, such as the waterfall over Croc Pond. 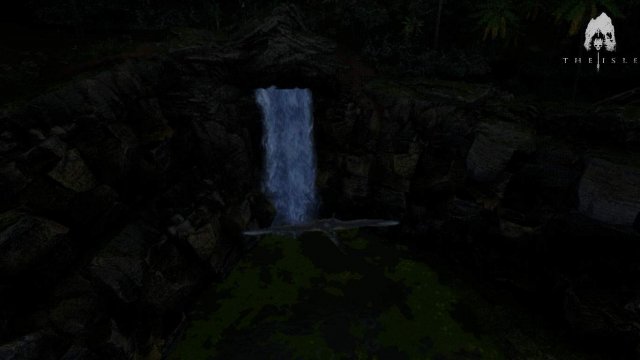 There are multiple hiding spots – above the waterfall, beside the waterfall, and even some places under it. The main problem with these are that dinos who can jump can mostly reach you (utahs, tenos, and hypsils have all gotten to me before). The spots are a lot safer than the open though.

There are multiple fishing spots around the spawn too. Some on the river, and in the pond. 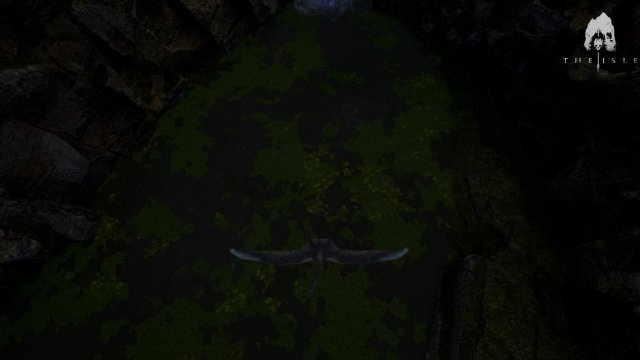 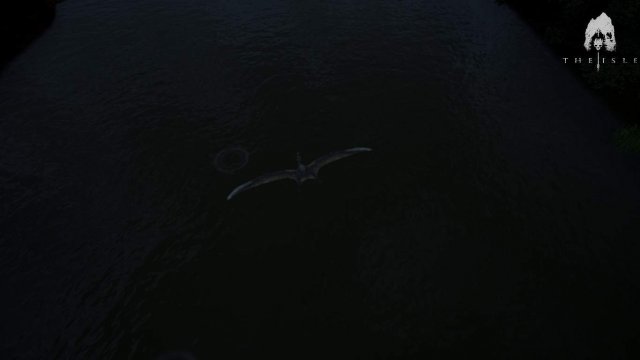 South East is another good spawn point because there is the swamp, with drinkable water, and plenty of fishing spots and vantage points around.

Deinosuchus and various other dinos also thrive around these areas, so a fragile pteranodon must be careful with all the predators around, and be ever aware of your surroundings.

For the first half of your life, you can’t do particularly much; you don’t have the stamina to fly far, and you don’t need to eat until 50% growth. This means that until you reach Subadult, you can find a safe place to sit and grow, and just watch out for predators. You do have to watch your water, as it runs out faster than food, meaning every-so-often, you have to top up your thirst. I prefer to try to keep it up, rather than risking long trips to the edge of deinosuchus territory.

Fishing is a relatively safe and sure-fire way to get good food for your ptera. You have to find fishing spots to skim the water, shown by the white circular ripples on the surface of the water. Be careful with these, as deinos can mimmick them.

When you are close to the surface, hold down the right mouse button to enter the animation. 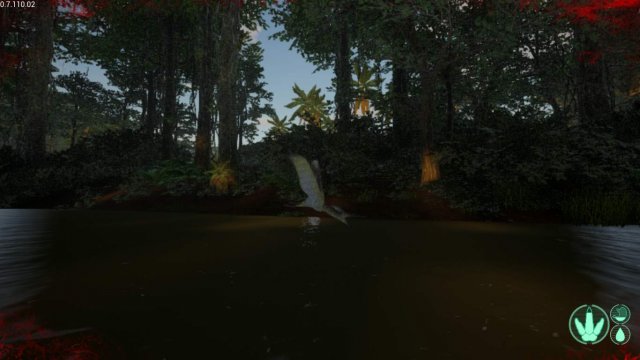 Then, keep tapping space to stay above the water, and line up your beak with the ripples. Eventually, you will see text at the bottom of the screen saying: 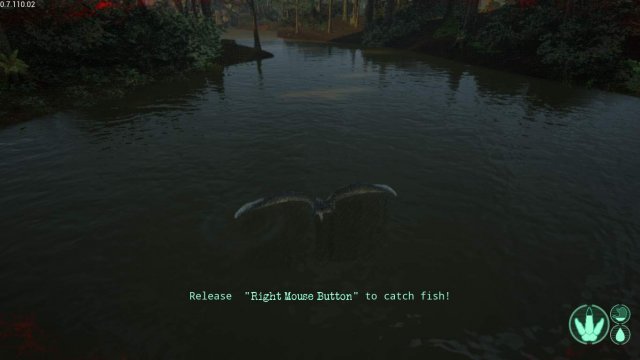 If you release the button in time, you will catch a fish, and you can land to swallow it, or drop it to eat slowly.

They fill you up well, and two to three fish is all you should need to get a full stomach from quite low.

One of the key parts of the pteranodon is your ability to fly above your enemies with as much grace as the player allows.

And with this ability to fly there are a few skills you need to learn.

All takeoffs use up stamina, but some are a lot better than others, and benefit different situations. Stamina loss is based off of a full grown pteranodon in this guide.

The easiest way to takeoff is the standing takeoff, which is done by standing still, and holding the space bar.

This is a relatively fast, very basic way to takeoff and uses about 13% of your stamina.

Next is the method in which you takeoff while running. By holding one direction and spacebar, you will enter an animation where you run and flap your wings quickly. After a few seconds of this animation, let go of the spacebar and you will takeoff. It leads to a fast flight but takes a lot more stamina. One of my best attempts I lost 22% stamina, but some of my worst I lose most of my stamina or the takeoff fails. 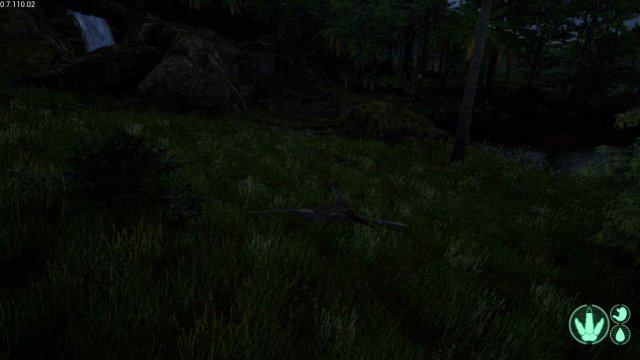 Lastly, this is the most stamina efficient takeoff, but is a bit more precise, and requires a drop to pull off. When you run or jump off a ledge, you will begin an animation with your wings curled close to you, and after a second of this, you need to press the spacebar to begin flying. This takeoff only takes up about 6% of your stamina, and if you’re high enough at the start, you will be already flying far above the reach of predators like carnotaurus. 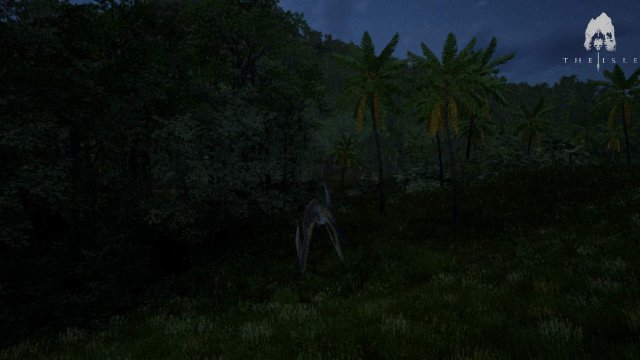 Now that you can takeoff, you have to dodge trees, rocks, and other pteranodons. This is easy enough usually, but if you do accidentally hit something, you will begin to fall. Don’t panic though, you can hold spacebar to recover flight, at the expense of about 10% of your stamina.

While flying, hold spacebar to ascend, and hold crouch to descend. Alternatively, you can use the camera and hold forwards, or backwards to move up or down. Use left and right to turn to the side, without changing altitude.

With the ability of flight, you also need to know how to land. While it is possible to land without slowing, it is hard and you risk injury. To slow, the default key is z, but you can change any controls in the settings.

When you slow, you begin the animation where you tilt upright and start to descend. If you hold control, you descend faster. 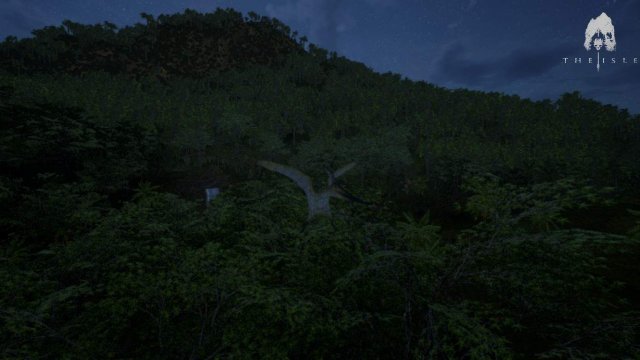 If you slow too much, you will fall, but you can treat this like the falling takeoff, and hold space to resume flying.

Depending on how slow you were going when you touch the ground, you will land differently. If you were still moving quite fast, you will land with more weight, like you might if you jumped from a wall and bent your legs to land softer. If you slowed quite a lot though, you will land gentler, seemingly more comfortably.

There are a lot more parts to playing as the ptera, such as attacking, healing, wallowing, etc./

As with most of the species in The Isle Evrima, there are two primary attacks – the regular one, and the ‘alt’ attack.

While in flight, you can only attack with the regular type, which results in a bite aimed below the body. This can be used to catch fish over fishing spots, but is more precise than skimming.

While on the ground, the regular attack is just a bite aimed whichever direction the head is facing. If you jump and attack, you will aim your bite upwards.

The ‘alt’ attack is similar to the regular attack, but your whole body turns to face whichever direction you are looking – good for fending off attacks from behind. Although, the animation lasts longer, and you move slightly, so I do not recommend trying this on a ledge. You cannot ‘alt’ attack while jumping.

As the pteranodon, you have a short growth, which compensates for the fragility of the creature. To match, you are given a relatively fast heal time, though I do not know how long it takes to heal a certain amount.

Bleed is one of the main problems with most species, since it can lead the attacker to you, but I think that the immediate damage they deal is the real danger with pteranodon, as you can fly to places most dinos can’t reach. To heal bleed, I usually fly to a high enough, out-of-reach spot, and sit down.

As with most dinosaurs on Evrima, you can wallow in mud. Usually this is by water, though there are certain spots across the map where you can wallow without needing the danger of water.

To wallow, find a mud spot, and, usually, text will appear telling you that you can wallow. Press and hold whichever button you have set to the ‘use’ function, the default of which is e.

You will begin by lying on your front, and your body will get increasingly covered in mud. To the end of the animation, you will stand and flap your wings, then revert back to your normal standing position.

Now, all your footsteps are unscented for a certain period of time. 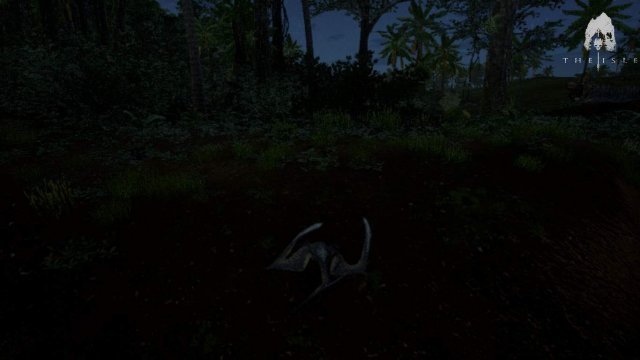 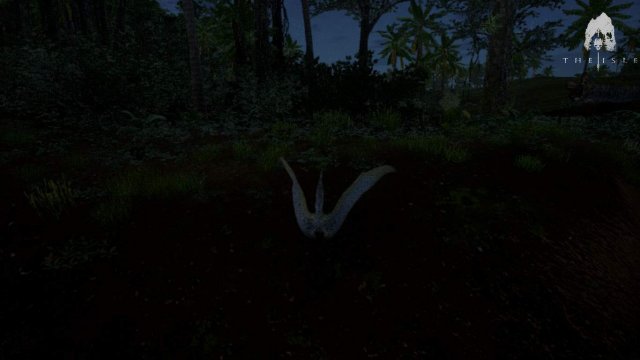 To view your growth and health, press insert (as of the default key), and to view, or leave your group, press insert and look to the top left of the menu, where you will be able to click on the group tab and the interface will change. 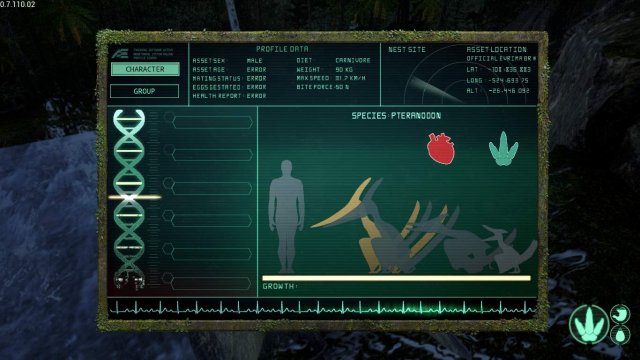 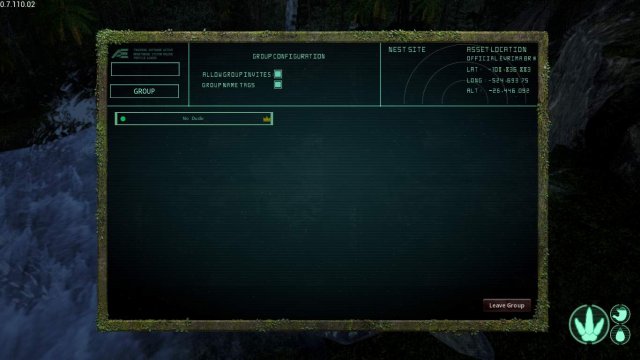 With a bit of practice, you will learn how to control your bird and become a majesty of the skies. Of course, as I mentioned earlier, you may find that you prefer to play the game a different way, such as hunting prey down instead of fishing.

Maybe, if you become confident enough, you will write your own guide to help more people find their way to play the game.

Enjoy your experiences, but remember that others want to enjoy the game too, so please don’t use this guide against people. It’s about finding the balance, as it is with most things.

Bonus parasaurolophus to thank you for reading to the end: 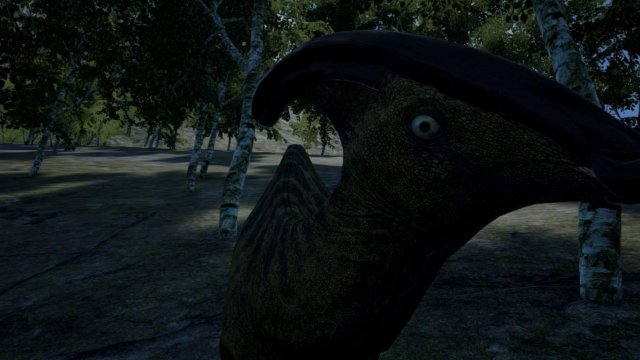 The Isle – Beginners Guide for Evrima (Tips and Tricks, Hunting)

This guide is for people who are new to Evrima and who need help with hunting players, I will only be covering the Deinosuchus. ContentsTips and Tricks for NewbiesHatchlingLungingAdultWeights Tips […]

The Isle – How to Fight

This guide will teach you how to fight. Other The Isle Guides: Thenyaw Island map. Survival Overview: Parasaurolophus. Lets Start with Herbis Stand your ground and don’t back off. When […]