This is a simple guide with locations for spotting and harvesting coyotes for the Vualez missions in-game.
I enjoy the missions because they provide a bit of challenge.

The ‘Coyote Hunter’ is Not You

You are not the Coyote Hunter.

These little creatures love to hide in the rocks. Maybe they are looking for animals stuck here. Whatever the reason, it’s easy to hear their little feet tripping over the rocks. But, more importantly, he is well aware of you long before you are of him. And, he is hunting you. He follows hunters around… perhaps because he’s interested in the kill you may leave behind. This makes him an easy target, if you just let him find you.

This little lake off of Balmont Lake feeds the only good source of coyotes into Leviathan area.

After a brief wait you’ll hear one. Just keep waiting and he’ll walk out to you and you can id him for the early Vaulez mission.
Then you can shoot him for the good payout.
This can be repeated if failure by fast traveling back to the outpost and returning.
Best time of day is 5am. 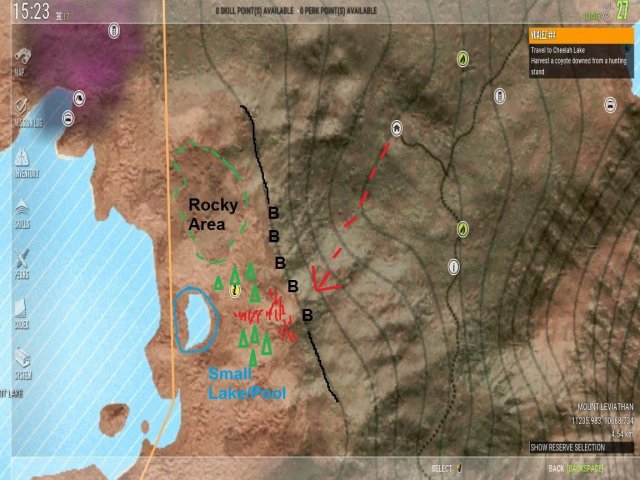 The Big Tour requires you to harvest a coyote in each of the five districts. This is really rather easy, and you will probably have to kill 2-3 coyotes before you can drag yourself away from these very nice hunting spots. But, the mission completion is very lucrative.

These are the 5 locations I used:

The back entrance to the WIllipeg cave can be reached directly from the outpost. It is marked with the waypoint below. It can also be accessed directly by diving into the front of the cave on your ATV & driving out (after picking up the secret artifact.) 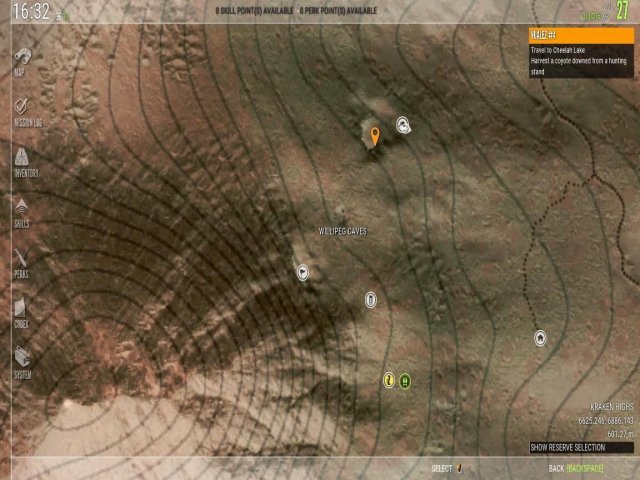 As pictured here, you can lie down on a big rock & call for the coyotes to come to you. But, below the mouth here, behind you is a rocky face where coyotes & rabbits abound. 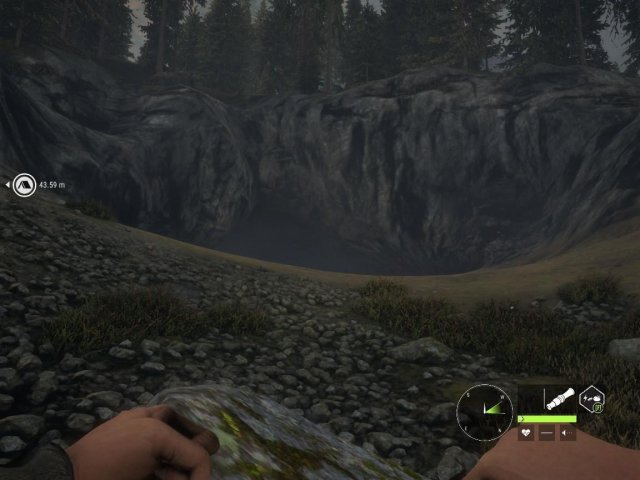 This mission opened up a new location for coyotes for me. Though I’d explored both entire maps, and climbed over the Leviathan Volcano I’d not been in this particular secluded field.

When I found it canvassing the lake for this mission, the narrator had opened with this line about “the full moon doing strange things to animals”.

When I walked into the clearing in the full moonlight at midnight, I was surrounded by multiple species of animals, along with a marching coyote band.

Idk if this was triggered by having the mission active or not. I had a friend test the clearing at midnight, thanks #SimplyMemes. He uses a different playstyle than me. He has spent a great deal of time at hotspots mass shooting to hard level & has been playing about 6 months longer than me. I enjoy the exploration more than anything else. Though I kill about 25 animals daily, I explore & complete missions in equal measures in the month I’ve played the game. I have leveled pretty fast, on level 29 atm. But, he’s several levels higher.

So, Memes did not have the Late Night With the Dogs mission available or active when he did the experiment. Though he encountered a massive herd of species, and slaughtered them all judiciously as I watched livestream, there were no coyotes in the field. Barks could be heard in the area.

It is my theory that certain missions trigger various spawns. I may be wrong in that. I will leave that right here. A photo of the “Moonlight Coyote Field” location follows circled in red.

As you can see, my tent in the 2nd pic faces the cave on the opposite bank. There is a line of trees behind me as I’m taking the photo, & the clearing is behind the treeline. Do with it as you see fit. I’m not judging.

The Moonlight Coyote Field Location & my tent setup for sleeping til midnight. 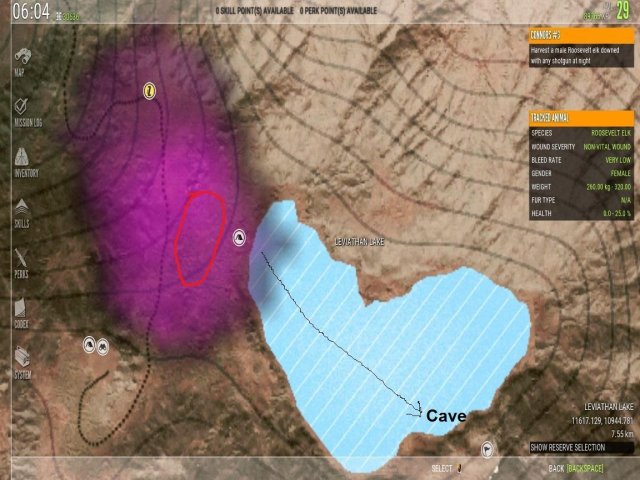 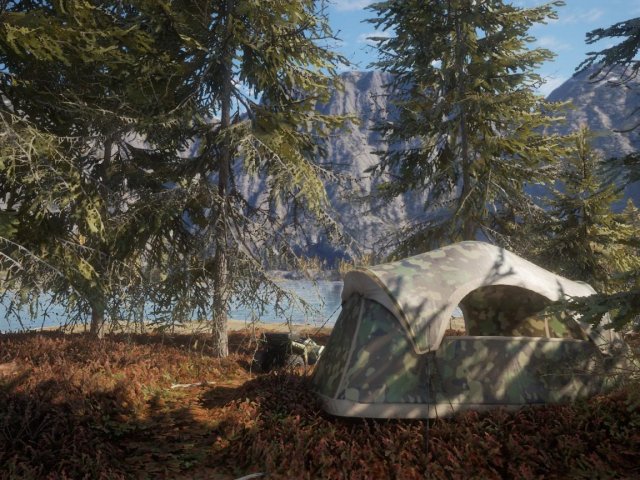 The Hunter: Call of the Wild – Predicting Animal Movement Guide

This guide will teach you how to predict animal movements. ContentsHow to Predicting Animal MovementsSome Background InformationAnimals Don’t Respawn Unless KilledUsing an Animal’s Set Path to Predict MovementsConclusion How to […]

This guide is about the mission in Hirschfelden, that asks you to hunt 2 fellow deer in the Petershain cornfields. Hunting 2 Fellow Deer in Petershain Cornfields Introduction Here is […]

The Hunter: Call of the Wild – Where to Shoot?

I’m going to talk about where you have to aim with a basic scoped rifle, as a hunter when you get the opportunity to shoot at: A Fallow Deer A […]