A simple guide on how to make money hunting in Kingdom Come: Deliverence.

The money that can be made from hunting can not be undervalued, simply see the prices below (as of my current inventory):

After the quest ‘The Prey’ is complete, the following quest rewards Henry with a horse, this allows easier transport and a mobile storage space for the heavy loads of hunted game.

The main issue is transporting the game back both at a time when the stores are open and so the game doesn’t spoil. I recommend going out before dawn, about 3, fast travelling to near the Talmberg forest and then starting the hunt at dawn, then aim to return before the shops close.

The game will be marked as stolen, this is because the game is not hunted legally, This means that most merchants will play little for the contents, perhaps even outright refusing. However if you consider that hunting one rabbit alone would give you 100 Groschen, then you would still receive about 20-30 Groschen, this means that after a days hunt of about 200-300 Groschen (several rabbits or 1-2 Deer) then you will still make about 60-70 G, so fear not. Otherwise you can always sell to the Miller Woyzeck, who will buy any stolen goods, at maximum price (This will reward you with more, but he does have a finite amount of money to buy said goods.

A good way of making the game legal, last longer and worth more is to cook it.

Hunting in KCD comes under the skill category, with several perks to upgrade your hunting loot. In early levels, the perks ‘Antlers’ and ‘Tusks’ (both level 3) will allow you to harvest (as the names suggest) antlers and trunks from various animals. This means Henry can go and hunt things other than meat, which will not spoil, later, the ‘Tanner’ perk (level 5) will allow you to skin your hunted animals to allow for pelts and hides which also won’t spoil. These unlock at various different stages in the huntsman skill level, however they are vital to finding an easier route of making money, as meat is commonly illegal and can spoil very quickly, at least without the late game perk ‘Salty’ (level 10).

The game will mark good areas to go hunting on your map with symbols such as this:

These can be found throughout the world and I will try to update this section as I find more. Currently, I know of one near the Inn at the Glade, found here: 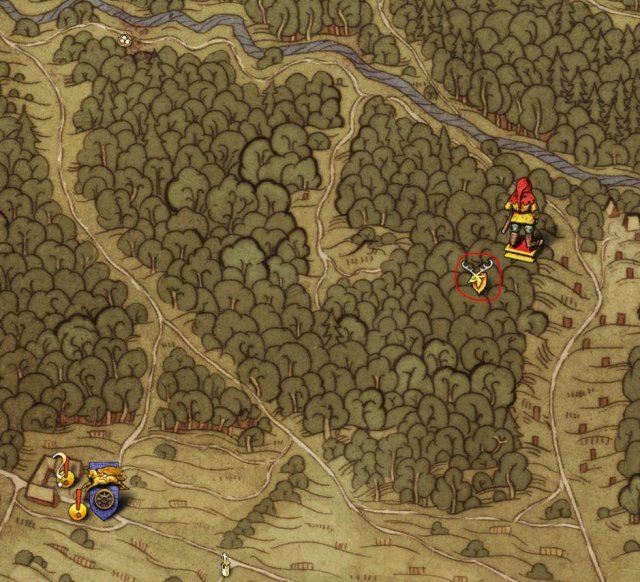 Another good location is to the west of Sasau, in the area of the ‘A Bird in the Hand…’ quest. 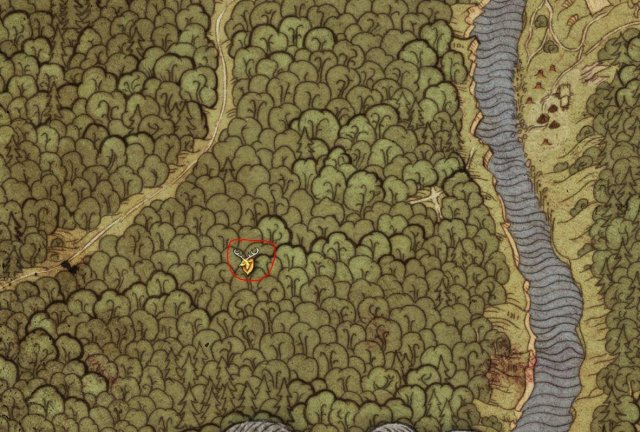 Inn at the Glade – Andrew

There’s a man outside the Inn at the Glade, named Andrew, he will ask you to acquire game for him, this is of course illegal but he seems to care little, unlike normal selling however, Andrew is after certain meats, he will demand certain things to be acquired in a fetch quest kind of style. he will buy game but only if it not illegal.

So, the best ways (to my knowledge) of making money from hunting are:

Personally, I would recommend selling the game to a merchant willing to buy illegal goods, this is because cooking requires finding somewhere to cook the meat, and the millers aren’t everywhere. It’s the quickest/easiest method, in my opinion but it’s debatable, I’ve spoken of many methods to let you find the one that you prefer 🙂

So you’ve also been looking for a quality guide on the Band of Bastards DLC, only to find naught? Do you want to unlock the various achievements in this DLC […]

This guide is a walkthrough on the quest called Baptism By Fire where you have to raid the bandit camp along with Sir Radzig and his garrision. If you follow […]

Talk to me brother, how can I help you? Oh, you’re having a hard time with Brother Cyril’s daily tasks? Hmm, unfortunately I cannot teach you Latin, for I myself […]