Without mods, once you have the ability to build incenerator plants and crematoriums you may find yourself wanting to get rid of the landfills and graveyards you have been using so far.

But odds are by this point you have more then one, and you have to completely empty a graveyard or landfill before you can remove it or move it.

This trick allows you to instantly remove any graveyard or landfill. It requires no mods but does require the Natrual Disasters DLC. 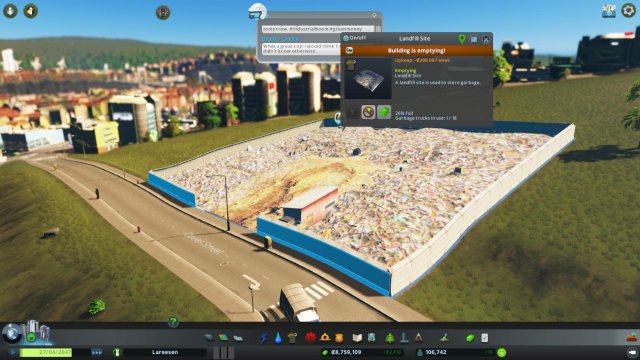 A cemetary or landfill. If its 0% full, that is to say empty, you can just demolish it. but it its even 1% full the game won’t let you. Instead of waiting the long time for it to empty on its own let’s remove it quickly.

So first off you’ll obviously need a structure to remove.

Second, this won’t work in vanilla Cities Skylines, you will require one offical DLC, The Natural Disasters.

Yes you can see mods installed in these screenshots, but none of them are nessassary to do this trick, they were just there while I was playing. 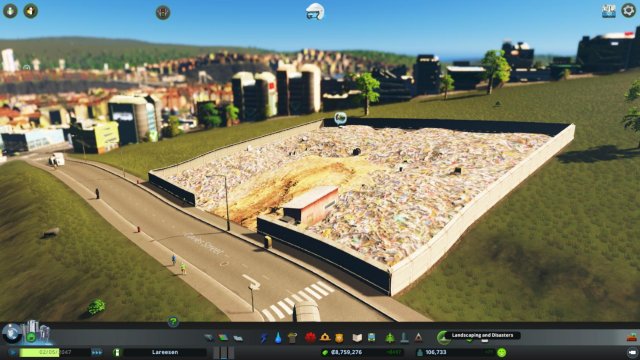 From the main gameplay screen you are going to select the “Landscaping and Disasters” tab, provided of course you have reached the milestone to unlock it. 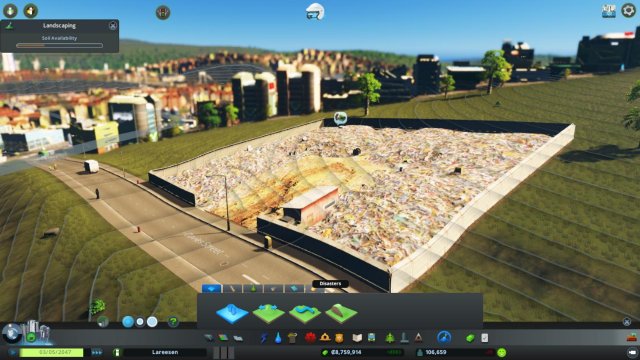 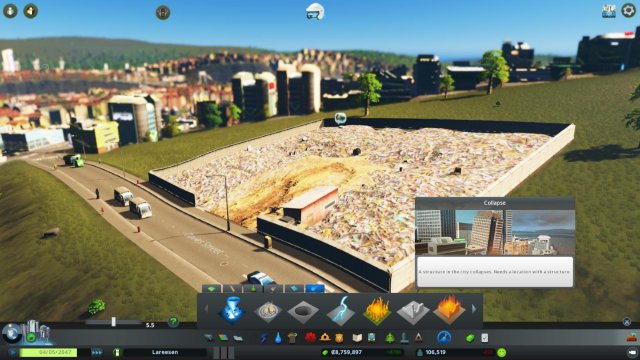 From there select the right most tab to access the manually activated natural disasters. And select the collapse disaster. intensity doesn’t matter for this.

Once you have it selected, center the disaster on the structure and select it. In moments the structure will loose its stability and fall inward on itself. Debris everywhere. though how it comes to look like this is beyond me. 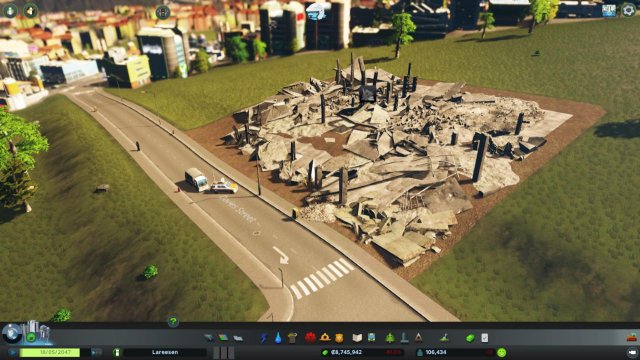 Without the natural disasters DLC you can force the structure to collapse if you bury it deeply in water by flooding the area. However unless the terrain allows for it this may not be an option.

If you are trying to be a good mayor wait a bit before doing anything else. Lets your disaster response team come and search the wreckage for surviors. Don’t need to kill any of your citizens needlessly after all. 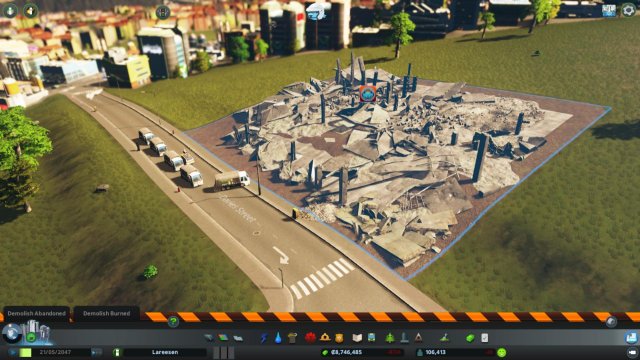 Or if you are impatient you can just skip to the next step.

Now that the building is a pile of rubble it has lost its usual protectoins. It still says whatever percent full, but in reality its an abandoned building now. So instead of rebuidling it click the bulldozer icon on the bottom right of the screen.

And simply click on the structure. You’ll have to confirm the destruction but once you do poof, its gone. And no having to wait for it to empty either. 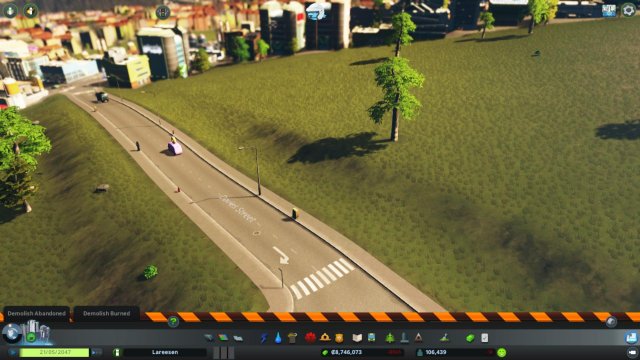 Total time to demolish, less then a minute if you don’t wait for rescue workers.

How to desgn your train tracks leading to your cargo station. How to Design your Cargo Rail Network I thought i’d share how i’ve set up my cargo stations, this […]

Cities: Skylines – Tips and Tricks for Getting Started

Before you Play the Cities: Skylines game, you will definitely want to know these simple but useful tips and tricks. If you have any tips feel free to share with […]