Easy but not so fast way to unlock Archimedes Bath achievement.

Setting up the Game

The guide that gives a new meaning to “One More Turn”.

I had some issues unlocking this achievement, I had made more then 5 eureka’s but it wouldn’t unlock. After some thought I had found a way to get this achievement by going through the tech and civic trees.

What I did first was:

Here is a screenshot how I set up my game, you can click on the “X” to get fewer opponents. I ticked off religious victory because it wasn’t important for this achievement. 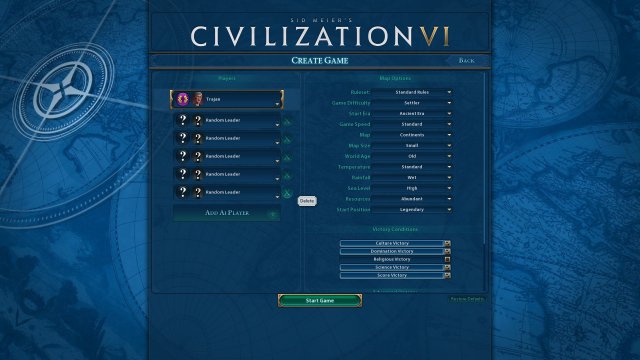 It is important that you research “writing” in the tech tree as soon as possible. You need it to get a library and a campus. Also make sure if you start up a city that there are some tiles that are flat(no hills; mountains). 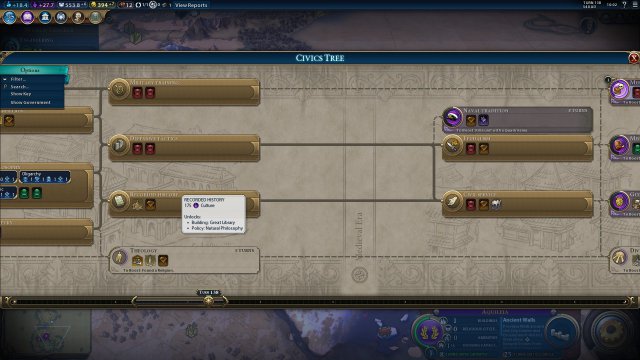 While you are pressing the “enter” key, you will most likely get a great scientist. If you get one that will give you eureka boosts, keep him untill the great library is build.

For research after you have unlocked “writing”, choose something that takes a lot of turns to unlock, it really isn’t important to win the game, this is just to unlock this one achievement.

I did build 3 cities and a few workers so I could speed up the production in my capital. I didn’t explore to much because some goodie huts give you boosts also and they can make it harder to get this achievement.

Build or buy some units to fight off the barbarians, just don’t explore to much and press “Enter”.

Five Civilization 6 Tips for Beginners 1) Be aware of the ‘show city details’ button. This has many uses. First of all it summarizes how your city is doing, and […]

Civilization VI – How to Play Mvemba a Nzinga & The Kongo

Mvemba a Nzinga/Kongo get a variety of buffs and nerfs to gameplay. That makes this civ very specialised and particularly adept on maps with significant woods/rainforest, especially on larger map […]