Danger Zone is CS:GO’s Battle Royale mode. It is an 18 player game-mode which can be played individually, in duos or in trios. Danger Zone takes a twist on the Battle Royale formula with objective based systems and the classic CS:GO gameplay / weapons. Read this guide to learn about the Danger Zone game-mode.

The map is pretty large, to say it’s a CS:GO map. I wouldn’t recommend dropping in the middle of nowhere as you’ll be killed by someone almost instantly. The map is set in a forest area with multple angles to attack or be attacked from, you always have to alert because of this. Most locations feature an item, whether that’s a weapon or gear. Some locations feature unique landmarks which are listed later in the guide. 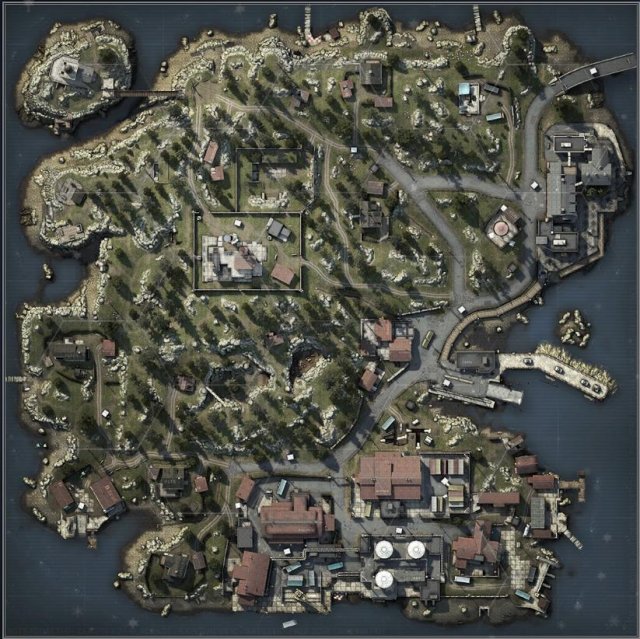 The game-mode is based around the map Blacksite. It can hold up to 18 players with the option for solos, duos or trios; and includes a unique BR drop in system. When the match starts players are randomly dropped into a location into the Waiting Lobby. Once this is over each player will be shown the map of Blacksite. Here you can select where you are dropping. Enemy drop locations are marked with a Red Flag and when you select a location you are the Green Flag, simple. Players cannot drop near the same location as you, and you can’t drop near enough to other enemy’s drop location. Be quick to do this as there is a timer and if you don’t click your location fast enough either another player will take it or you will be randomly dropped somewhere on the map. Once the location is selected you absail down a helicopter towards your selected location, this gives you a great chance to view where your opponents are also dropping. Then you must go around the surrounding area and take the loot that you need. Kill other players to gain endgame XP and cash. The longer you survive the more cash you earn, you can use cash to buy gear from Drone Delivery or open loot rooms found around various landmarks. As the match goes on new items will be added to the drone shop, airdrops will become more frequent dropping heavy weapons and assault rifles, etc.

In order to keep players more in conflict the zone will slowly enter the map cutting off certain areas to concentrate players into a smaller area. With the addition of missile strikes which work much like the Red Zone from PUBG certain areas of the hexagonal grid will be blocked off due to the explosions of the missiles. All together this adds to the challenge and increases the chances of encounters and firefights.

If you die you will be sent to a kill cam, here you can see how you were killed. Once you see this you will be given the leaderboard, here you can see who is left and what place you came. You also get your match stats and the option to spectate or play again. Also at the top of the screen you are able to see the XP you have earned for playing in Danger Zone, the closer you are to winning or the more kills you get the more XP you will gain once you either win or die. Winning can give you a Danger Zone case which features a bunch of community designed skins and Horizon knives, a Danger Zone case usually costs around £0.76 ($0.96) depending on what the Steam Market is trading it up for.

Environmental Equipment is the most basic equipment found on the map. The items found are featured from CS:GO’s traditional weapons, the most common weapons are usually: knives, hammers, axes, Glock-18s, P2000s and more. Items other than weapons can be Medi-shots, which can give you a short-term speed boost once injected, tablet upgrades, which help improve your intel on how the game is going. 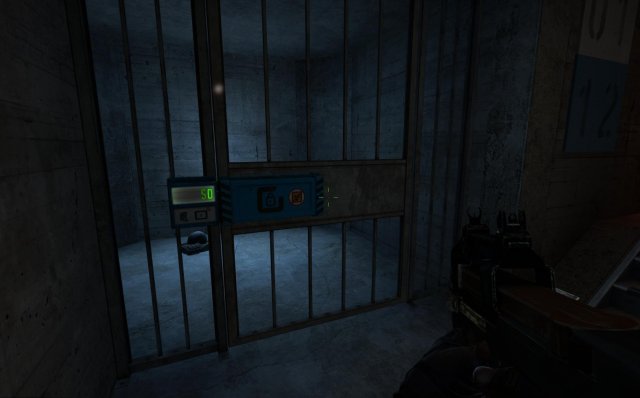 Equipment with more rarity can be found in loot rooms that are dotted around the map. They usually cost cash to open but some are free, however they offer worse gear. Entering the cash takes a few seconds, but once the gate is open the loot inside is yours. The more the gate toll costs the rarer the gear in most cases.

Other gear can be found in crates. Crates come in three different rarities. Dark Blue, which is usually common, Orange, which is uncommon to rare gear, and red / grey crates which give the rarest gear that can be found naturally. Whilst dark blue and orange crates can be broken with your bare hands, red / grey crates require a gun or melee weapon in order to be opened, I would really recommend using a melee weapon for this as ammo is scarce and you also draw a lot of attention towards yourself.

Airdrop Equipment drops a lot of good gear. Heavy weapons and more can be found from these airdrops. Airdrops draw a lot of attention and those with tablet upgrades can track them on their radars. Many firefights can occur around airdrops so watch out.

Bonus Equipment is not necessarily going to give you an advantage in a fight, but it will certainly add some creativity. Items like breaching charges, plant-anywhere C4, throwable melee weapons and more. Ammo crates can also be found, and they do exactly what they’re named after, armour, helmets and parachutes can also be found. Armour means you can absorb more damage, the same with helmets, and parachutes give you the opportunity to jump from big heights without dying, you have to press *Space* to open up the parachute.

The shop can be accessed through pressing *b* (auto-key). This is the system where you can order gear for drones to deliver it to you, other players can see these drones so be careful to look out for gear hungry players. The equipment from the Tablet Delivery sytem can be ordered through the cash that can find throughout the Blacksite. The drone will take a minute or two to reach you depending on your location and will create a subtle propellar sound so people in the vicinity know where the drone is. The drone can be tracked through your radar. The drone shop changes each match or as the game goes on, so there is always something new up for sale. 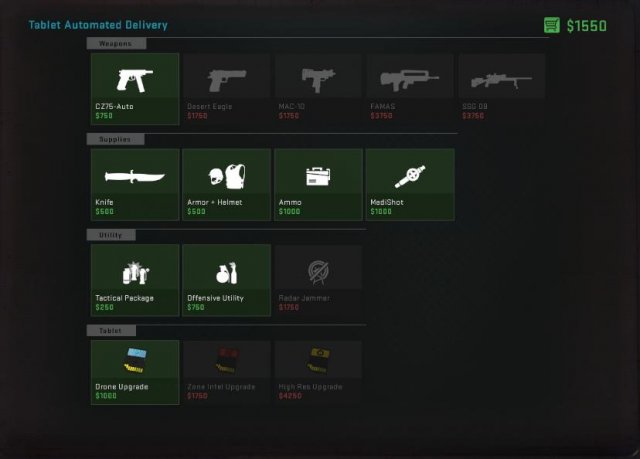 The tablet / radar can be accessed by pressing *Tab* (auto-key) this gives you the map and incoming zones. The map gives you information about the activity occuring on the Blacksite. The yellow hexagons resemble enemy activity, the more yellow the hexagon, the more players there are in that hexagonal area. The tablet can be upgraded with tablet upgrade chips that can be found dotted around the map. This increases your knowledge of the intel going on in the map. The intel you gain can give you the progress of the ‘Danger Zones’ upcoming path, more precise player movements, drone tracking and airdrop locations. 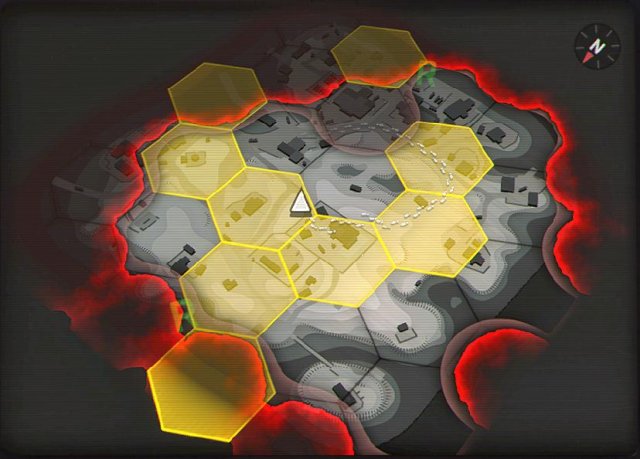 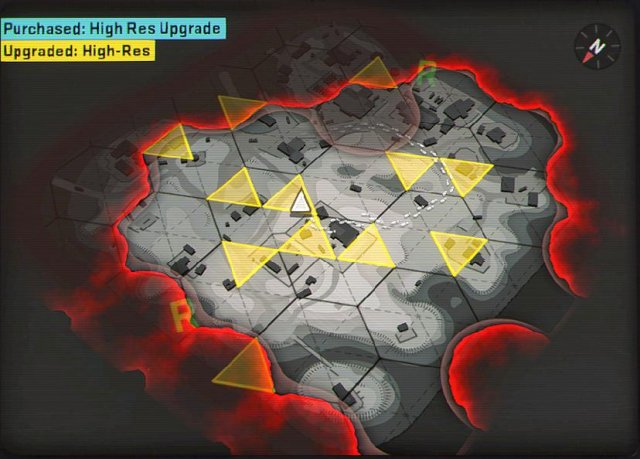 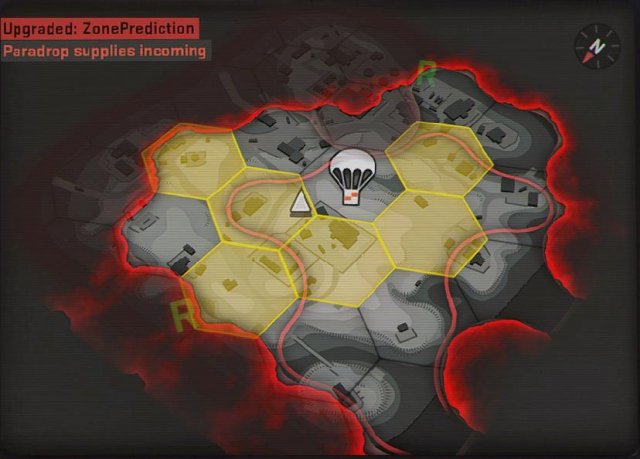 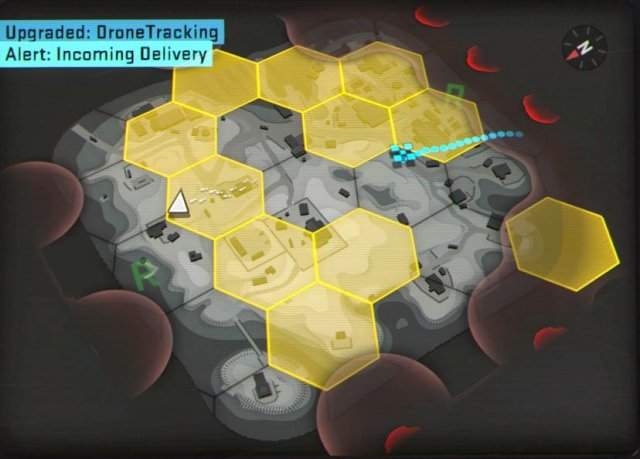 Missions are small add-ons which add extra challenge to Danger Zone. Completing these challenges reward you with cash for weapons and other gear. Read the missions below to understand what to do and how they work.

Hostages can be found at landmarks on the map, they are in yellow outfits with a bag over their head and their hands bound. You are able to pick up these hostages, once they are picked up your tablet will tell you where you must take the hostage the rescue zone is marked with a ‘R’ on the tablet radar. Hostages add more challenge to the game as you are only able to carry hand-held weapons or sidearms whilst carrying them. Your character also moves a tiny bit slower whilst you carry the hostage. To add on to the challenge hostages also take a few seconds to pick up. Taking them to the rescue location will grant you with a cash bonus.

Contracts can be found dotted around the map. They come in the form of black briefcases with a reticle symbol on the front (as seen in the image). Once the case is opened a piece of paper or contracr can be picked up, this will give you the task of killing a high value target; which is another player. This player is usually either the one with the most kills or the best gear, basically the MVP. Once the player is killed you will be awarded with a cash bonus and the gear that the target may of had.

Safes are also found in landmarks. Safes cannot be unlocked with the combination, but can be with a handy C4 that coincidentally comes with the safe. The C4 will take a few seconds to plant and will act the same way as C4 bombs in the normal CS:GO multiplayer. Once the bomb is planted it cannot be defused and make sure to stay out of the blast radius so you don’t die from the explosion. The blast radius gives a real disadvantage to you as you are sent back from the safe and are giving other players the opportunity to steal what’s rightfully yours. Not to help but the constant build up of bleeping before the bomb finally explodes helps draw attention to nearby players. And if they did not hear the bleeping, they certainly heard the explosion, this means you should always be on alert when looting a safe. Players can also see whete the safe is on the map once the C4 has been planted, it is marked with a ‘$’ with a circle surrounding it, the circle resembles the blast radius of the C4 so make sure you stay out of that area because the explosion can go through walls.

The Danger Zone case costs about £0.76 ($0.96) to buy and you will get a community created skin for multiple CS:GO items or if your lucky a Horizon Knife. Listed below are the skins available. 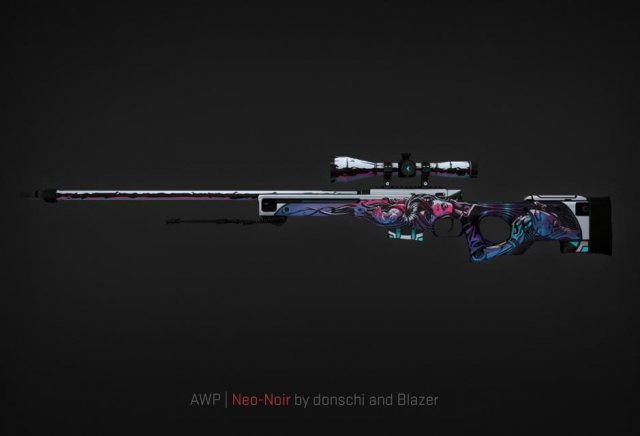 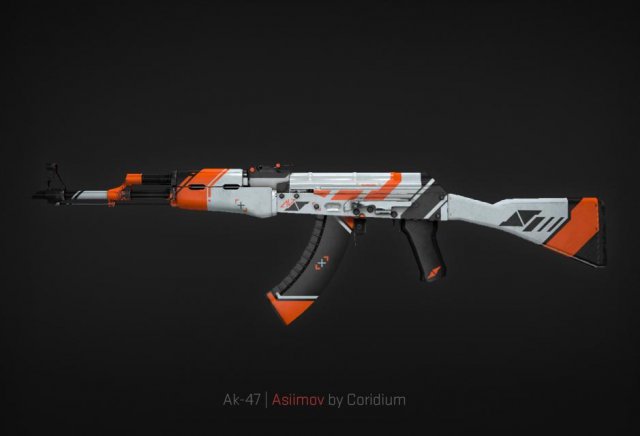 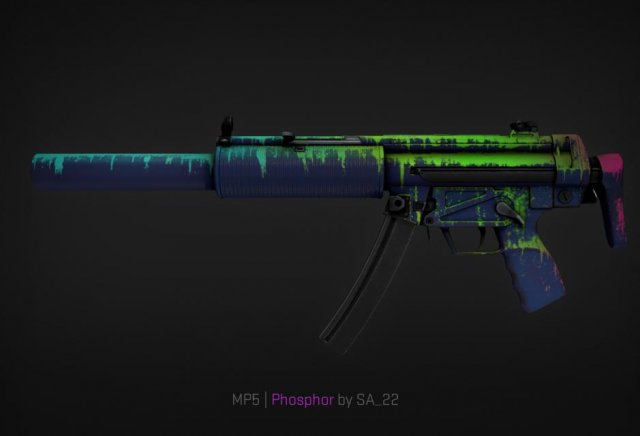 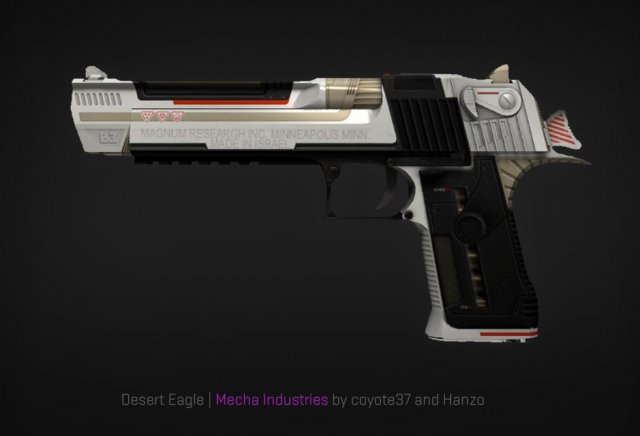 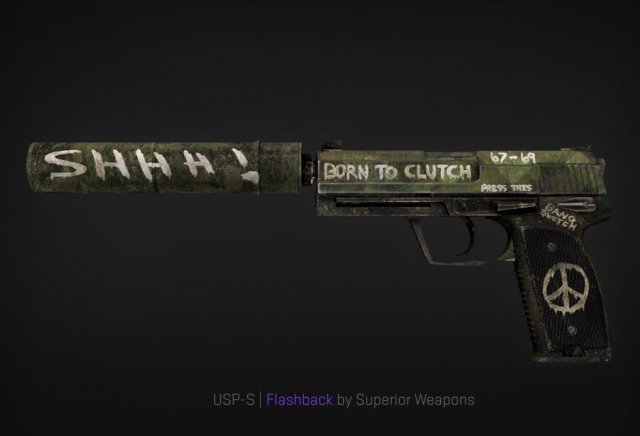 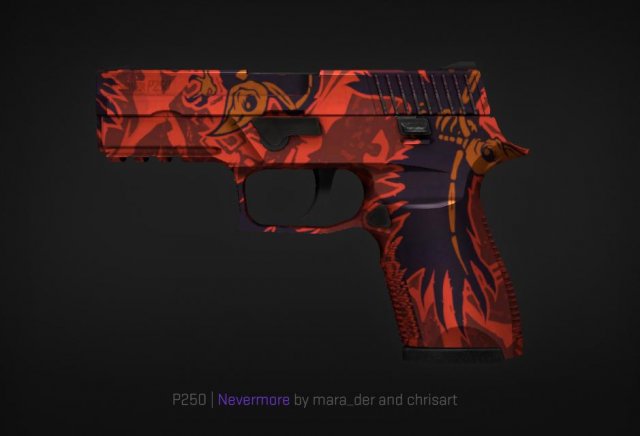 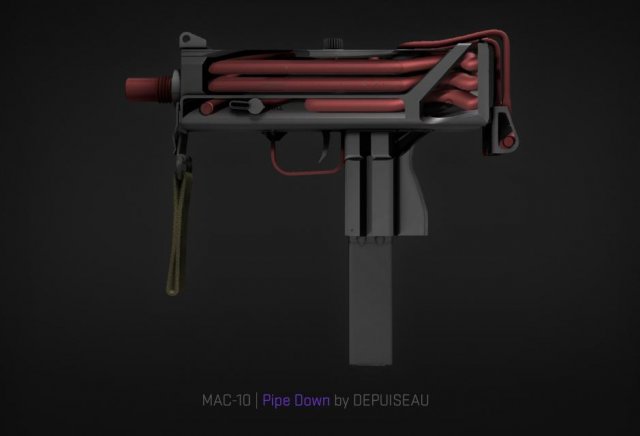 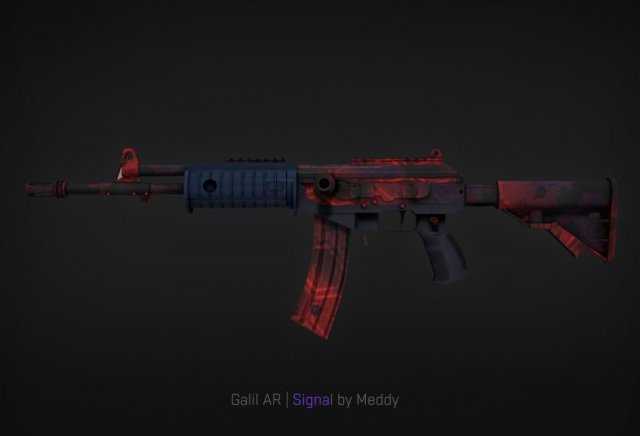 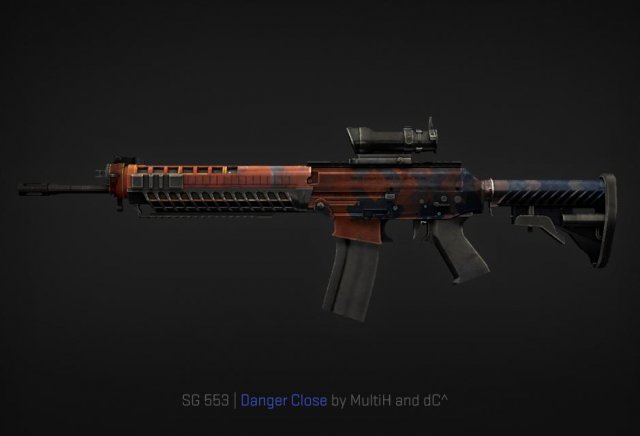 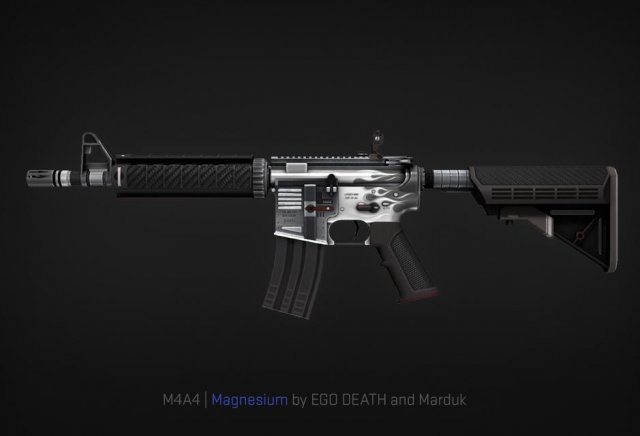 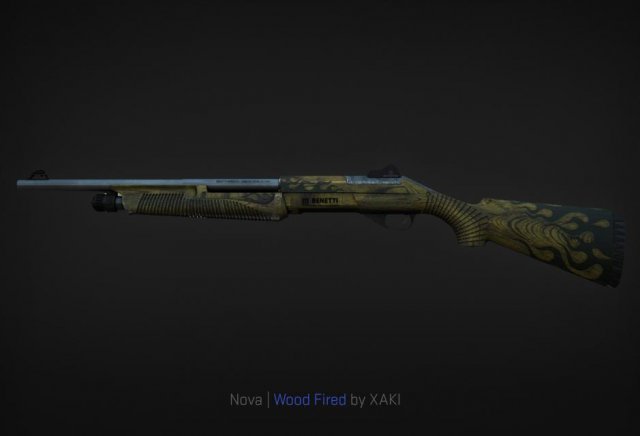 Welcome Gamers to my simple and easy guide to Bhopping. The Rise and Fall of Bhopping Back in 2004 the Counter-Strike: Source was released and a player by the name […]

This guide is about some fun commands with sv_cheats 1. List of Popular Console Commands Before to Start First Step – Open up CS:GO. Second Step – We need to choose a […]