This Guide focuses on explaining what “Problem Solving Card Text” (PSCT) is and how to read it. It also gives examples on how to apply it to the mechanics of 100 % orange juice.

What is Problem Solving Card Text

Many dedicated card games such as Yu-Gi-Oh or Magic the Gathering have their card text written in a very specific way. In Yu-Gi-Oh this is called “Problem Solving Card Text (PSCT)” which serves the purpose to write cards in such a way that they are concise, easy to comprehend in a way that it does not bring up many questions on how cards interact with other cards. Having such a thing is a necessity in huge card games. 100 % Orange Juice is also no stranger to the concept of PSCT. PSCT contains the following attributes: 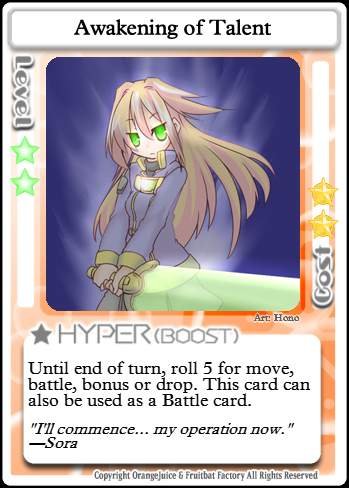 The Following Sections will explain a few examples and solve some confusing rulings regarding specific words.

Disclaimer: all images are taken from the Orange Juice wiki.

The Difference Between Gaining and Healing/Restoring HP

One would assume that these 2 are the same, however they are not. For most part you do not see the difference, but there are some:

Healing and restoring hp increase your hp by a specified number/limit up to your maximum hp. It is further important to mention, that restoring and healing appear to be the same thing, despite being different words.

The only cards/effects that allow you to gain HP are the traps spread by Krila’s Hyper or shop effects in Bounty Hunt Mode can trigger this. These effects also bypass Kiriko’s passive. 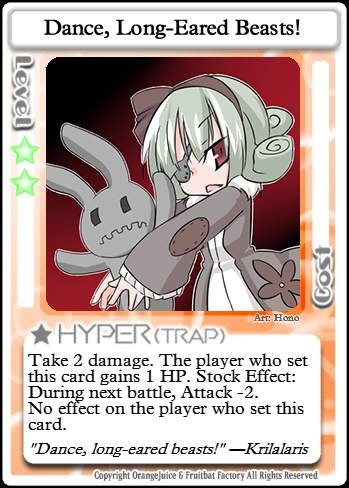 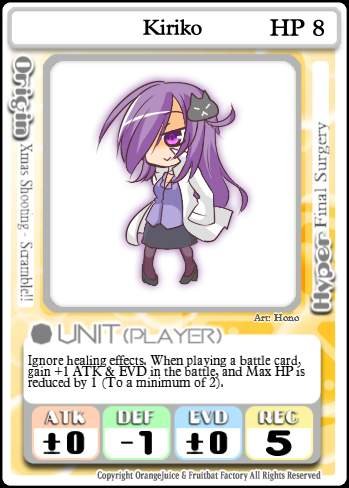 Speaking of Kiriko, for the very same reason, portable pudding also does not fail when used by kiriko, since “Resetting HP to max” is not “Healing”. However, Quick Restoration actually heals Kiriko in spite of what the card says. This is true for version 2.9.5 and may be fixed in the future. 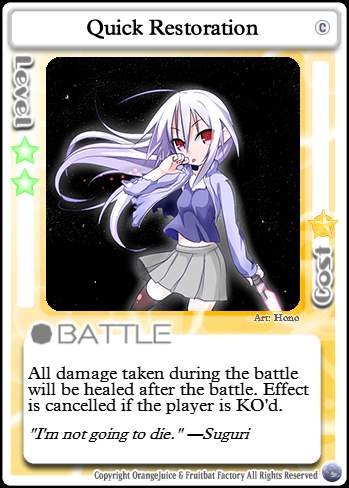 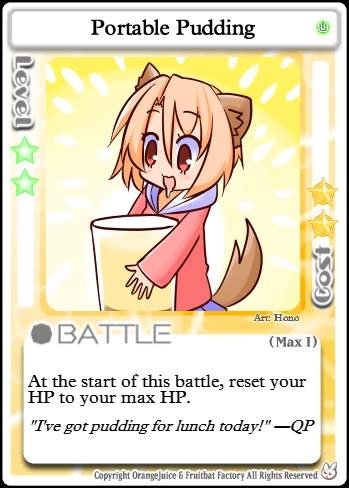 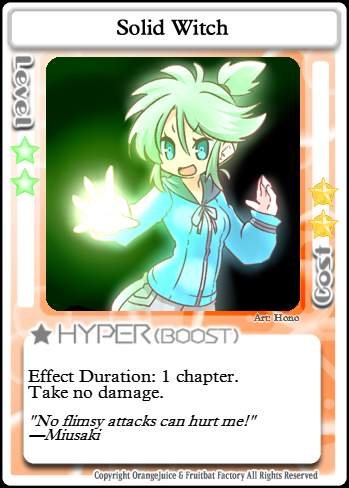 Cards like Gamble and Sealed Guardian can still affect a player with Solid Witch active. 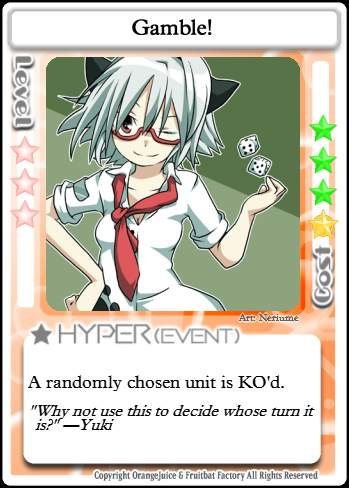 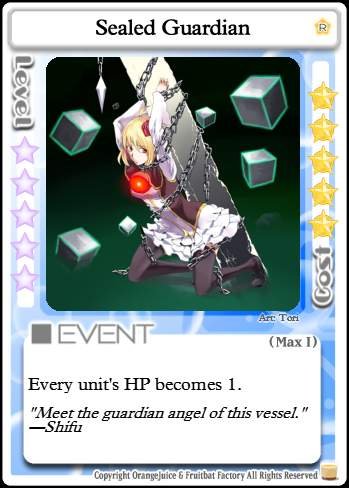 The Dealer Role’s passive Role Perk gives you a bonus card every time you draw a card.

However, passionate research Excavates and takes cards to the hand. This is not the same as drawing and thus does not give you a bonus card. 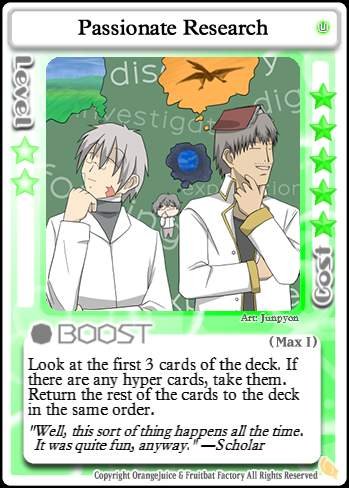 Furthermore, x2 Effects are double the existing effect of the panel. A draw panel with a x2 boost is not a different panel than a normal draw panel. Therefore, if you landing on a x2 draw panel while demand is active, you will draw 3 cards. 1 from the draw panel, another one from the double effect, and the 3rd is the bonus card.

The Characters Cuties gain 2 stacks of “events crashed” if they play of the god is activated and pulls a card they did not play before. However, Nath does not get 2 stacks of extention but only 1. 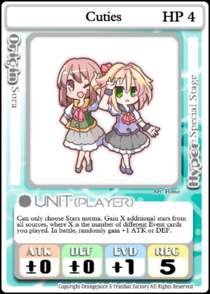 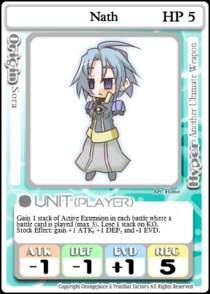 Nath however also gains a stack, if an opponent uses a battle card versus her.

Furthermore, Kiriko only gets 1 stack of her passive when she uses it. 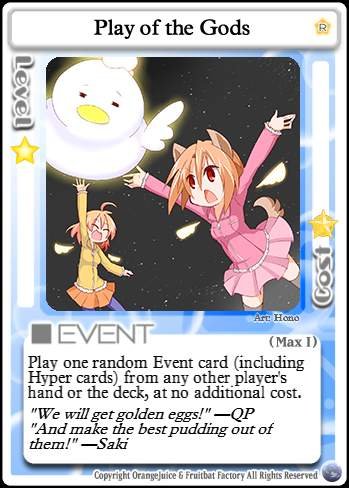 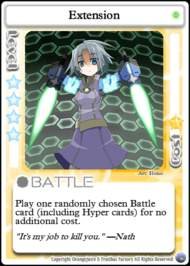 The 2 keywords “Target” and “Challenge” work the same way they do in Yu-Gi-Oh. If a card or effect says the “target” or “challenge” they do, otherwise they do not!

This is why Assault can be used to counter special stage. If you understood everything previously mentioned, it should be clear why, but let’s break it down just in case. 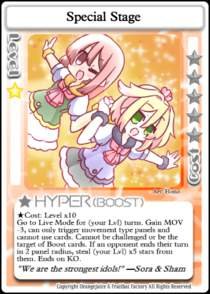 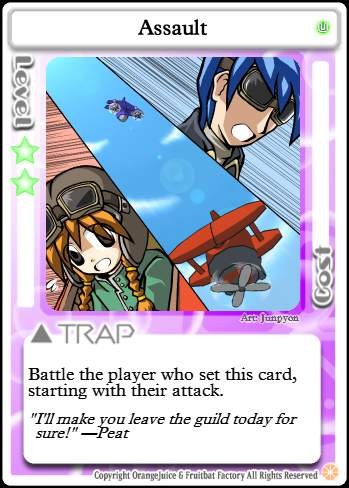 “Live Mode” gives you protection from being challenged to battle by other players and being targeted by boost card effects (like Long Distance Shot). It also makes you ignore all panel effects besides move (and warp, which classifies as a move panel). However, it does not make you immune to trap effects.

Furthermore. The card Assault does neither mention the word “Target” or “Challenge”. Therefore, it bypasses the Protection Effect of Special Stage.

This is the maximum complexity of PSCT that you will likely need for this game.

Well, This is not really a case of “complex PSCT understanding” but more of a case of “a term is defined in an unintuitive way” type of thing. 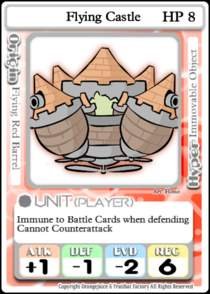 Most people would assume, that flying Counter-Attacking means going second in battle.

However, this is wrong! There are Circumstances when flying Castle can fight back!

These include the following:

Here is a breakdown as to why these effects allow flying castle to fight back. 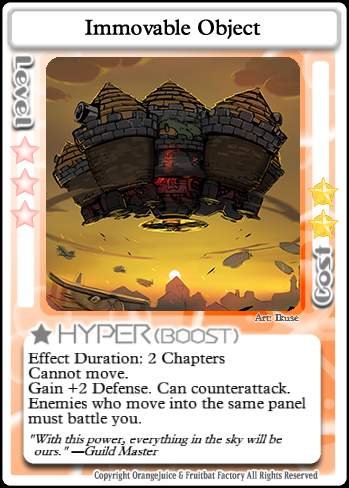 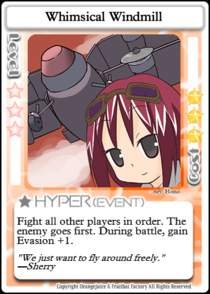 This one makes you challenge the player. Despite you going second, you are not the person who has to “fight back” since you issued the challenge. 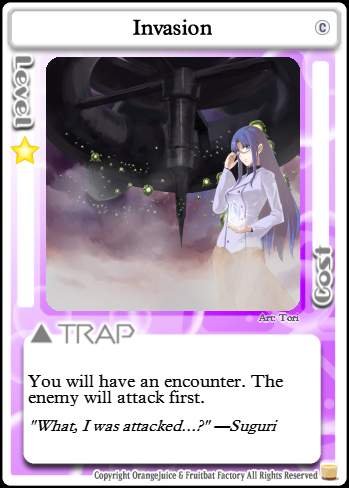 ContentsStarting RolesAttackerGuardianSupportUnlockable RolesAvengerDealer Starting Roles At the start of each co-op game, you must make a selection to pick a character and in addition to character, a co-op role. The […]

ContentsCards ListChris’ HyperList of Cards That Give Store Manager CounterBonus Cards List Chris’ Hyper How to call Manager for help: You need to get to norma 4, and have at […]