These are the division templates I use. 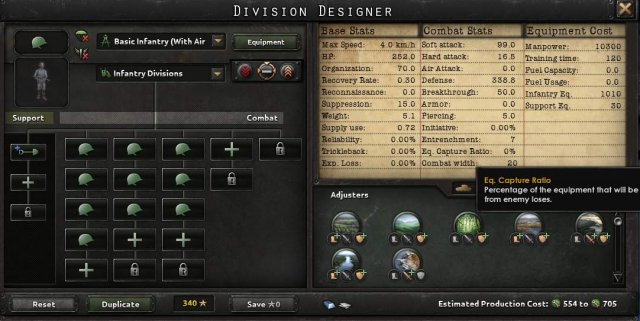 This is the most basic infantry you can make. You can use these as coastal defense or just fillers in a line if you have tanks. I use them on Germany and Italy to fill lines and defend. 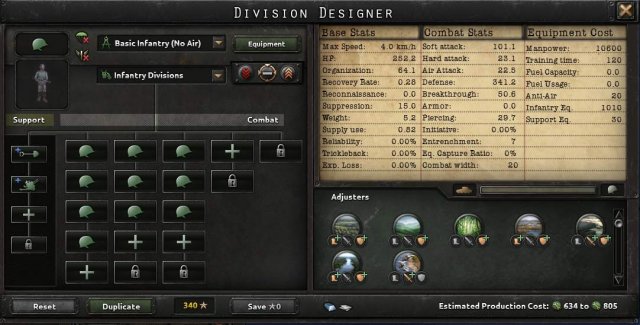 This is the same as the basic infantry except it has AA. You should build this is your not expecting to win the air war just to make the cas less effective against your divisions. 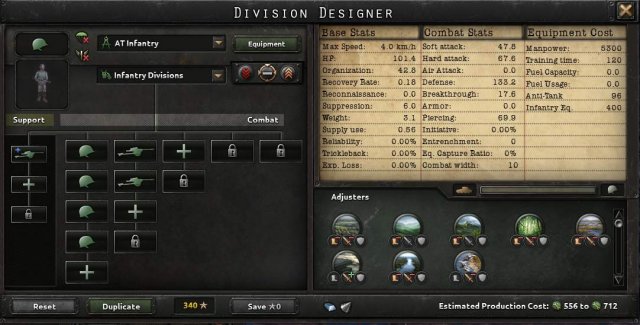 This is AT infantry that you put where you expect tanks to be. Like as Italy and the UK you can put a couple of these in Africa or as the Soviets and put groups behind the lines to move in and counter pushes. 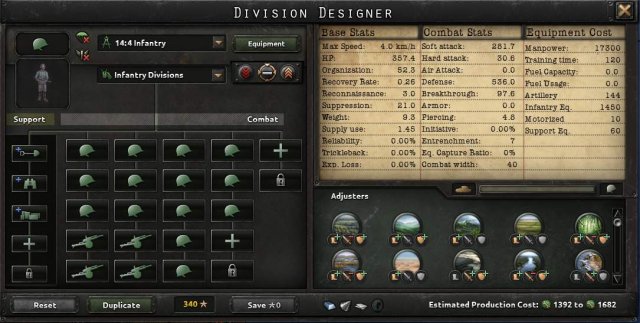 You should make this if your using the superior firepower doctrine as the allies. You can replace the infantry with mountaineers or marines if you want to have special forces. You can also cut this in half if you dont have enough equiptment and make 20width instead of 40. 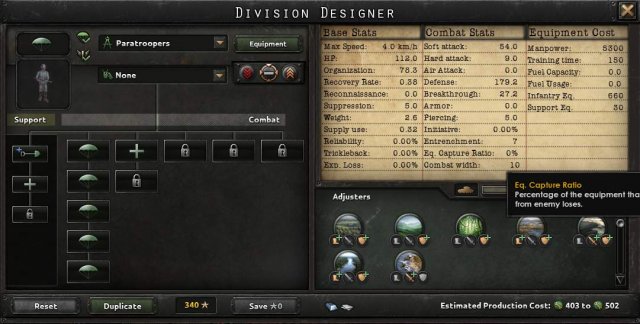 This is a paratrooper division that wont just be meme it can actually hold for more than a second and prevent reinforcements to a battle or to land on around cities and distract the enemy. 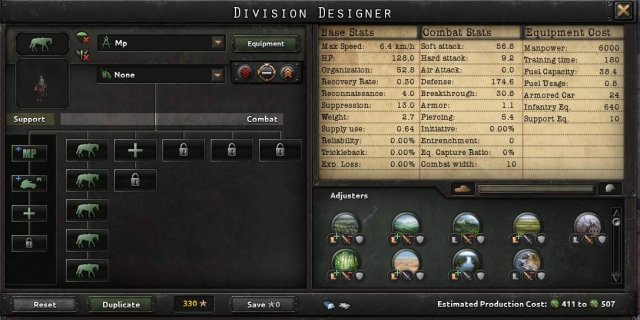 This is a MP division for your garrisons if your expecting heavy resistance in an area. 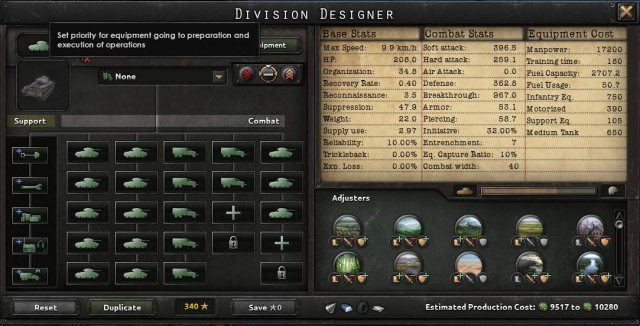 This is just a basic tank division you can replace the tanks out and the motorized with mech if you have the production. 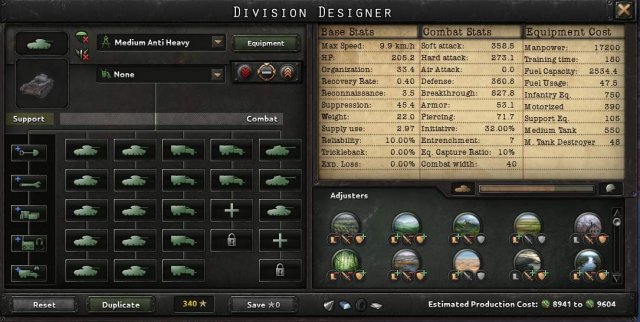 This is a division I would make as Germany when there is a heavy tank no air Russia the tank destroyers are there to pierce the heavy tanks. 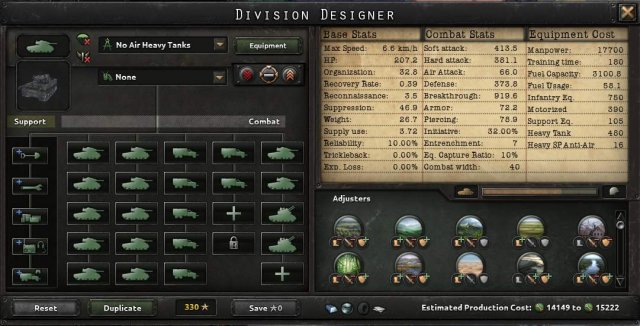 This is a no air heavy tank Russia division the Heavy SPAA is there to counter the Germany Cas.