A spoiler free and simple guide on how to max out Fox’s social link.

Fox is a character who can be encountered at Tatsuhime Shrine starting on 5/5. He is quite a unique social link because he ranks up through the completion of quests unlike most other social links. Fox can heal your SP in dungeons for a price and by ranking up his social link, the cost of this decreases. This is a guide for the quests, you must talk to the fox to obtain the quest and to rank up after finishing the quest which I will leave out of each rank walkthrough but you should obviously keep this in mind as you go through them. 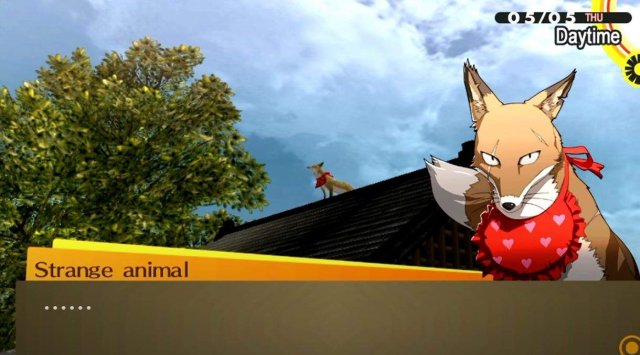 The first quest Fox gives you is Quest 07: “I Wish for Love”

There will then be a girl standing near the entrance to the school in front of one of the shoe shelves. Once you talk to her, she’ll run off. 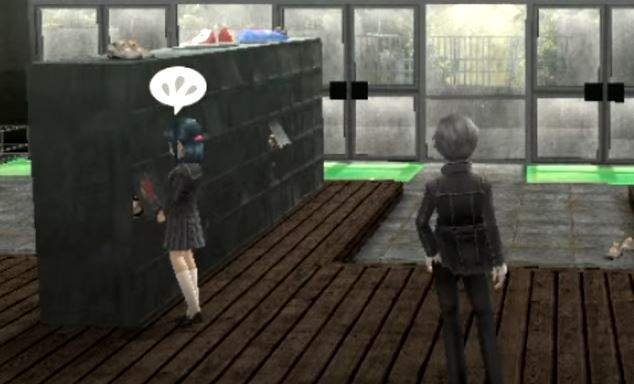 The next day, she’ll be standing outside Class 2-2. Choose the first dialogue option when prompted and she will then run off again. The next day she will be outside 2-2 again, talk to her once more to complete the quest. 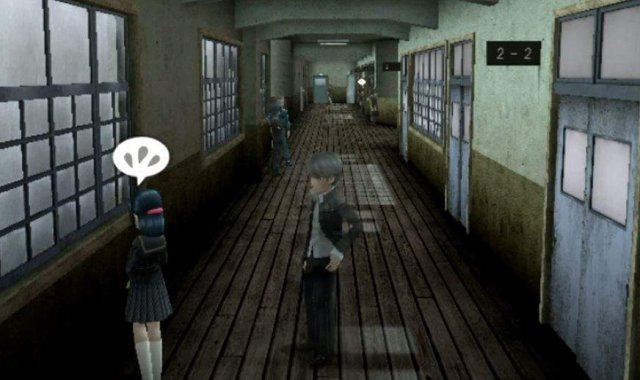 The second quest Fox gives you is Quest 08: “I Wish I Didn’t Crave Snacks”

Talk to the woman in the Southern Shopping District standing in the road near the Shiroku Store. 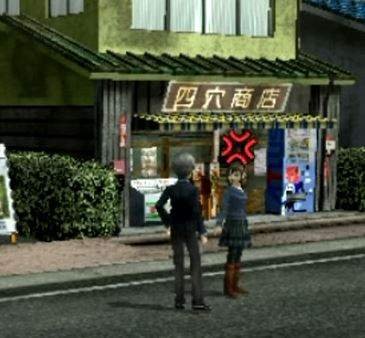 Then, talk to Chie on a day where she’s available. She will give you Meat Gum. Bring the gum she gives you back to the woman and you will complete the quest.

The third quest Fox gives you is Quest 09: “We Wish Our Dog Would Return”

There will be a dog in the Samegawa Flood Plain Riverbank, talk to it and it will run off.

The next day the dog will be in the Northern Shopping District, talk to it and choose “Talk to it gently” and it will run off again. 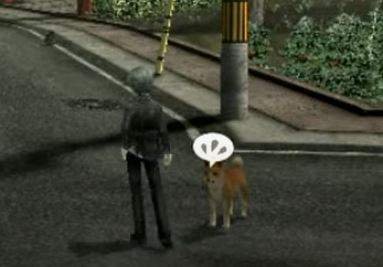 The dog will be back in Samegawa Flood Plain the next day, but near the line of trees this time. Select “Talk to it gently” once more and it will run off yet again. 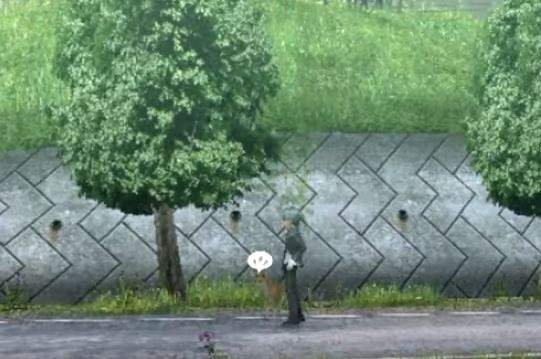 Lastly, buy a steak sewer or super croquette from Souzai Daigaku in the Northern Shopping District and head back to to the same spot in the flood plain and talk to the dog. Choose the same option as the last few days when prompted and give it the food you bought to complete the quest.

The fourth quest Fox gives you is Quest 10: “I Wish I Had Friends”

To start this quest you will need to have a Prize Sticker obtained from ordering from Tanaka’s Amazing Commodities. There will be a boy near the board in Samegawa Flood Plain, talk to him and give him the Prize Sticker. 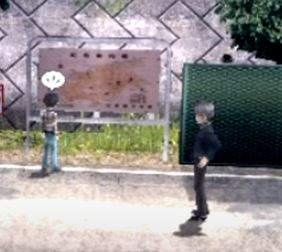 Return the next day and talk to the boy. In the evening, talk to Nanako then when prompted choose “Ask Nanako About Stickers” and then “Thank You.”

Go back to the boy and give him the sticker Nanako gave you, then return the next day and you will complete the quest.

The fifth quest Fox gives you is Quest 11: “I Wish My Life Had Meaning Again”

There will be a man in the Northern Shopping District a little south of the shrine. Talk to him and agree to complete the model. 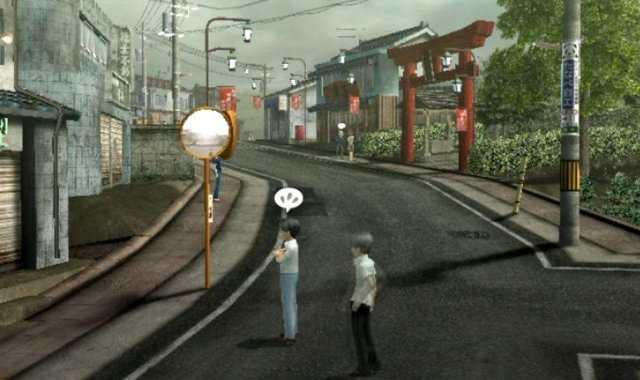 To build the model, interact with the table in your room. There will be an option to “Make a model.” Completing the model will take several days, but it will also increase your diligence in the process and you can display them on your shelf. 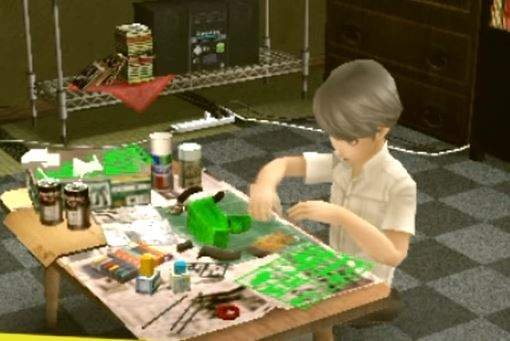 Once you have finished the model, return to the man and talk to him to complete the quest.

The sixth quest Fox gives you is “Quest 12: “I Wish I Was Better at Speaking”

This quest requires at least Rank 3 Courage and Understanding

On a sunny or cloudy day there will be a girl on the roof of Yasogami High. After you talk to her she will run off. 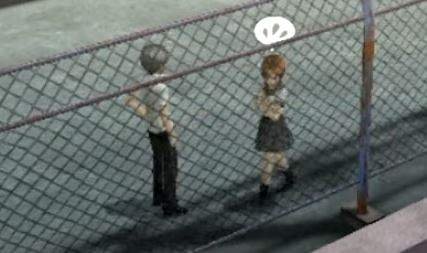 The next day, return to the girl and talk to her. When prompted respond “Do you need help speaking?” then “Give her lessons.” She will run off yet again after the conversation ends.

Return to her on another day and choose “Apologize to her”. This will complete the quest.

The seventh quest the Fox gives you is Quest 13: “I Wish I Didn’t Fear Cats”

At the Samegawa Flood Plain near the line of trees, there should be a man. Talk to him and when prompted ask him “Is it a cat?” 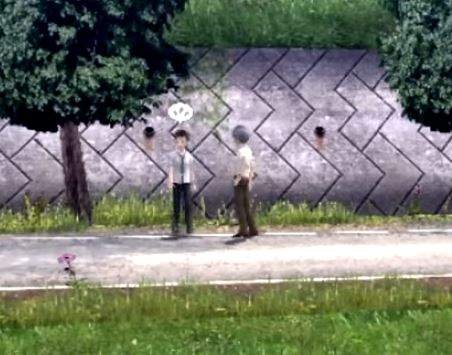 Head to the Dojima Residence and interact with the cat outside. Choose to “Bring him here” 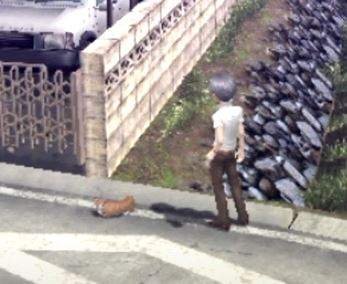 The eighth quest Fox gives you is Quest 14: “I Wish My Wallet Would Return”

Head to Samegawa Flood Plain where you should find a woman near a trash can. Once you talk to her you’ll find out she’s looking for her wallet. 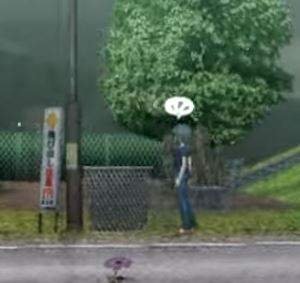 Head to the riverbank and walk to the right of the staircase, interact with the bushes next to the sign and you should pick up a wallet.

Return it to the woman and you’ll find out it isn’t her’s. Head to the Northern Shopping District and near the shrine there’s a light pole, walk behind it and interact with the bushes to find another wallet. 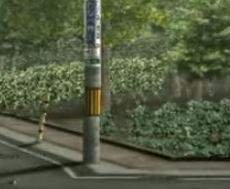 Return the wallet to the woman to complete the quest.

The ninth and final quest Fox gives you is Quest 15: “The Shichiri Beach Guardian”

First, talk to the old man at the Samegawa Flood Plain Riverbank. 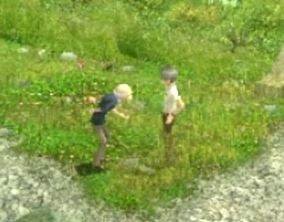 Go to Shichiri Beach where you will find that your fishing rod doesn’t work in the ocean. Then go back to the old man.

You will need to catch the Samegawa Guardian for the first part of this quest. This requires you to have an Inaba Jewel Beetle as bait. You can also only catch the fish when it’s raining or snowing, so plan accordingly.

Once you’ve caught the Samegawa Guardian, show it to the old man and he will then give you the Deep Sea Rod so that you can fish at Shichiri Beach.

Enemies have certain resistances that take some trial and error; this is my trial so you don’t err! Guide to Resistances Definitive Defense Document Flattering Hablerie has brain freeze. Forgotten […]