This guide shows how to set up trading with merchant ships. It promotes four main points:

Trading with merchant ships brings gold into your treasury. Not enough gold to eliminate taxes, but usually enough to help keep taxes low.

For this reason, build a dock start trading as soon as possible in a game, as soon as you have food, wood and stone suppliers up and running smoothly.

As you know, your city starts with zero gold and no treasury to store its gold. Building a treasury requires 10 wood and 50 stone. It also uses 2 tax collectors. Once built, set the job priority for tax collectors high, but below farmers, timber cutters, quarry and builders.

When your population reaches about 50-60, start a 5% tax, maybe 10% if you can keep their happiness high. 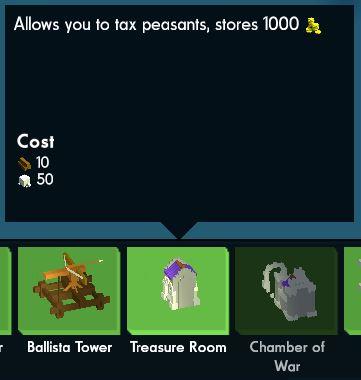 Build a Dock (And Set Its Amounts)

You will need 25 gold to build a dock (plus 5 stone and 30 wood). The dock will more than pay for itself in the first trade. 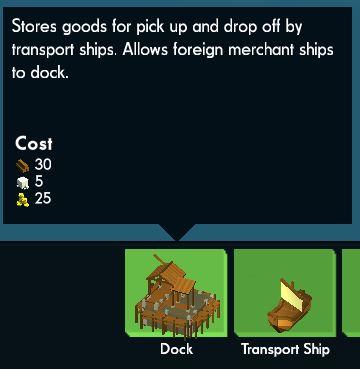 While waiting for the 25 gold to be gathered by tax, think about where you want to place a dock. You want to supply the dock with goods but not rob your city supplies. Consider this: 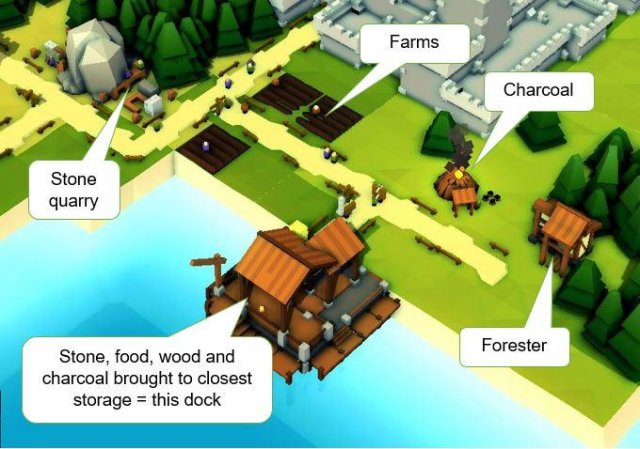 When placing the dock, rotate it so the hoist and steps are on the seaward side (opposite of land side) and there is enough room around the dock for a merchant ship to dock (and maybe later for a transport ship to dock as well). 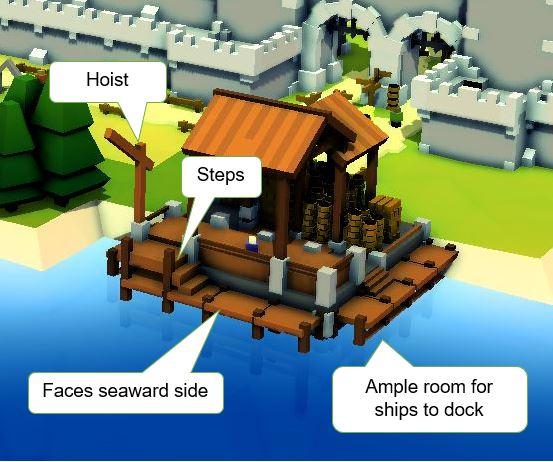 Click on the dock to bring ups its storage menu (shown below).

Locking dock good stops city workers from robbing the dock. The amount locked away shows up on the total count for the city so be advised that some of the total is locked away on the dock. 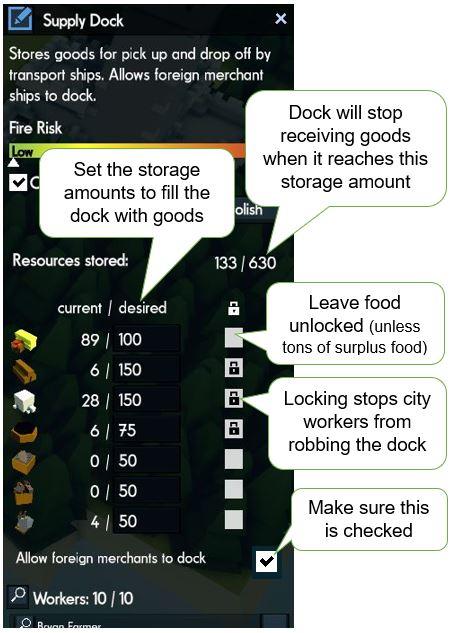 Trading with a Merchant Ship

When a merchant ship arrives, the game posts a message of its arrival. That’s nice. (Ships don’t arrive every year, but often enough.)

Click on the magnifying glass to go directly to the port and ship.

There is a scroll message as well:

Until you get the hang of trading, PAUSE the game when a merchant ship arrives, then do your trading (selling actually).

Look at what’s on your dock to sell by clicking on the dock.

Click on the merchant ship and then on the SELL tab (it goes dark instead of light). The numbers should match your dock numbers, otherwise you’re on the BUY tab.

I wish there was a “Sell Everything” button. Until its added, enter the number stored on the dock for food, timber, stone and such and sell them all. Grin as you hear the clatter of coins hit your treasury. 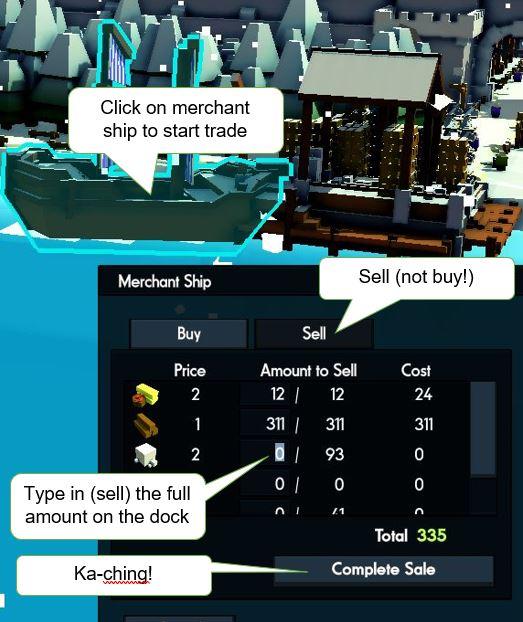 Oh no! I sold too much wood! Yes, this can happen, one can mistakenly sale all their city’s wood to a merchant, even worse go negative in wood. For this reason, always check the city supplies as you enter the amount to sell.

The merchant ship will linger for a while and a scroll message will warn of its departure. You can pause the game again and sell the few things brought to the dock after your earlier sell, or just wait for the next merchant ship.

Can’t hold all the gold? Build another treasury! 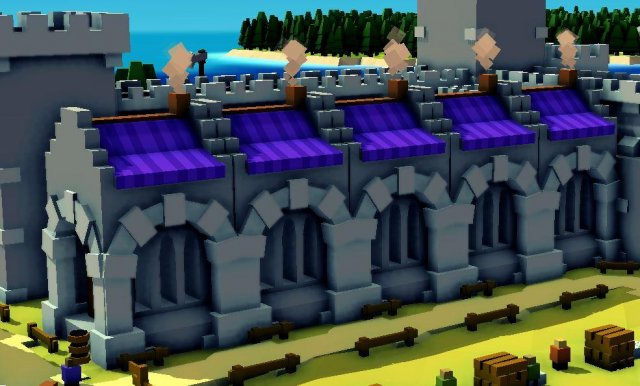 Sometimes, not often, merchant ships will offer surprise special buys, such increases in bakery efficiency, more damage from arrows and ballista and cheaper construction costs. These offers from merchant ships are MUCH cheaper than the same offered by the large library.

Trading with merchant ships will bring an amazing amount of gold into your treasury allowing you to keep taxes relatively low.

The key points to setting up a trade are:

Below is a dock set up to sell armaments and tools as well as some ore & wood. A super lucrative setup. 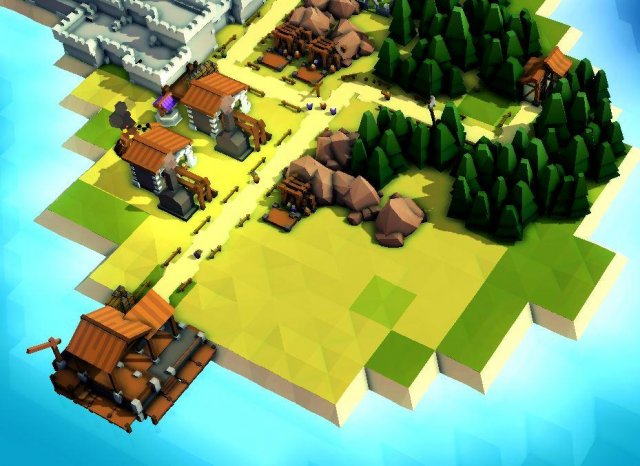 A look at the most space efficient way to grow food. Along with other info about farming. Other Kingdoms and Castles Guides: Quick Start. Efficiant Farming Guide. 100% Achievement Guide. […]

This guide explores the use of the noria and its limits. Other Kingdoms and Castles Guides: Quick Start. Efficiant Farming Guide. 100% Achievement Guide. Farms and Armies Guides. Solutions to […]

This guide describes how to build a dock and how to set up a transport ship. Other Kingdoms and Castles Guides: Quick Start. Efficiant Farming Guide. 100% Achievement Guide. Farms […]