Operation Crosswind is the fourth Special Ops mission in Call of Duty: Modern Warfare. Your goal is to infiltrate the AQ-occupied Verdansk Airport, board the hijacked 747, and recover its cargo. There are a couple main tasks you must complete to finish this Spec Ops mission.

How to Complete Operation Crosswind Mission

Below are the tasks you must complete to complete this mission:

First, you should head to the airport roof to disrupt the enemy comm. At this point, you’ll have to defend the point while the disruption takes place. Then, head inside to do the same with the main terminal. Once you disrupt that one, you’ll need to head outside to the plane. From inside, you’ll be tasked with finding the nuclear core and escaping the plane.

It’s also a good idea to be mindful of your loadout before starting Spec Ops. Since the area has a combination of close quarters and long-ranged battles, you’ll want to bring something with some versatility. Likewise, utilizing the Overkill perk will help you, too. 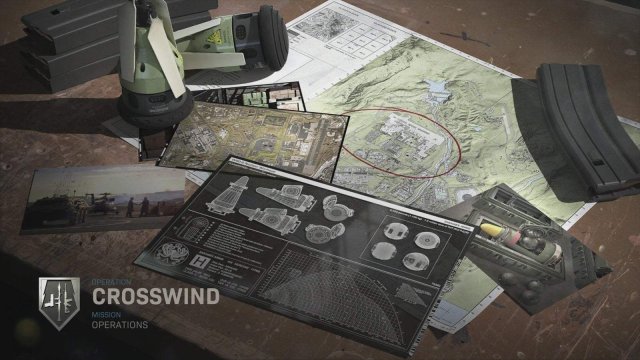 One thing that can help tremendously with this section is if someone dies and lands on the roof of the airport nearby to watch over the upload. It’s recommended to have someone kill themselves right away and land on the roof. Make sure you land on the tallest roof of the terminal, not the parking garage. 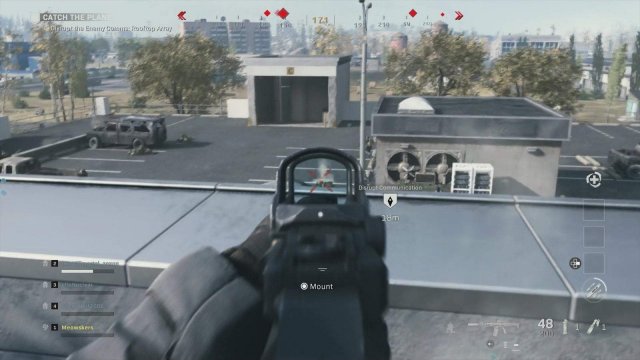 From this point, it’s easy to avoid taking damage. Otherwise, you’ll have countless Juggernauts to deal with. Once you complete the objective, make your way inside the terminal to the next upload point.

Similar to the last point, you can actually disrupt the comm from above. Only you won’t need to die this time. You can wait on the upper floor above this upload point to capture it. Again, someone will need to initiate it. Have your whole team up here and hide by the seats nearby.

Don’t waste your time trying to take out the Juggernauts below because you’ll be making a sprint shortly. 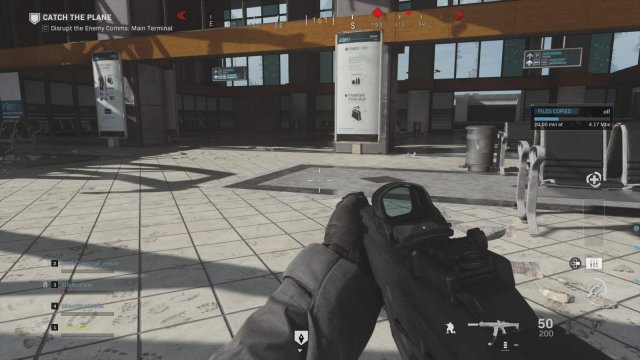 At this point, you’ll have a tough task ahead. You’ll need to get to the runway and into a plane. The toughest part is getting out of the terminal due to the Juggernauts and other enemies around you. From the upper level where you were disrupting the comm, you’ll see the path ahead through a tunnel below you.

Make a sprint for it as a team and head down the tunnel to the runway. When you reach the outside, take a right down the side of the destroyed plane and you’ll find a group of four-wheelers you can ride to the plane.

You have five minutes to do so, which is plenty of time. Too bad the next part isn’t as generous with time.

Once you make it to the plane, you’ll have three minutes to get to the bottom level to retrieve the nuclear core. Fans of Call of Duty 4 might find this section familiar (Mile High Club, anyone?)

Three minutes is actually not as bad as you might think, but you have to keep moving. Hopefully, you have some stuns or other grenades you can use for this part.

When you gain control, head upstairs and have two teammates per side. Carefully, make your way up the cabin, while using cover. When you take out all visible enemies, move up.

At the far back left, you’ll find a door you can breach, but beware of the Juggernaut behind it. 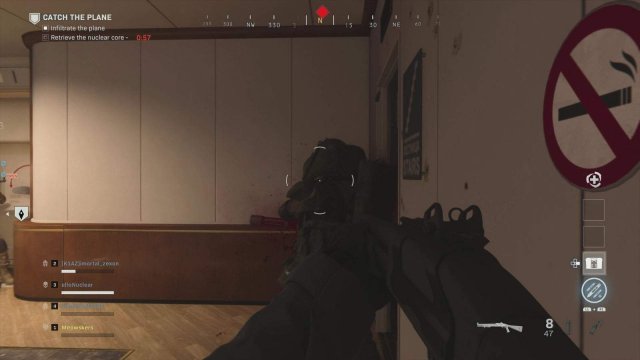 You can actually lead the Juggernaut forward in order to sneak behind him to the stairs. No sense in wasting ammo or time killing him. By the time you reach the stairs that lead down, you’ll want to have around 1:20ish on the clock.

Head down, take out the guys hiding behind cover and make your way to the reactor. It ill be on your left. Open the container and grab the nuclear core.

From here, you’ll want to keep heading forward, towards the room with the red lights. At this point, yet another Juggernaut will appear, but you can run around him like before. Make your way to the far back to reach the exit room and hopefully you have enough time on the clock. 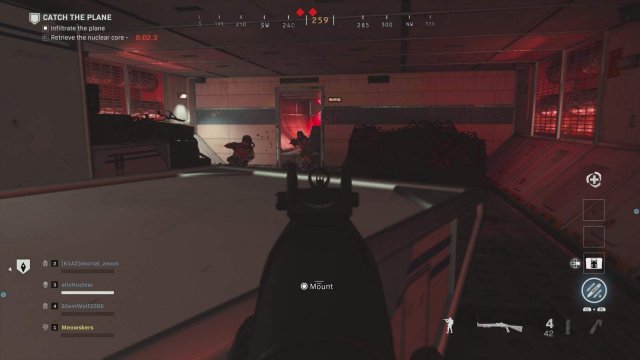 Once you reach the exit room, you’ll skydive to safety to finish the Spec Ops mission. This one is extremely tough, but luckily, each section is doable thanks to some cheesing.

Call of Duty: Modern Warfare – 2XP Token Guide (How to Get and Use It)