How to get a vehicle, such as the Kuruma, into the prison during the Prison Break Heist finale!

Getting a Kuruma inside the prison is as simple as parking it outside before heading in on the bus, and then running back out for it when you get off the bus. 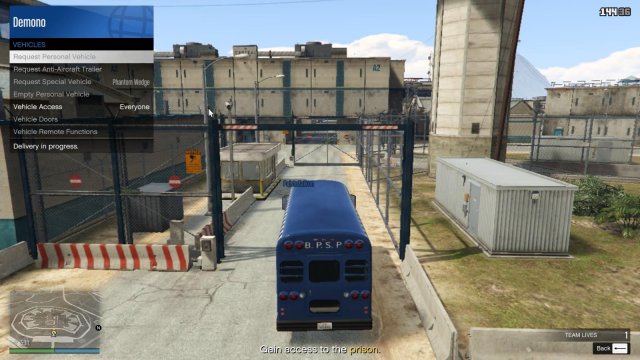 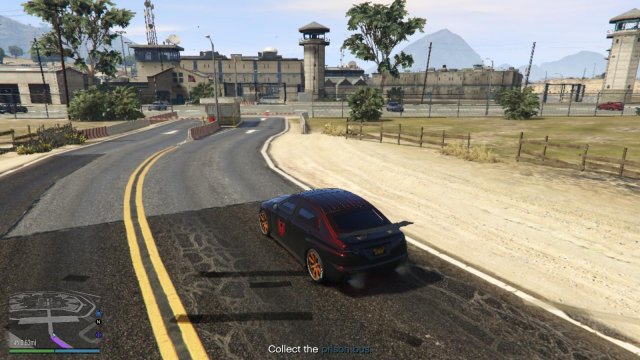 The easiest way to do this is to call your vehicle from the interaction menu while you’re in the parking lot. you can also manually park it before getting on the bus and heading inside.

Make sure you call it before you go through the first sliding gate because you won’t be allowed to call it after that.

If you’re parking it, be careful not to alert any guards standing by the gates.

Heading Inside on the Bus 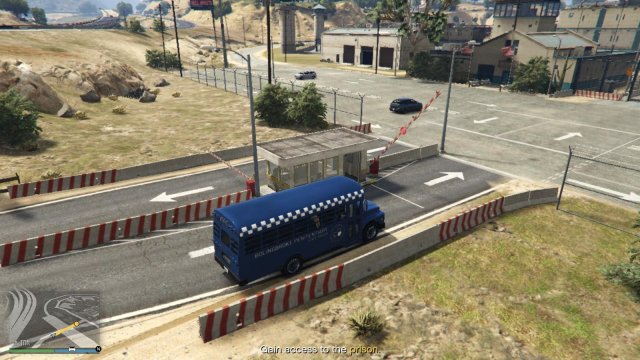 Once you have the car parked, both the Officer and the Prisoner should get on the bus and head into the prison as normal.

It should go without saying but do not aim at the guards or honk the horn or anything else that might alert the guards. 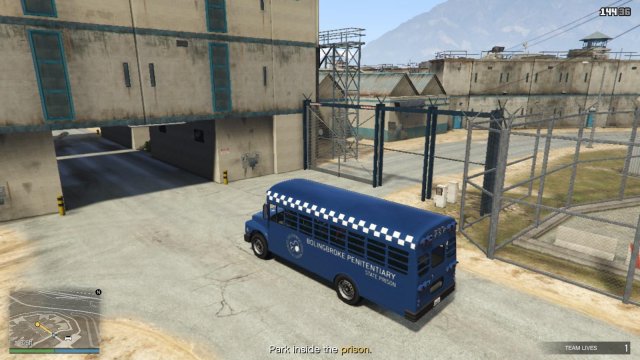 Notice this closed gate on the right side after you gain entrance, you’ll be heading through this with your vehicle. 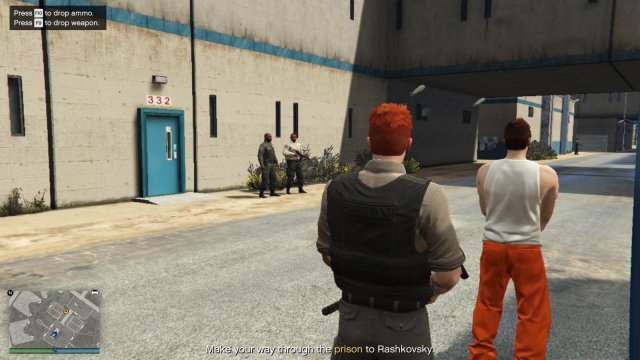 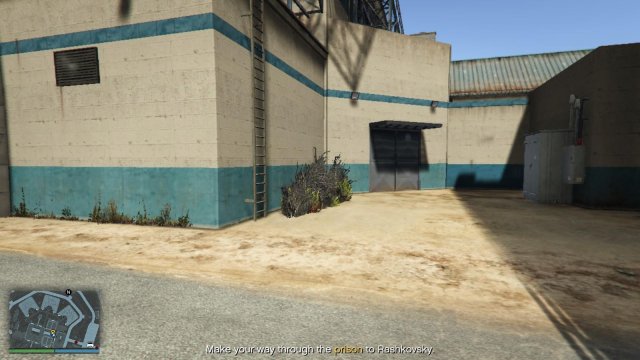 Get to the waypoint, trigger the cutscene and exit the bus. Once off the bus, kill the guards and make your way towards the ladder. 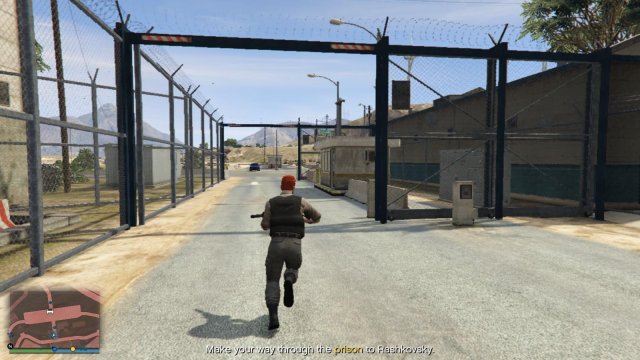 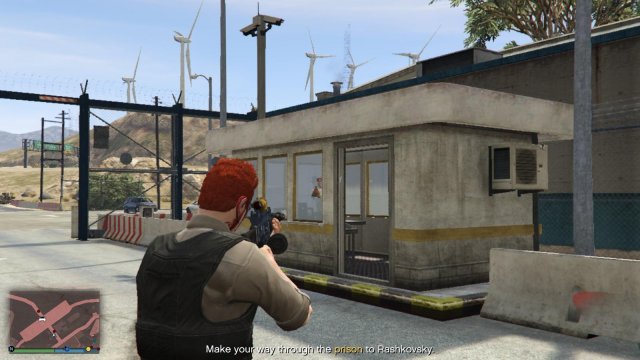 The player grabbing the car should continue running back out towards the parking lot while the other player climbs the ladder.

It’s important that the player going for the vehicle make it to at least the first sliding gate before the player on the ladder triggers the waypoint at the top or else they’ll be stuck inside the prison with an out of bounds error.

Getting the Vehicle Inside 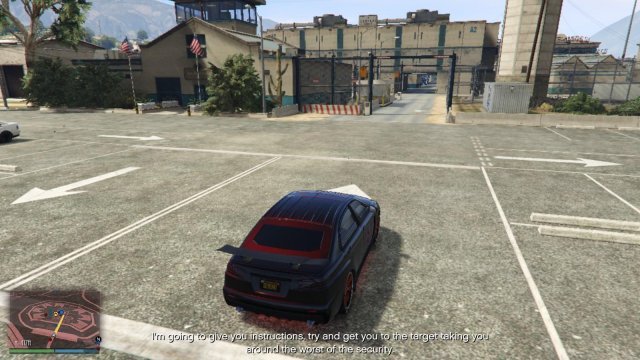 Once you have the car, head back through the sliding gates and through the gate on the right side which opens up when the ladder at the top of the waypoint is triggered. 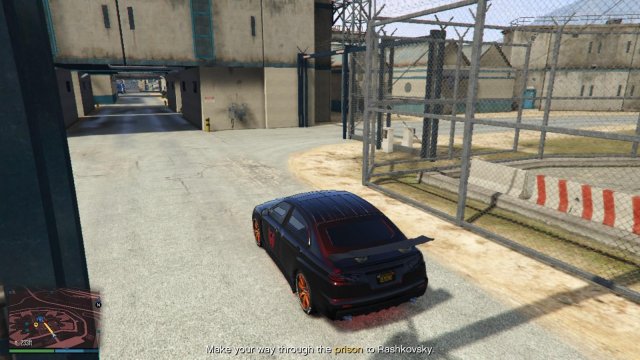 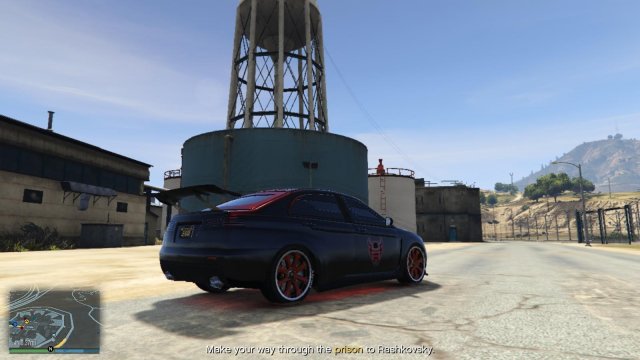 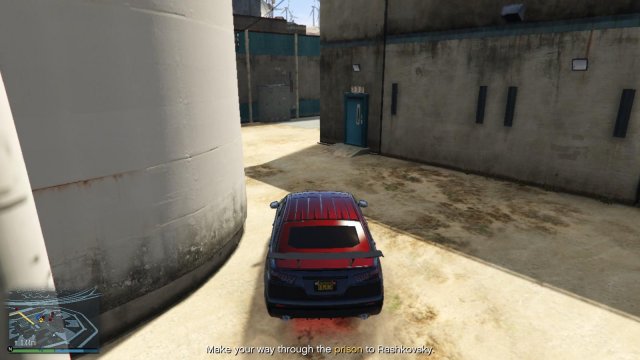 Continue following the fence around the perimeter of the prison until you come to the water tower where there is a wide enough alley to get the car through.

Go under the tower and take a right then follow the path a short ways until you get to the yard. Once at the yard, help clear out all the guards until Rashkovsky becomes approachable. Either player can trigger the cutscene which will transport both players back together again near Rashkovsky. This is useful if the ladder player is still up on the catwalks.

Once you have Rashkovsky, you can leave the prison by going out the way you came in. Head back out under the watertower and around the perimeter of the prison to the front gate again. 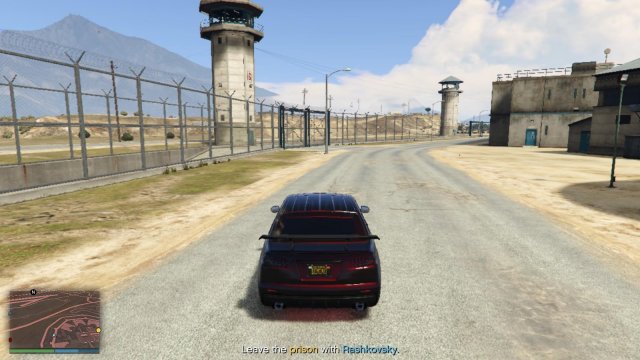 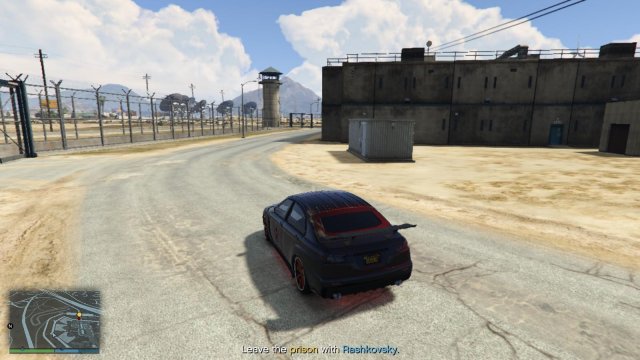 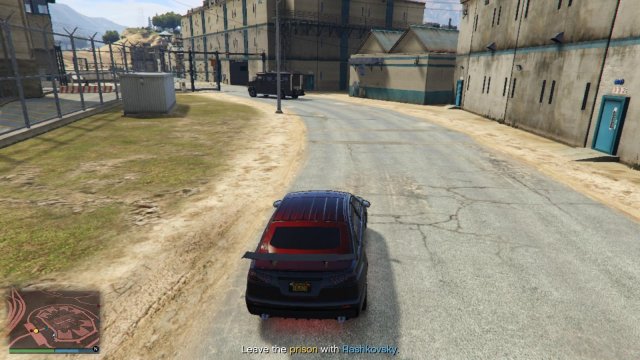 You also have the option of abandoning the vehicle, heading through the last narrow passage on foot, and taking the empty NOOSE van instead.

Once out of the prison, head towards wherever the pilot wants to land, and get everyone on the plane.

The prison team can stay together when getting the vehicle and then drive into the yard together, but the gate on the right won’t be opened without triggering the waypoint at the top of the ladder. On the opposite side there is some destructable fence and a short wall that can be jumped with a little luck and effort though it may take a few tries. Try to use the fallen over pieces of fence to help angle the car over the wall.

Upon getting inside the yard, one of the players will have to exit the car and backtrack up to the walkways to trigger the waypoint, but once the yard is cleared the other player can teleport them back by approaching Rashkovsky

It may also be possible to jump the car over the perimeter fence into the prison by launching off the cliffs around back but I haven’t tested that method yet.

GTA 5 – Getting the Most Out of Artificial Scarcity (Contact Mission)

Artificial Scarcity is a contact mission given by Martin Madrazo and according to many players it’s one of the most difficult contact missions in the game; you’ll need to enter […]

GTA 5 – How to Play Without Spending Real Money (GTA Online)

It’s a very long process, but there is a way to play the game without spending money. I’ll run through the game now and then and create the game right. […]