Darkeater Midir is a secret boss in Dark souls 3 The ringed city DLC. And, in my opinion, he is the hardest boss in the whole Dark Souls 3. He has a lot of HP even on NG (needless to say about NG+ etc.) and you have to learn all his moves to be able to beat him. That’s why I wanted to share some tips about how to fight this boss and guide you finding him. I hope this guide would help you to defeat this boss. 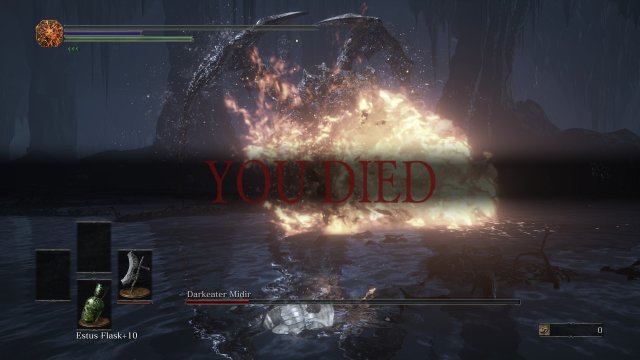 For the first time you will see this dragon flying over the mountain near the Ringed city swamp. (one with a giant) 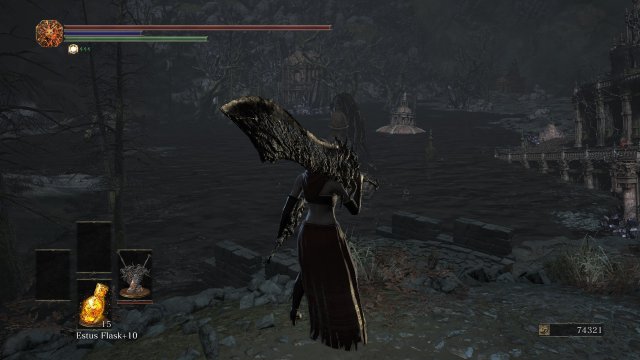 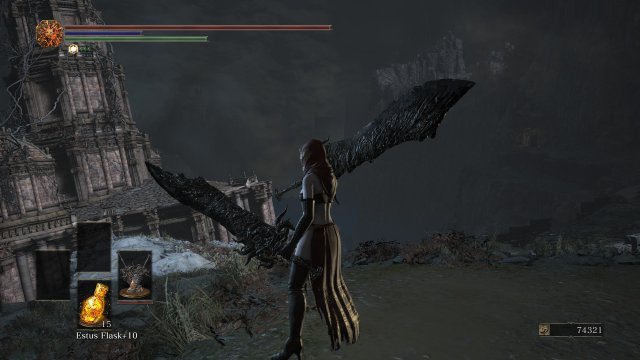 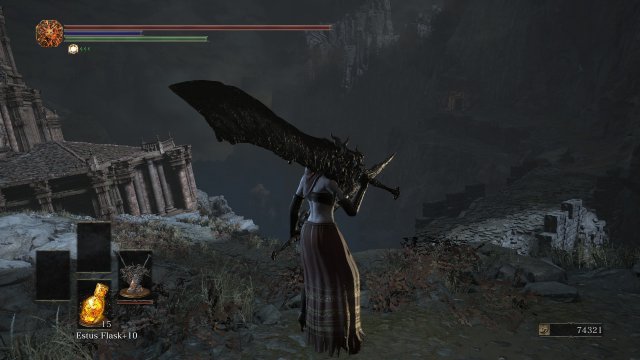 Head to that mountain and you should see a bridge and a road. Run forward, once the dragon starts to burn the path, immediately run back and wait for the fire to extinguish. Then run forward, you will see a rock to your left, hide behind it, so the dragon won’t burn you. Be careful there’s an enemy which would try to kick you down from the cliff! After that run forward and look to your right – you should find a cave there, hide there (you can also pick up an item from here). Wait for the fire to extinguish again, go out, trigger the dragon to burn the road, but go back into the cave again. Wait, go out and run forward the dragon. Carefully look to your right – there’s a lower path, go there and you should be safe from fire. Now just go till the end of the road and go into the graves.

Once you reach the Shared grave bonfire, go out of the room with a bonfire and you will see this dragon again. 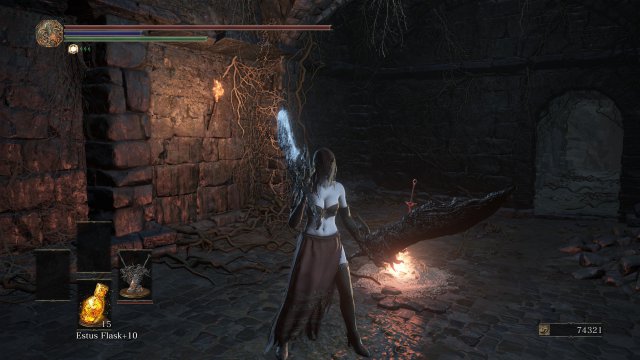 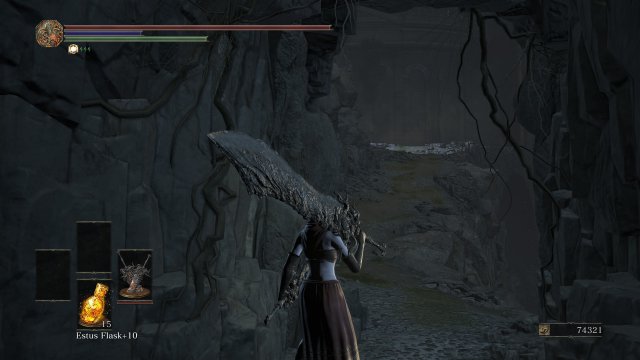 Turn left, wait there until the path is safe, then rush to the dragon. 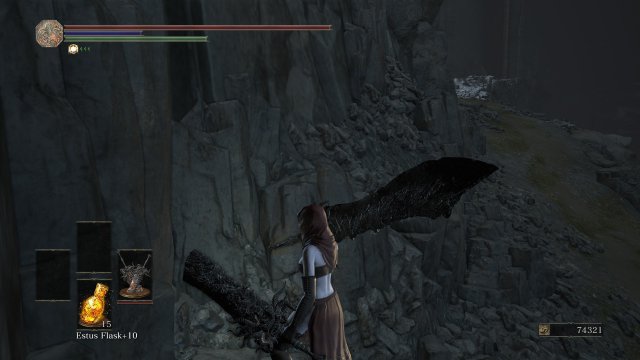 Once you near him – do anything you want and can to kill the dragon. I just stayed in front of him with a close-ranged weapon and hit him. 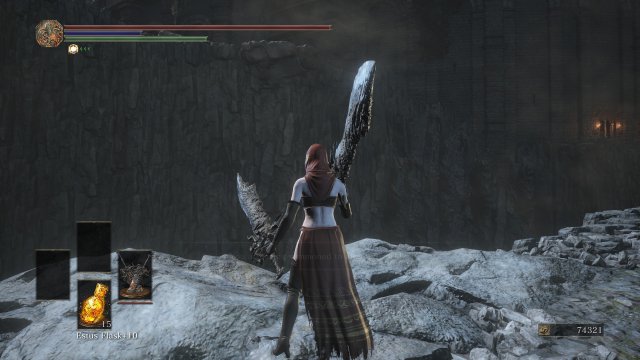 Don’t forget to dodge ofc!
Once he’s dead, you will recieve an item and the dragon will drop down from the cliff.

Was that a Boss?!

Nope.. you’ve just made him a boss x)

Now just play further until you open a shortcut at the Ringed Inner wall bonfire, head down the lift and hop out the door to your left half way down the lift. 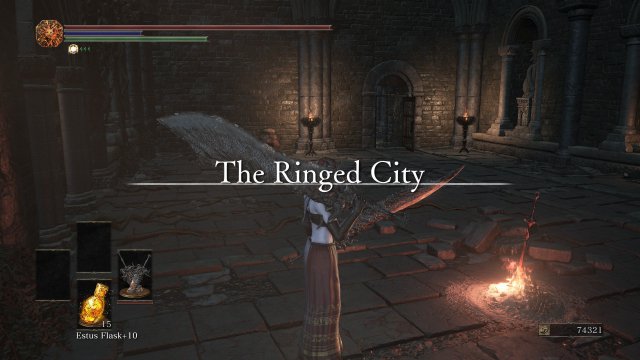 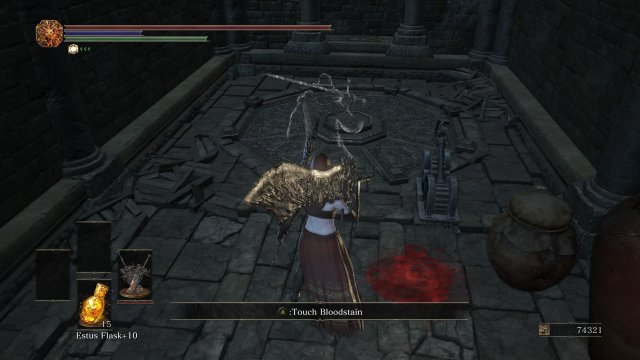 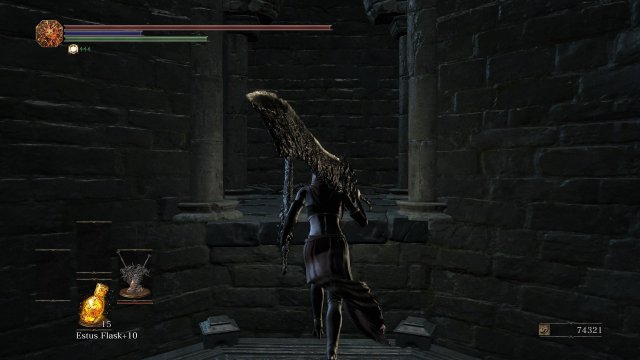 Head left and open the illusory wall to the right of the dead body laying here. 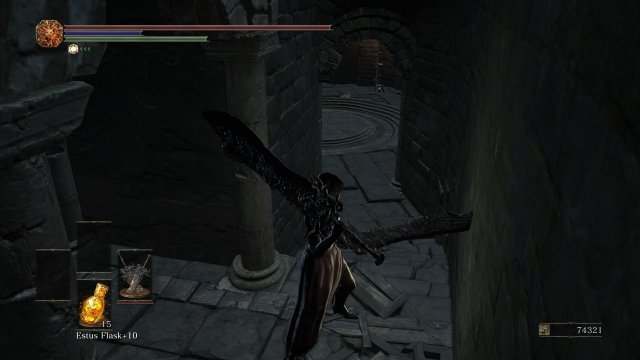 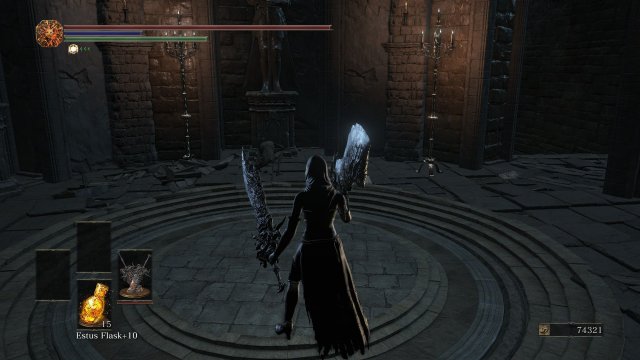 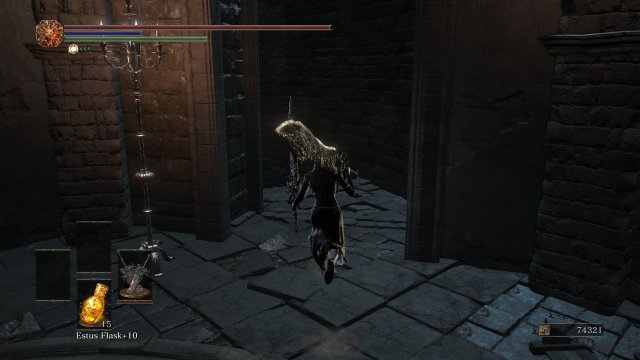 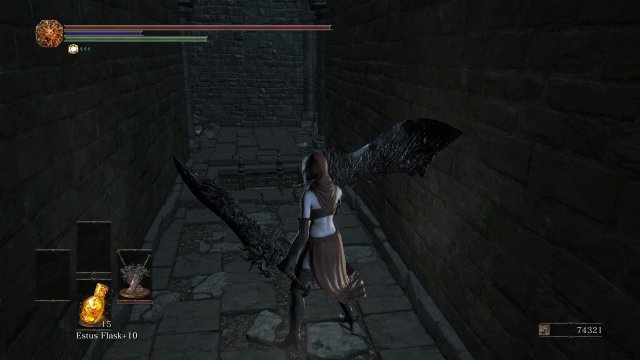 Go down the ladder (don’t fall down) into the shrine area and drop down the hole behind the altar. 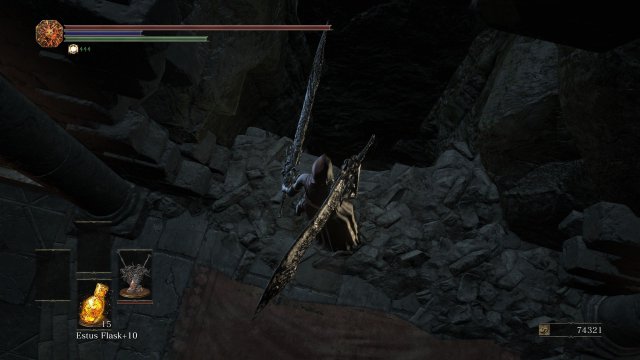 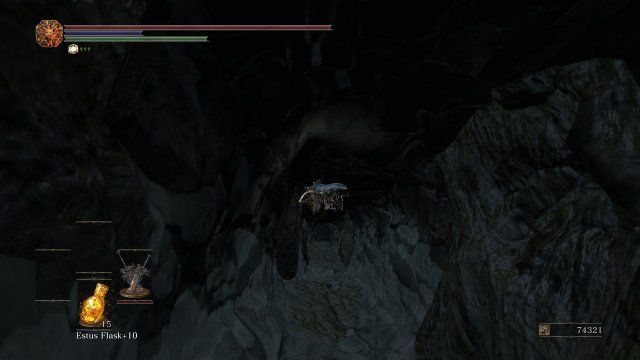 How to Defeat Darkeater Midir 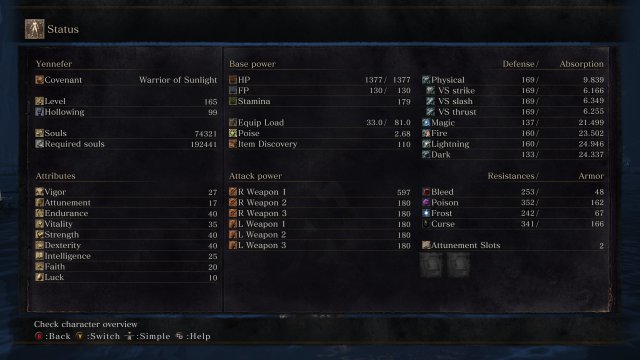 Armor: Catarina armor set (except a helmet, in my case it was the best armor to handle most of the attacks and survive. Bear in mind that your weight rating shouldn’t be above 70%. Weapon: this boss is resistible to pretty much everything, except lightning , so I highly suggest you to reinforce your weapon with a lightning gem or use items during the fight. My personal advice – use Dragonslayer Greataxe. Everything listed below will help you 100% if you’d use the same build as me.

Step 2: Right after you drop down to the boss arena sprint to the boss, take a little bit to the left, then, once you see him dodgin back and preparing to attack you – stop sprinting and just run forward him, when you see a fire in his mouth – dodge right into it twice (actually once would be enough when you’ll get how to beat him) and you won’t recieve any damage. (Dont be upset if you did it wrong and recieved some damage, just heal and do the next step).

Step 3: Right after you did the step 1, turn back where’s he’s moving to, take a bit left and sprint there. If you did everything right you’ll face him “recharging”, hit his head once ( do not be greedy! ), or if you feel that you won’t have time to hit his head – sprint under him ( I highly recommend you to sprint under him, because that way you” have more chances to survive ). Once you are under him stay near his left leg and hit it once or twice (depens on what happens next [look for step 4]).

Step 4: While standing under him he’d try to attack you with one of these ways – with a firebreath or with his hands.

Stay that way until he jumps away from you.

Also sometimes he could try to bite you, in that case you HAVE to dodge (just spam dodge button for the frist time, then you’ll learn his timing). He performs 2 bites in total.

Also sometimes he rushes on you, just look at him, if he’s moved a little bit back – prepare to dodge right on him, then you won’t get any damage.

Note: if you went far enough from him, but not really far, he’ll start roaming – just sprint under him (you can even don’t dodge) and once he stopeed running (if he manages to hit you with this attack – he’ll eat you, but its pretty easy to avoid), hit him once and he will repeat his attacks described in this step.

Step 5: When he jumps away from you – immediately start to run forward him, but look carefully at his head and remember what attacks he uses after specific head moves.

He has ~3 attacks when you run forward him:

Note: all these attacks can be avoided by trying to stand 99% of the time right under him.

Step 6: Also he can randomly perform a flying attack. In that case, once you see him flying, take a move left, turn back and just sprint foward (he will fly above you, burning everything to your left, but not you). Sprint till the end of the map in front of you – he’ll land there. Once he landed you can hit his head 1-2 times, but I suggest you to immideately go under him and hit his legs. Then repeat step 4 to hit him, while standing below his body.

Keep these tips in mind untill half of his hp is gone!

Step 7: Ok, if you survived till his half hp he will have 2 new attacks. (I recommend you to use an ember now to have that much hp as you can).

Step 8: The second stage attacks are just the same as usual + these 2 new attacks, so don’t be scared and keep in mind all these tips, stay calm, do not be greedy and you’ll beat him.

Do NOT stay in front of him or aside, he will immediately start to spam hit you.

I highly recommend you NOT to summon any phantoms, in that case Midir would have even more hp and you won’t be able to perfectly control the situation.

Do NOT lock target on him!

And do not be upset if these steps won’t help you right away, it took ~10h for me to understand his tactic, learn all of his moves and finally beat him. You want to raise your rank in the Blades of the Dark Moon covenant? Tired of killing 300+ silver knights in Anor Londo? Follow this easy guide to get your […]

Survival Tips This guide will provide various tips and advice regarding the gameplay to make things more bearable. The White Sign Soapstone required for co-op play can be purchased from […]