This build focuses on three aspects which are: CRITS, CRITS and more CRITS! (…and survivability, although that’s boring.)

We are aiming to be as tanky as possible so that we can avoid getting one-shotted by attacks in higher difficulties, but the meat of the build still lies on the Damage Output.

This build is viable for both solo and co-op play.

Ruin is just an excellent weapon overall, having decent dmg, fire rate and reload speed. Where it truly shines however, is its insane clip size (30!) that synergizes well with our armor’s passive (will be explained further). The mod on this weapon allows us to revive when it’s fully charged, which is very nice to have. Btw, this is a 3-shot burst fire weapon wich some people hate, but personally, I love it.

Obtainable by killing the Undying King. 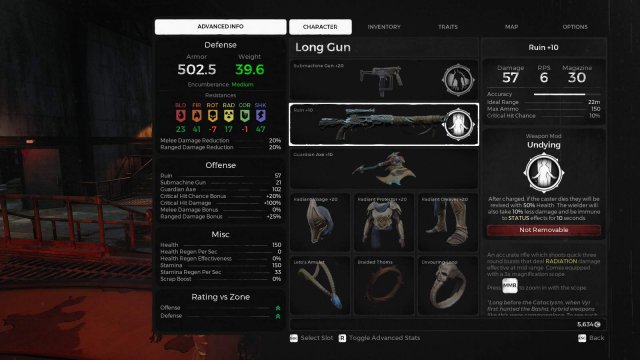 We want SMG in the handgun slot for two things: close range control and the ability to slot in the Hunter’s Mark mod. Hunter’s Mark increases our crit chance by 15% for a whole minute which we definitely want! Fast melee enemies that rushes us are bad news since Ruin is quite bad at close quarters combat, but the SMG covers that weakness very well.

Hunter’s Mark: Purchasable in Ward 13 or Starting mod for the hunter archetype. 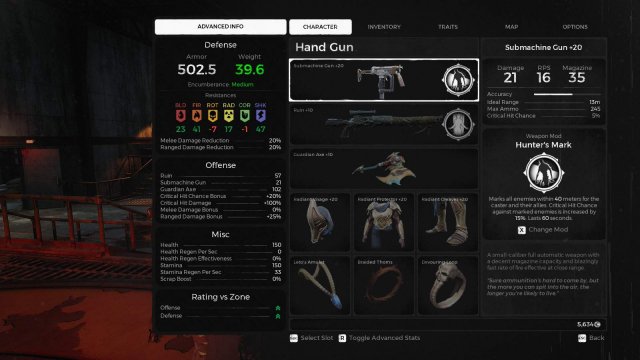 …But on a more serious note, we don’t really need a melee weapon so just go with whatever you think is best!

Radiant Set. The passive on this armor is just too good to pass up. More crit chance & dmg on dealing crits? yas pl0x. The Radiant Set has respectable defense and resistances, since it is a heavy armor, which ironically is it’s only downside, but don’t worry too much since we will be fixing this problem with the next entry.

Body and Legs: Purchase after depleting the conversation options with the Stuck Merchant (Yaesha) 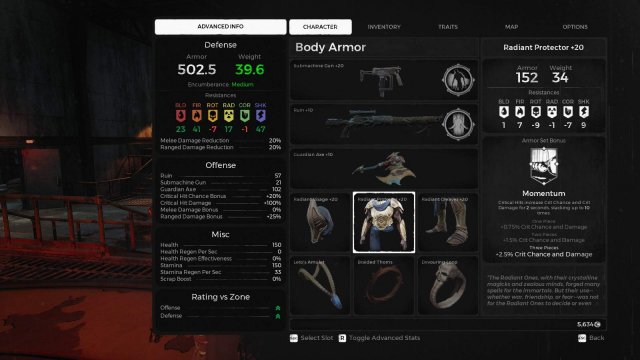 Leto’s Amulet, the saviour of this build. This Amulet might seem trash initially, but the 40% weight reduction on armors means that our Radiant Set is now a MEDIUM weight class armor! No more fat-rolling, yeeet! It also has a 10% reduction in stamina cost which is a welcome addition!

Obtainable in the Hidden Sanctum Dungeon (Earth), in a rectangular dead-end room. Crouch past the wall with “Only the penitent man may pass” writing. Not a 100% spawn, keep re-rolling! 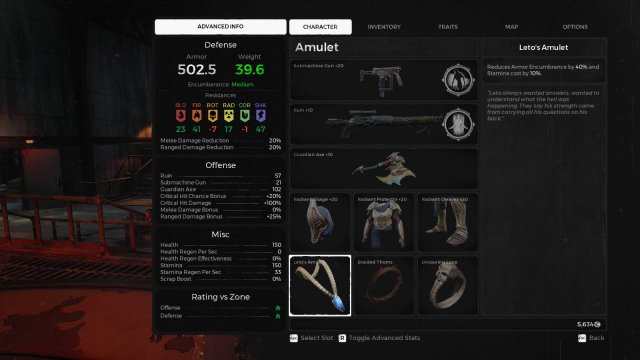 Braided Thorns gives you a 15% crit chance boost for 6s after killing enemies, which might be bad on other RPGs but you need to remember that bosses in this game spawns adds, which means the bonus from this ring is always going to be up!

Devouring Loop gives you a 5% chance on critical hits to deal 300% bonus dmg! NOW THAT’S A LOT OF DAMAGE! 5% might seem like a small number but a specific trait will increase this number by 15%, totalling to a whopping 20% chance! 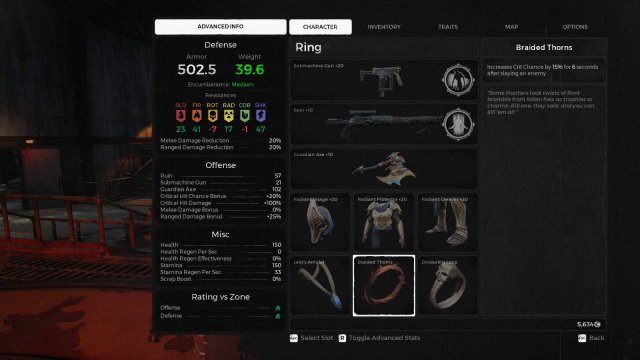 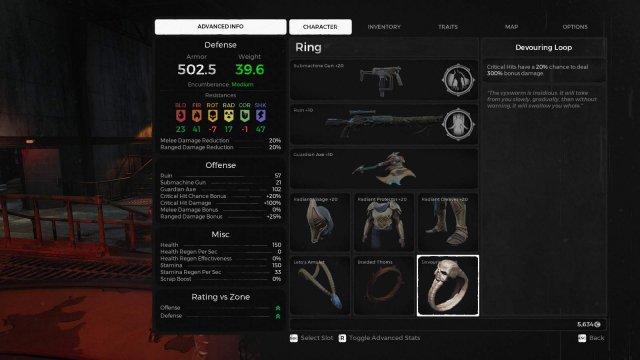 Catalyst: This is the trait that increases Devouring Loop’s proc chance by 15%! Max it!

Remnant: From the Ashes – Bell Puzzles and Monolith Puzzle

Spoiler Alert! The following guide is going to explain and reveal the solution of different puzzles you’re able to find in-game. Other Remnant: From the Ashes Guides: All Traits Guide […]