After playing the character since release against all types of players and learning everything there is to learn about him, I painstakingly created a Complete Ghostface Guide for ya’lls. 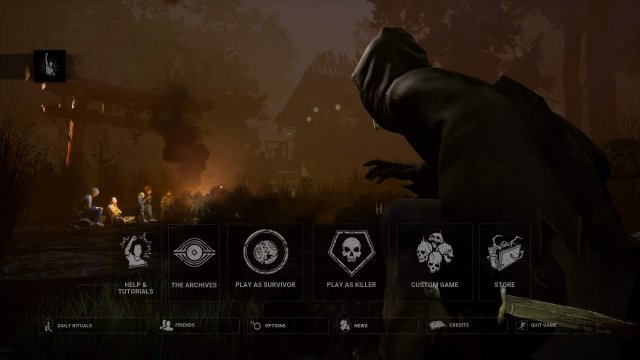 How difficult is Ghostface? While not the most mechanically-difficult killer, he’s pretty difficult to pick up and requires a hefty understanding of his power, maps, and how survivors play. Mastering this killer definitely takes a lot of practice. You might experience a lot of frustration as you get broken out of stealth for the hundredth time, or when you accidentally mark someone you didn’t intend to. 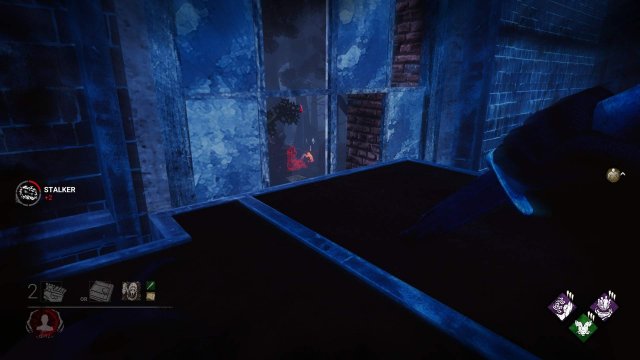 1. After trying different builds and swapping out perks, I’ve settled with Corrupt Intervention, Barbecue and Chili, Sloppy Butcher and Whispers.

You can run whatever you prefer of course, this is just my preferred build after testing many perks. If you’re newer to the killer, I highly recommend running more slowdown perks like Ruin or Pop Goes the Weasel.

2. Before the match starts, I learn the names of the survivors to help me know later on who exactly it is I’m stalking. If there’s 4 blendettes then it’s a GG for me (not really but it does get more difficult).

3. I set a patrol route to my 4 gens where I stalk them from a distance and keep moving. Corrupt Intervention lets me patrol a small area without exposing myself to the survivors. If nobody touches a gen for a while, I venture further out of the gen area and Whispers will tell me where they are. This rarely ever occurs.

4. If the map allows it, I often like to go to an elevated platform / building and move around until Whispers activates, at which point I’ll stalk through the windows in that area. I’ll almost always catch a survivor running to one of the open gens (since the further gens are still blocked). I’ll 99 stalk this person and leave them for the moment, if they aren’t approaching a gen. Other structures include the tractors on Coldwind. However, small hills don’t count-never attempt to stalk from these. There is no cover and you’ll likely get seen, if not broken out of stealth.

5. I’ll soon catch someone working on a gen and hopefully mark and down them quickly. If I see more people nearby that I haven’t stalked, I’ll try to injure them and spread damage before hooking the original downed survivor. This is especially important as it makes the other stalked survivors more likely to come for the save and putting themselves in a bad position. In fact, the ideal GF situation is where most people are injured but 1 or 2 people are healthy but almost fully stalked. Now I know exactly who will come for the save, since few injured survivors would want to attempt a rescue with a wild Ghostface on the loose. BBQ and Chili will show me their exact location and if they look like they’re about to come for a rescue, I can intercept them. Now with the healthy survivors downed, it really puts pressure on the injured survivors, and I can either hook the person I just downed or go after the injured people. This is how you can snowball with GF and win the game in a single decisive moment.

You might think that this is unreliable because survivors can just hide in lockers to counter BBQ. Yes, they can, but not many people hide in lockers against a ghostface unless they’re the only ones left.

6. Sloppy Butcher is actually very important for this playstyle to work; without it, everyone often ends up healing before you have time to down another survivor, making it difficult to predict their next movements. Many people at high ranks neglect healing if this perk is involved, so there’ll be a few people injured most of the time, making it easier to predict who will possibly come to rescue a teammate and who will remain on a faraway gen.

Do you notice a bit of a trend here? Always take a few tracking perks to enhance your ghostface gameplay. You need to know where the survivors are, you never want to haphazardly stumble onto one. This is one factor that separates the good ghostfaces from the weaker ones. Use these perks along with your predictions to one day become a god ghostie.

You can also do well with instadown perks, such as Haunted Grounds or Make Your Choice, as survivors will never hear you coming and you can down them in one hit.

His stalk recovery addons are the best (Chewed Pen/Address Book/Walleyes Matchbook), followed by increased stalk speed when not leaning (Monocular, Belt Clip, Philly). Of the ultra rares, the Security Camera can be very useful, while the Tape usually isn’t necessary, as lean stalks are very fast to begin with. Faster crouch speed addons aren’t terrible. The lower reveal range addons (License/Detailed Routine) sound good on paper, but playing Ghostface effectively means you won’t even be seen until it’s too late, thus making them unnecessary as well. Faster movement speed while stalking and longer Killer Instinct addons are both pretty useless.

Ghostface is a pretty map-dependent killer, so here’s a rating of all the maps in the game.

A Compilation of Cheeky Stalk Points

While most of the time you’ll be stalking survivors normally, there’s always a chance you’ll be noticed, there are several locations in the game where you can stalk with a little to none chance of being noticed. A lot of these places counter strong loops while others aren’t AS useful, but all of these are nonetheless extremely satisfying to pull off. This mainly provides insight on how strong stalking can be.

Here’s a compilation of many of these locations. The red glowing survivor indicates that they’re able to be stalked there.

So that’s basically what you need to know about playing as and against Ghostface. Despite the title, I probably missed some things, so feel free to suggest tips or ask questions. 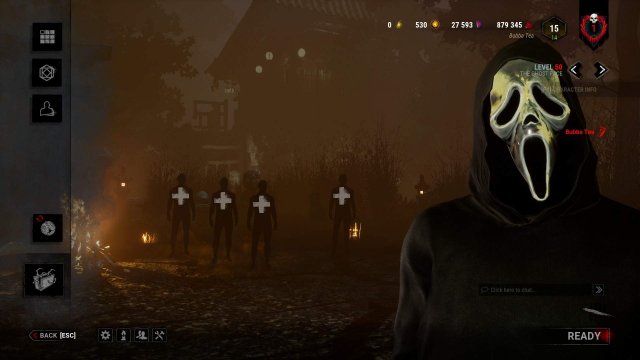 Good perk builds to use with Bubba in Dead by Daylight. Leatherface Perk Builds Builds Bbq. Save the best for last. Bamboozle. Discordance. Use bbq to quickly find a new […]

As you may know, the developers added a Promo Code Service to the in-game shop with new 4.10 patch. This guide contains all valid codes and will be updated as […]

Dead by Daylight – How to Survive (Curtain Call Chapter)