This is just a quick guide to show the location of the Grineer Excavation Camp and the associated easter egg / secret involved with it.

I’ve never seen anyone else mention this. I’ve never seen anything about it anywhere online. And… anytime I mention it I get told how big of a liar I am. Apparently I’m big enough of a liar that no one has ever bothered to “call my bluff” and join me to see this in-game so I figured I’d make this guide. That should clear my name and hopefully drum up some interest in people actually finding more easter eggs like this as I’d love to know more of them.

What is it exactly?

There is a Grineer Camp on the plains which has a mapping computer located inside it. Whenever you use the computer it will “detect” buried treasure (up to 3 actual buried locations) and send a fly bomb drone out to blow open the pit and unearth the goods.

The rewards for doing this are extremely minor. Its more or less just something neat and hidden to see. You only get some ferrite, grokdrul, and the like. Just common plains materials.

Where and how to do this?

1 – Go to the Grineer Excavation Camp located the East of the Cetus entrance. It’s near the Hillside ruins as shown here. 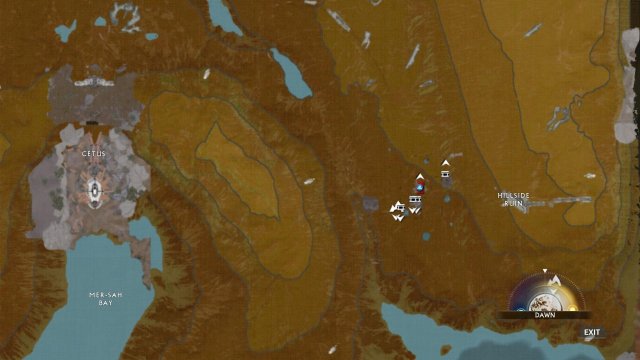 2 – At this camp there will be area’s that are covered up with dirt, like so… 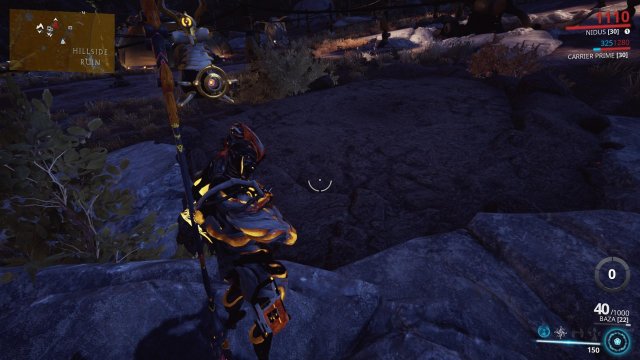 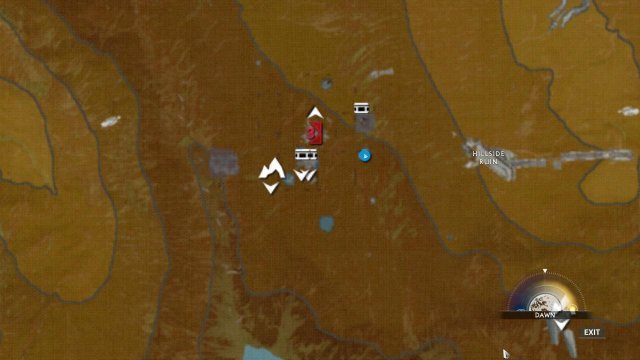 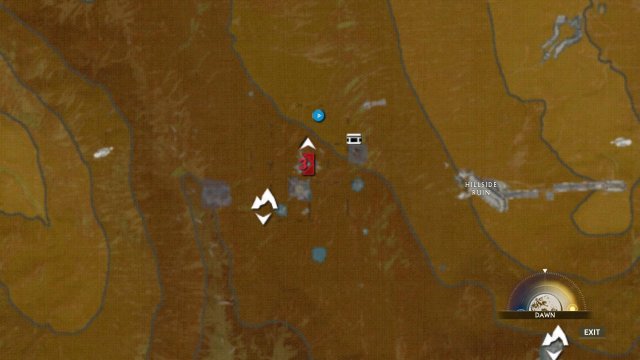 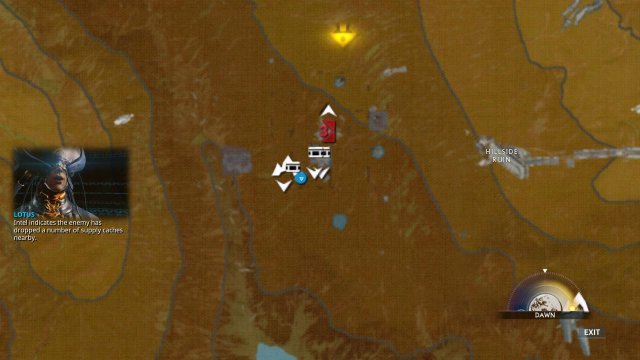 3 – There is a small outpost as the central point of the camp. Inside it there is a big computer table with a map and a useable terminal. it shows the area of the camp. 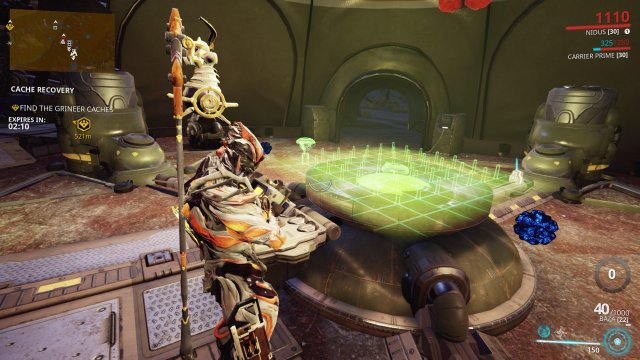 4 – When you use the terminal attached to the map computer you’ll active these snazzy Grineer “thumpers” which will thump the ground and attempt to “detect” the location of a treasure. 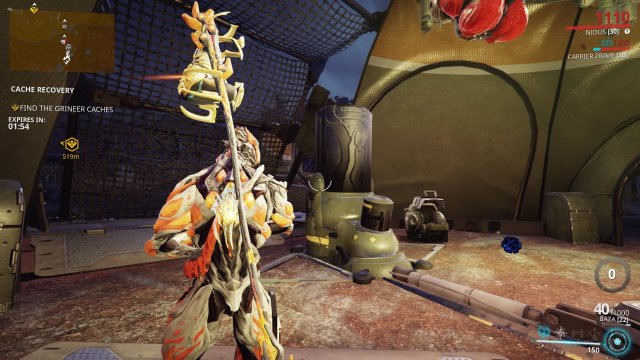 Bask in the mighty presence of the thumper!

If an unearthed treasure is located then one of the 5 red & black bomb drones located on the ceiling will be dispatched to blow the dirt clean off of it. 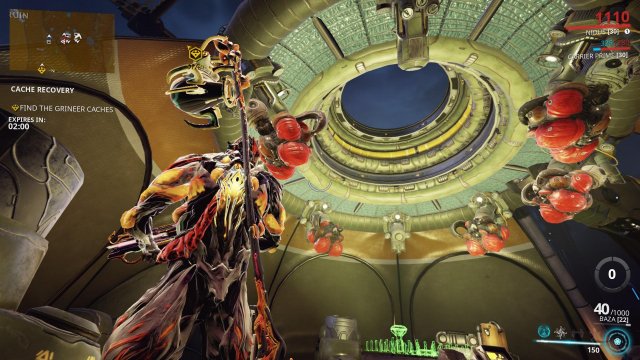 Behold the glorious bomb drones! Sadly, they can’t be scanned for the codex. They can however be destroyed so be careful not to blow them up or they can’t blow open your buried treasure!

5 – So… you used the computer map terminal and the thumpers did their thumping? 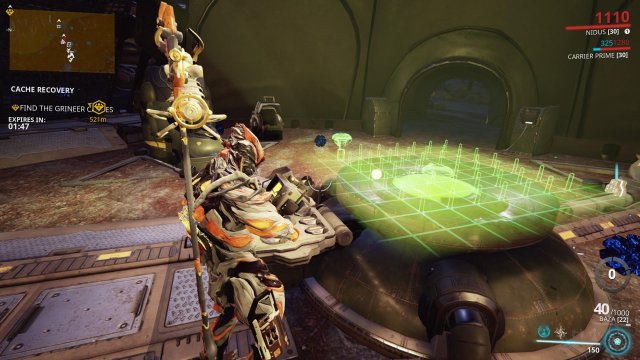 Oh look! It found something as indicated by the white circle now blinking on the previously empty map!

Now a bomb drone heads out… 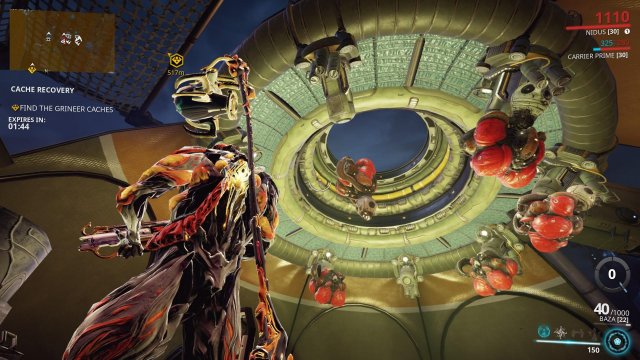 6 – The bomb drone happily makes its way to the indicated area. Its excited to get to work on its first day on the job! 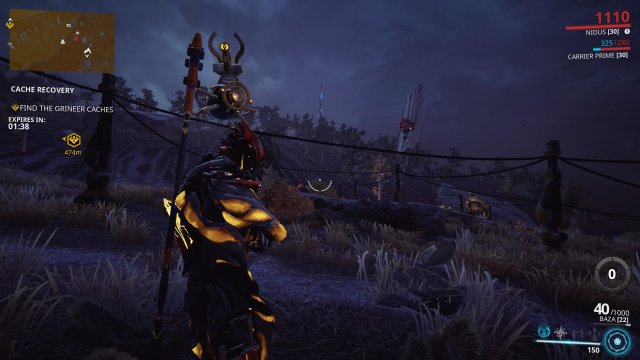 7 – Its first day ends in a horrible explosive death as it unearths meager amounts of supplies and some snazzy looking ancient bones. But its death will go a long way in proving I’m not a liar… 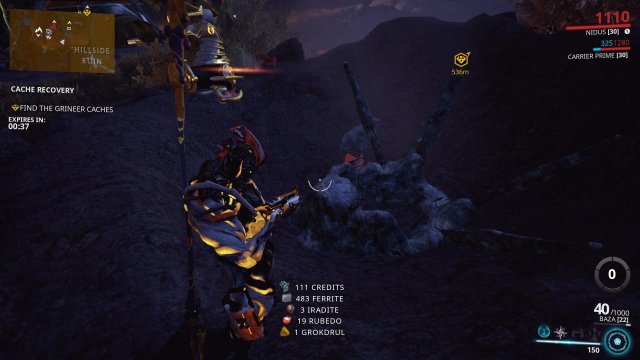 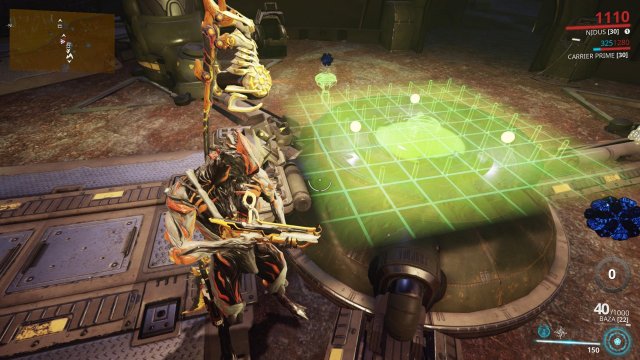 Everytime the computer is used and the ground thumped it will “ping” one of these 3 locations at random. It may take several attempts to get it to ping all of them.
Note – While there are 5 drones there still appears to only be 3 “diggable” areas. I’m guess the others are just there incase of accidental premature explosive deaths.

A simple step by step guide to farming Sentients for Vengeful Revenant and War parts. ContentsIntroduction and Why Farm War PartsThe Tools The Actual GuideFarming Stalker for Broken War BP […]

A guide for every location of the new Gas City Secret Labs as well as their accompanying access controllers and control panels that I am aware of. Currently contains information […]

A guide talking about my opinion(s) of the Dread. Other Warframe Guides: Ways to Earn Platinum. Optimized Volt Builds (Advanced Guide). The Riven Trading Guide. What It Is The Dread […]