The system shown here was created & tested in Creative mode.

For this guide I created a solar powered stationary(kit) battery charging system, on Mars.
3 solar panels for 3 batteries here, worked OK on Mars during daylight.
I included a number of lights , only to create a load on the system, especially at night.

For any reason solar does not put enough charge into the system, a backup was required to maintain the battery array. 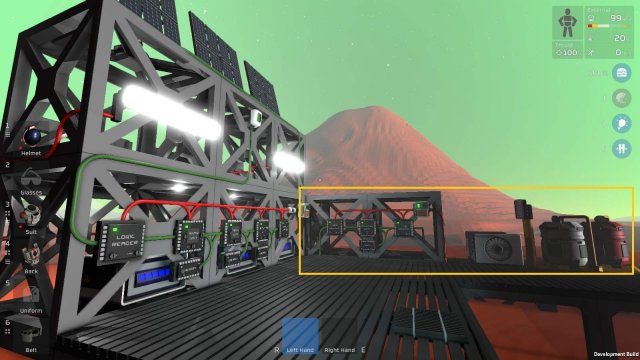 Above: Shown here with my solar tracking setup and battery array, using a gas powered generator as backup. 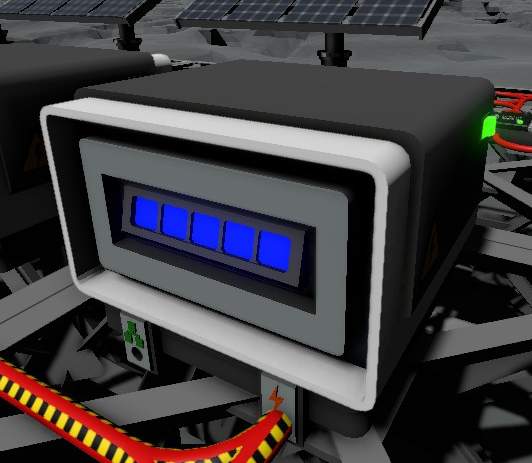 I have utilised the battery’s Mode value for the logic in this system. Mode could be read as ‘charge state’.
Each battery has 7 modes, indicated by the colour blocks displayed on the front and rear of the unit.

Front referred to here is the side of the battery having both power and data ports.

When a battery is less than fully charged, a backup is engaged to bring the battery array to full charge.

The batteries are interconnected as an array.
The backup hooks into the solar panel>battery array cable. 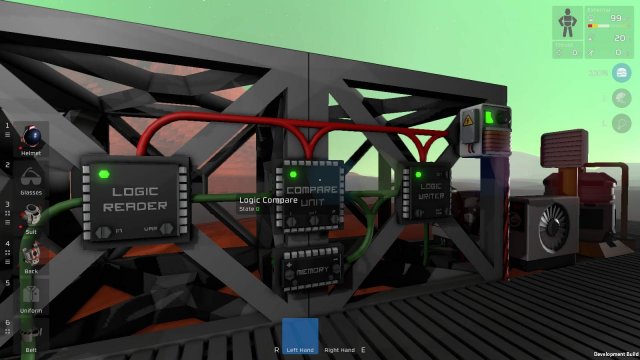 The components and settings are shown in the images below. 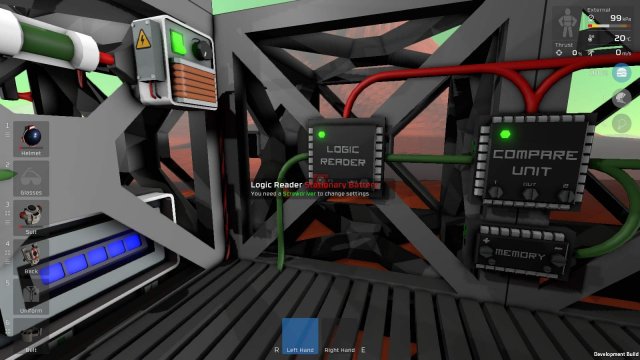 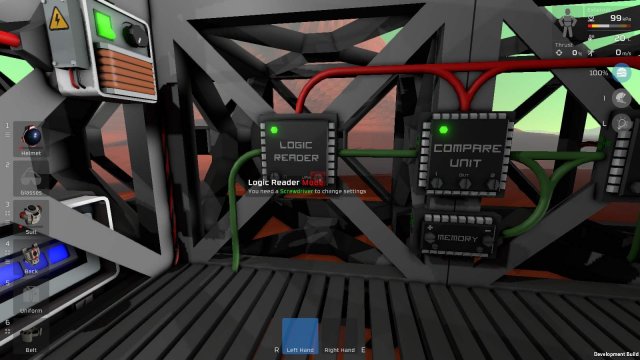 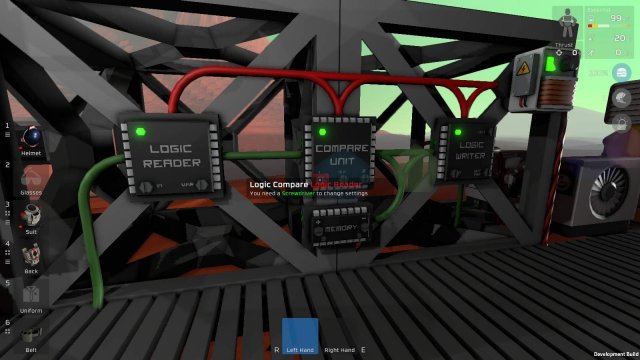 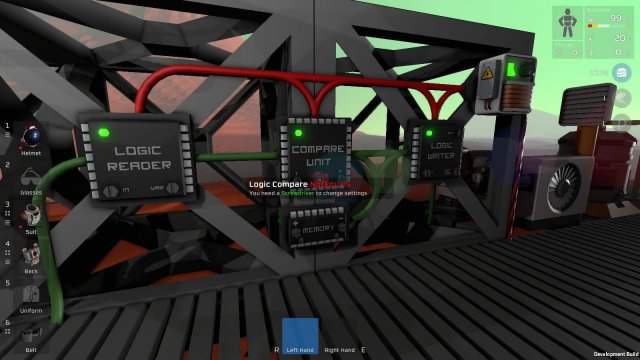 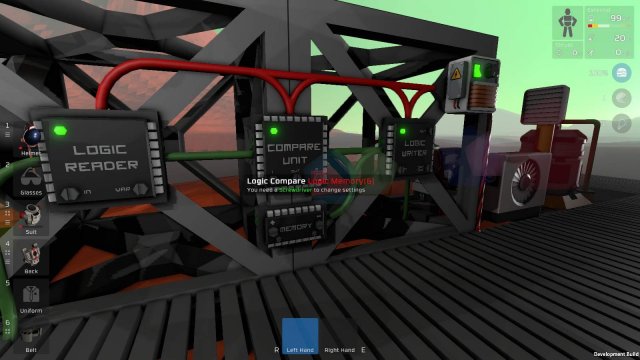 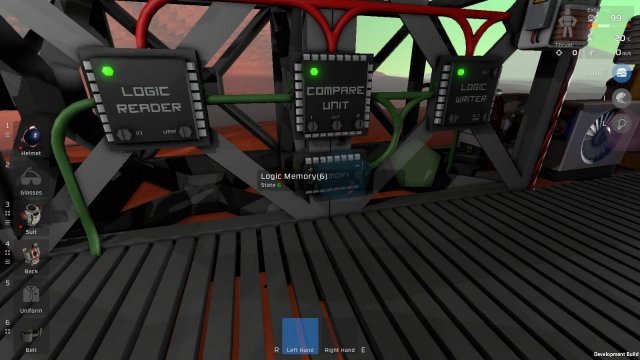 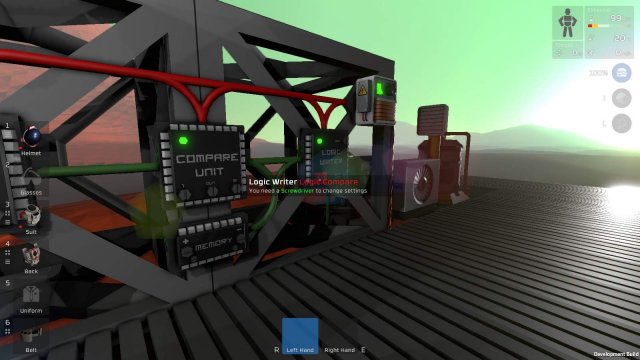 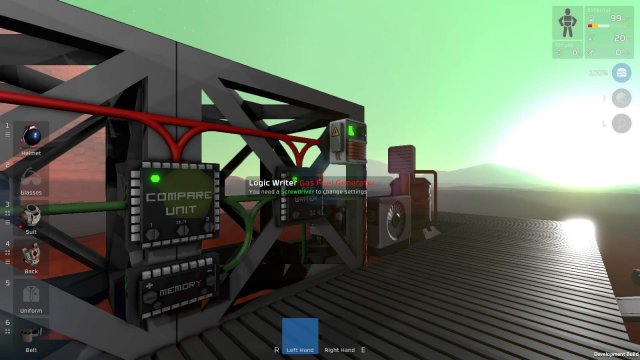 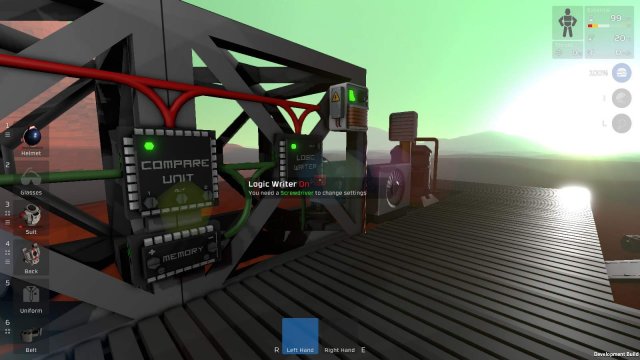 The system shown here was created & tested in Creative mode.
No known reason why it won’t ‘work’ in Survival – the Gas Fuel Generator fuel supply would need to be guaranteed.

The system as shown is powered from the battery array via a small transformer (outputting 100W – sufficient for the logic setup), hence some power remaining in the battery array is required for it to work. Given that it activates when any battery drops off full charge, I don’t see this as a problem for my use, however an Area Power Controller (APC) could be used with small battery installed to provide backup power to the logic setup. The presumption being the APC would only be needed when all batteries are dead flat.

The amount of load and the time the backup charge system is active, may be affected by anything connected to the batteries during backup charge.

Note the simple data and power cable layout in this guide. It provides me a better idea of data and power flows.
In any cabling setup I try not to cramp component layout, but make every effort to create space for a simple and intuitive cabling layout. 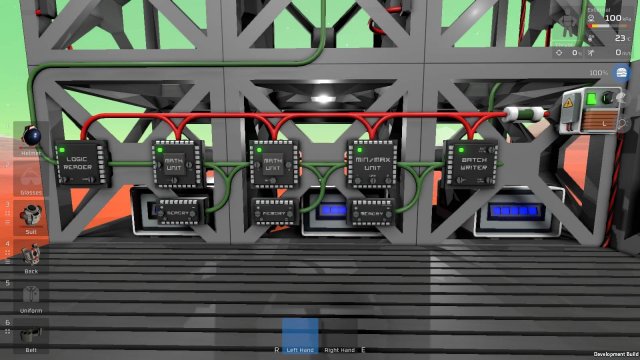 Above: The solar tracking logic setup used for this guide. Again note simplicity of cable layout.

In this guide you see the Stationary Battery Backup using a Gas Fuel Generator for backup, but any system with an ON/OFF state could be utilised here.

It was tested with an RTG. The RTG does not have an ON/OFF state but a small transformer was installed between the logic setup and the RTG to give the ON/OFF capability.

The actual backup system used is not important for the purposes of this guide, but I have included some images of the gas fuel generator system used here, for info. 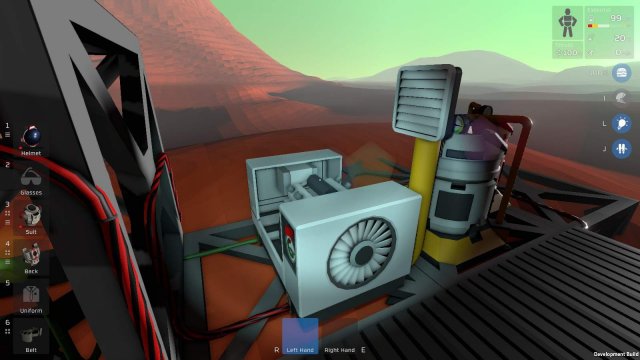 Above: Gas powered generator as installed. 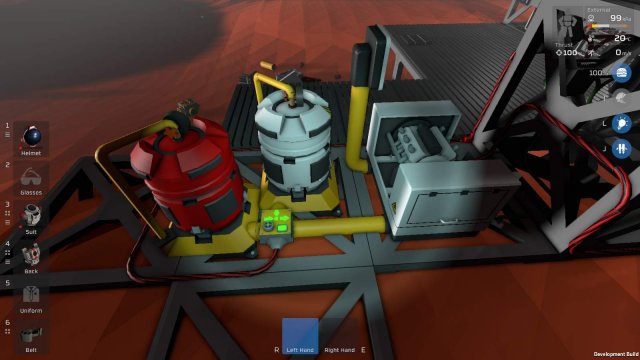